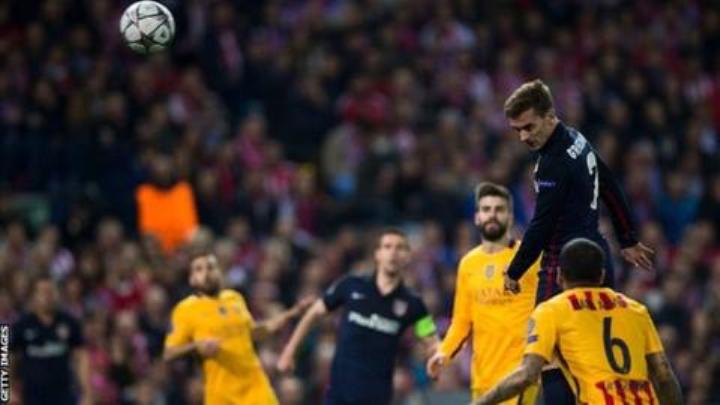 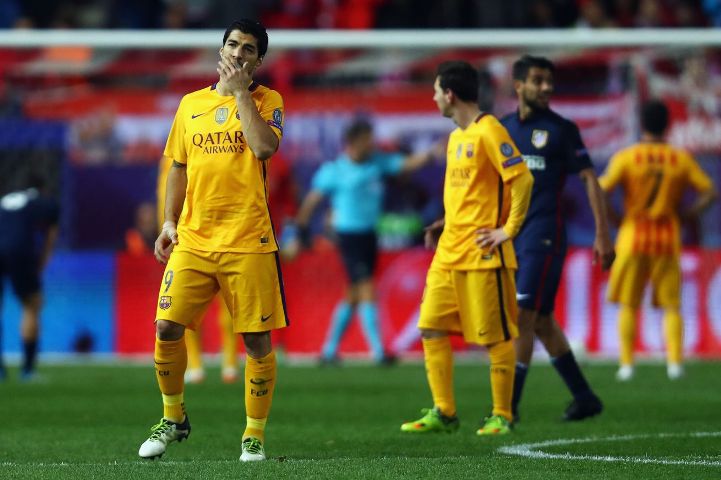 Barcelona coach Luis Enrique admitted his side are suffering a slump in form after a third defeat in four games saw them dumped out of the Champions League by Atletico Madrid.

Antoine Griezmann struck twice for Atletico in a 2-0 win Wednesday to seal their passage to the last four at Barcelona’s expense for the second time in three years, 3-2 on aggregate.

“It is clear that we are not in our best form, especially if you consider how we were playing before, but we need to lift ourselves,” said Enrique, whose side’s dreams of a treble were dashed.

Barca had gone 39 games without tasting defeat before losing back-to-back La Liga games to Real Madrid and Real Sociedad to leave Atletico also breathing down their necks just three points behind in the title race with six games remaining.

Enrique’s men will return to the Vicente Calderon in May for the Copa del Rey final and he insisted a league and Cup double would still mean a successful season despite missing the chance to become the first side to retain Europe’s top trophy since it became the Champions League in 1992.

“The team wanted to retain the title, it was one our objectives and excited every Barca fan, but it isn’t to be,” said Enrique.

“We are finding it much more difficult than normal to score goals and suffering defensively too. We all have to improve and I’m the first one in that regard,” he added.

“The objectives for Barcelona are always the highest possible. We should be proud that Barca are always favourites for everything.

“We understand that we have to accept defeat, we have other competitions coming up that we can win. For any coach in the world to win two titles is a successful season.”

Victory ended Atletico’s seven-game losing streak against Barca dating back to when the Madrid club sealed their La Liga title at the Camp Nou in 2014.

Real lie in wait once more along with Bayern Munich and Manchester City in Friday’s semi-final draw.

“I don’t have any thought for the semi-finals other than winning,” he said.

“We won’t have anything easy. City have incredible financial power and Real Madrid and Bayern are historic teams in this competition.

“For Atletico to be among the four best teams in Europe is an important step, but just that, because we want more.”

Griezmann was Atletico’s hero as he took his tally for the season to 29 in all competitions with a towering first-half header before sealing the tie from the penalty spot two minutes from time.

However, the Frenchman was quick to laud the collective effort of his side as they shut out Barca’s fearsome front three of Lionel Messi, Luis Suarez and Neymar for their 29th clean sheet of the season.

“Everyone works hard defensively and tactically we are nearly perfect,” said Griezmann.

“We are very happy tonight. I’m happy because I scored two goals and tomorrow we won’t talk about these two goals but the great effort of the team to be in the semi-finals.” – Agence France-Presse