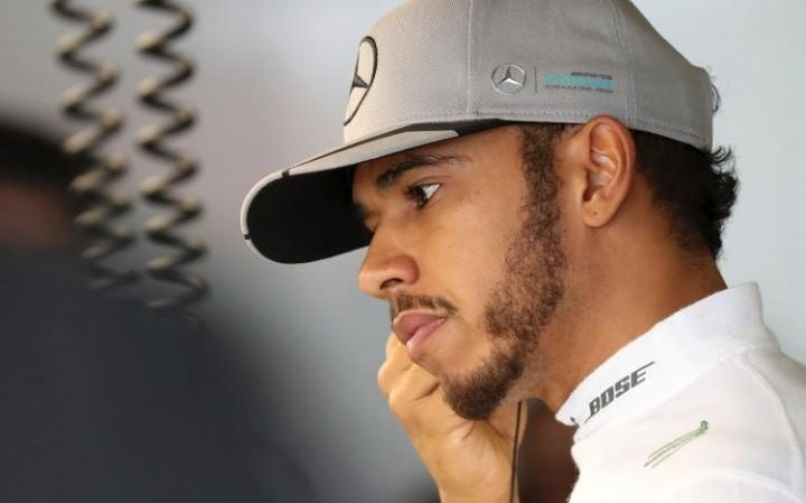 Lewis Hamilton smiled, talked and even organised a photograph on Thursday as he began his preparations for the United States Grand Prix with a charm offensive at a mandatory pre-race news conference.

The 31-year-old defending three-time world champion, who is 33 points adrift of Mercedes team-mate Nico Rosberg with four races remaining, was on his near-best behaviour two weeks after his infamous Snapchat episode in Japan.

Gone was the abrupt and sulky Suzuka version of Hamilton to be replaced by a man keen to give full answers and deliver some smiles as he requested that Frenchman Romain Grosjean take a photograph, using his mobile phone, that had Hamilton snapped in front of a room full of journalists.

Asked about blocking some reporters from accessing his Twitter account, the Briton said: “I don’t manage every single part of my social media.

“I have a couple of people doing it for me. I don’t have a lot of time to do that. Generally, if you see someone (saying something bad) they just block. It was a blocking spree. I don’t even have the app on my phone.”

Hamilton was asked about the picture taken on his phone during the news conference.

“I took a picture,” he said. “I waited for everyone to finish their questions and answer. It was a good picture and you’re all in it.”

Wearing glasses and smiling, Hamilton was clearly at home and happy to be back on American soil ahead of Sunday’s race at the Circuit of the Americas where he clinched his third title last year.

In Japan, the Englishman had said he would prefer to answer questions that were compiled by fans. His wish was realised when a reporter asked a question on behalf of a fan.

Would Hamilton take a sabbatical?

“I don’t plan on taking a sabbatical unless it is to stop,” he answered.

The second question, also on behalf of a fan, was about how he would feel if Rosberg wins the drivers’ championship.

“But I am still in a position with the points available. Anything is possible. I will then move on once it is decided — all I can do is shape the future, which is next year.

“Life moves on and next season I will come back stronger.”

Hamilton also confirmed with a smile that he had enjoyed the chance to be the first F1 racing driver to appear on The Ellen DeGeneres Show, the American chat show.

“I was very fortunate,” he said. “I love being in the States, it is a good opportunity for me to reach a new audience who perhaps hadn’t heard of F1, but they were all glued to their seats to learn of something knew.

“I do not think any driver has been on the Ellen show, so I’m proud of that.”

Hamilton also explained that he had missed a tyre test session last week due to a sore foot caused by running in training.

“It’s an injury I’ve had all year and I’ve just coped with it,” he said.

“It was just induced by running. Unfortunately, my physio said that it just takes time and a lot of stretching.” – Agence France-Presse