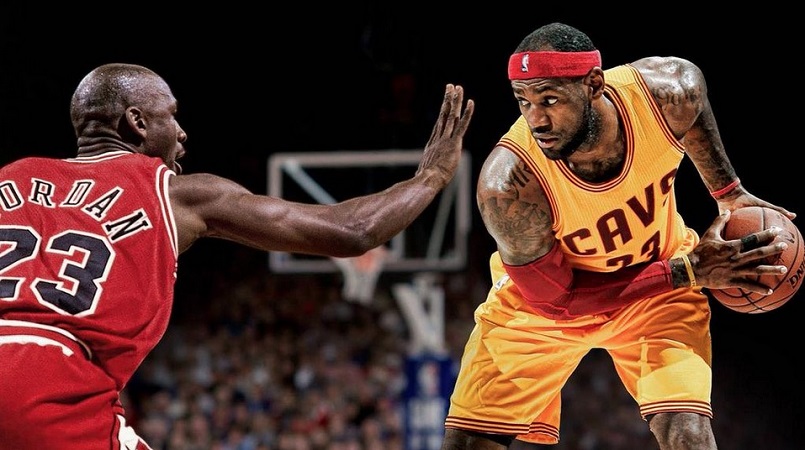 James, a native of nearby Akron, will begin his 14th NBA campaign Tuesday as the Cavaliers raise a championship banner at their 2016-17 season opener against New York.

The 31-year-old playmaker, a four-time NBA Most Valuable Player, unleashed one of the NBA’s greatest one-man efforts last June as Cleveland made the biggest comeback in NBA Finals history from 3-1 down to beat Golden State in the best-of-seven series.

James averaged 29.7 points, 11.3 rebounds, 8.9 assists, 2.3 blocked shots and 2.6 steals a game — leading the finals in each category in an unprecedented feat that earned him unanimous NBA Finals MVP honors.

James sought the fairytale ending when he returned to Cleveland in 2014, having won two titles in four seasons with the Miami Heat after playing his first seven NBA seasons for the Cavaliers.

Now he admits his drive and inspiration come from trying to overtake former Chicago Bulls star Jordan and be seen as the greatest player in NBA history, a Herculean challenge that should see James to the end of his career.

“My motivation is this ghost I’m chasing. The ghost played in Chicago,” James was quoted by SportsIllustrated as telling a high school basketball player.

“What I’ve gone through is totally different than what he went through. What he did was unbelievable and I watched it unfold. I looked up to him so much.

“If I can ever put myself in position to be the greatest player, that would be something extraordinary.”

Jordan, now 53, won six titles in six trips to the finals in the 1990s with Chicago, each time the NBA Finals MVP. He was the regular season MVP five times, an NBA All-Star 14 times and the NBA scoring champion 10 times. He’s also the all-time NBA playoff scoring leader and ranks fourth on the all-time NBA regular-season scoring list.

And that was with Jordan, now the wealthy owner of the NBA Charlotte Hornets, retiring for almost two full seasons in the 1990s for a failed bid at a baseball career.

James has three titles at the same age Jordan had won three titles but has already been to seven career NBA Finals, including the past six in a row. He owns three NBA Finals MVP awards from his championship runs in 2012, 2013 and this year. He’s a 12-time NBA All-Star but won his only scoring crown in 2008.

Both were known for high-leaping slam dunks and acrobatic style in jamming the ball through the cylinder in younger days and adapting to age by utilizing teammates more.

James is still writing his story. Only 12 players have more NBA Finals appaearances, most of them from the Boston Celtics dynasty in the 1950s and 1960s and the rest from the Los Angeles Lakers.

In his five seasons after age 31, Jordan won three titles with Chicago and made a two-year comeback from retirement with the Washington Wizards from 2001-2003, retiring for good at age 40.

By that scale, James has nine more years to make his case as the Greatest of All Time.

“That’s my personal inspiration. That’s what drives me,” James told ESPN. “I’m chasing that greatness. That’s how great that ghost was. If I can be in a situation where I’m even talked about as the best basketball player ever, that will be great.”

But first things first. For James, that means Tuesday starts an eight-month quest to return to the NBA Finals and defend the title, something no Cleveland team has managed since the 1955 NFL Browns.

“It will not be easy, and it shouldn’t be easy,” James said. “In my two years here, it’s never been easy, and in my 13-year career, so far nothing has been easy. So I look forward to the journey and the work that lies ahead.” – Agence France-Presse