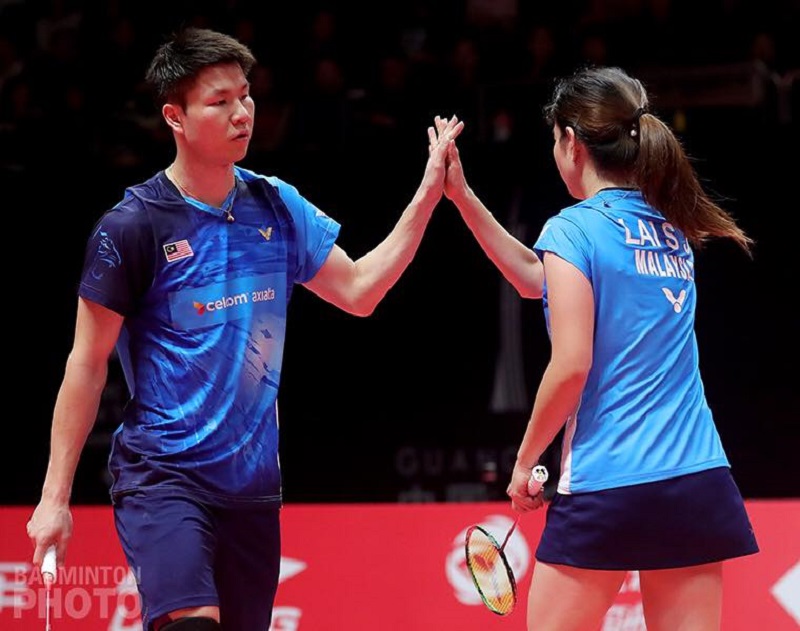 Mixed doubles Goh Soon Huat-Shevon Lai Jemie gave their game a shot in the arm for the Sea Games in the Philippines when they ended their semi-final jinx to reach the final of the USD200,000 Gwangju Korea Masters on Saturday.

It put to rest heartbreaking defeats in four previous last four appearances – the All England, the German Open, the Fuzhou China Open, and the Yonex Sunrise Hong Kong Open. In the All England, they lost to Yuta Watanabe-Arisa Higashino of Japan, the Fuzhou China Open to Zheng Siwei-Huang Yaqiong (China), the Hong Kong Open to He Jiting-Du Yue (China).

In the German Open, they lost to Seo Sung Jae-Chae Yujung in the semis but gained sweet revenge over the Koreans by knocking them out in the quarter-finals on Friday with an 11-21, 21-13, 26-24 in a 55-minute thriller.

“It is a big boost for us to reach the final and a boost for our hopes in the Sea Games. However, we are not getting carried away and will focus on the final,” said Shevon.

Professionals Goh V Shem-Tan Wee Kiong continued with their fine form in Gwanju to reach the men’s doubles final – their third final this year after winning the Thailand Masters in January and the Taiwan Open in September.

The Rio Olympics silver medal winners staved off a late fightback from home favorites Choi Solgyu-Seo Seung Jae to prevail 16-21, 21-15, 21-19 in 57 minutes for a place in the final. The Malaysians had beaten the Koreans, who won the Hong Kong Open earlier this month.