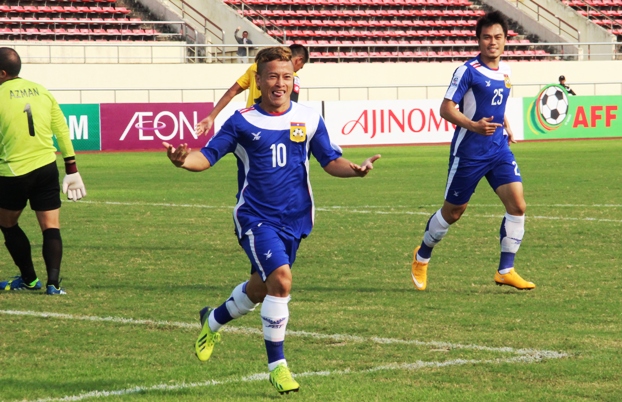 Hosts Laos moved a step closer to securing a place in the final rounds when they defeated Brunei 4-1 here in the AFF Suzuki Cup qualifying competition at the National Sports Complex Stadium. Today’s win comes hot on the heels of their opening 3-2 win over Cambodia two days ago.

Laos top the group for the time being as Timor Leste, who also won their opening game, will face Myanmar in the second match of the day later this evening. Laos do not have a game on the next match day which means they will have a three-day break before they face Timor Leste on Saturday.

Laos made two changes to their line-up while Brunei had a new keeper between the posts. The changes worked wonders for Laos, at least at the start of the game when they blasted two quick goals to surprise their opponents.

After almost scoring from a freekick from Souk Aphone, Laos took advantage of a defensive blunder to score the opening goal. In the fourth minute, Khampheng Sayavutth, the two-goal hero from their opening game 3-2 win over Cambodia, stole the ball from Shahrul Rizal Abd Rahman and raced towards the lonely keeper. Khampheng’s shot however was saved by Azman Ilham Md Noor but to his dismay.  Souk Aphone pounced on the rebound and scored.

Two minutes on and the Laos fans were on their feet again when Souk Aphone picked up a cross on the top left of the box, side-stepped a defender and rammed his shot beyond Azman. While Laos dictated play for most of the half, Brunei had some chances and in one of their attempts up, scored through Awangku Mohammad Fakharrazi Pg Hj Hassan who lobbed the ball over the goalkeeper.

After the break, Laos added two more goals through Khampheng and Souk Aphone who sent a low shot into the far right corner in the 49th and 68th minutes. Five minutes from the end, Khampheng’s crisp header whizzed just over the bar. Brunei finally struck it right when Muhammad Shah Razen Said found his mark in the 89th minute.

Laos coach David Booth said after the match. “We started a lot better than our first game. But the soft goal we conceded placed pressure on us. The most important is that we have won our first two matches. I said before the first game that we want to first match, and I said the same thing about the second. Now, I’m saying let’s try and win the third (against Timor Leste).”

“Unfortunately, we all make mistakes. We made a mistake early in the first half but after the second goal, we controlled the game. Then, we made another mistake and we were chasing the game again. We have to analyse our game,” said Stephen Kean. He added he would watch the game again and see where the team went wrong and the positives in their game today.

Today’s loss was Brunei’s second and they will need to garner a good result against Myanmar in two days to keep their hopes alive. 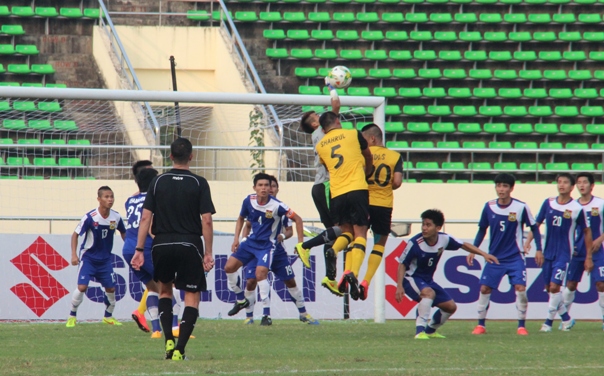