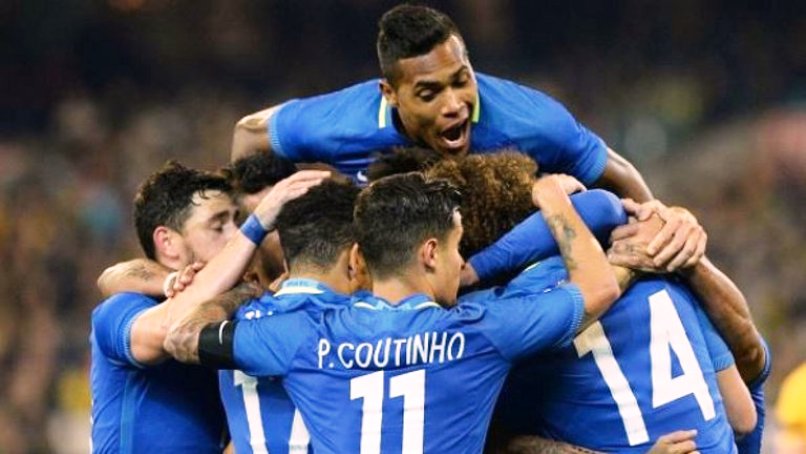 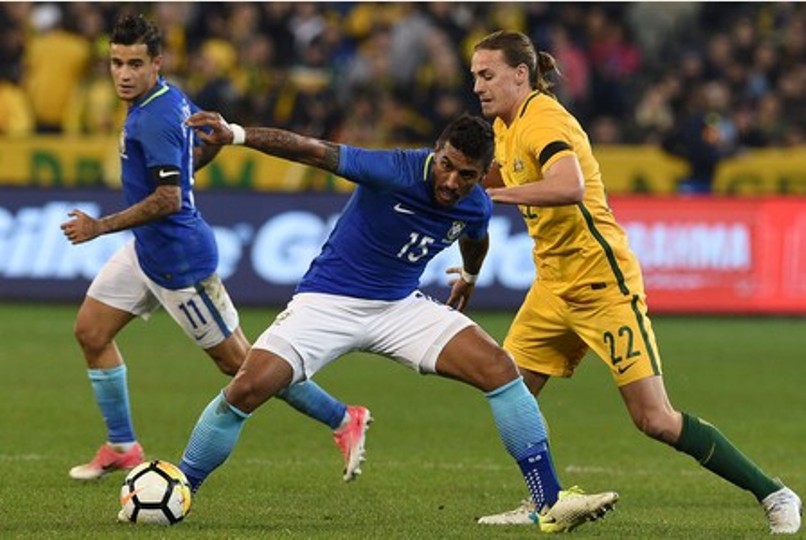 The world’s number one team Brazil demolished Australia 4-0 fired by a Diego Souza goal after just 12 seconds in their international friendly in Melbourne on Tuesday.

The Socceroos held the five-times World Cup champions to 1-0 at half-time but the dazzling Brazilians ripped apart the home defence with three second-half goals.

Brazil bounced back spectacularly from their 1-0 loss to Argentina at the same venue on Friday with captain for the night Liverpool’s Philippe Coutinho and Chelsea’s David Luiz outstanding for the South Americans.

Brazil, which did not bring stars Neymar, Marcelo, Dani Alves or Roberto Firmino to Melbourne, still had far too much firepower for the Socceroos.

Brazil got off to a stunning start with a goal after just 12 seconds when defender Bailey Wright dithered and gave away the ball to Giuliano.

But after the catastrophic start, the Socceroos settled down with their passing improved from last week’s World Cup 3-2 qualifier win over Saudi Arabia.

Coutinho, Brazil’s ninth captain since Tite became manager, troubled the Australians with his deft close skills and touch, while Luiz was rock solid as the holding midfielder in front of the back three.

The Brazilians made it 2-0 just after the hour when Luiz’s thunderous header from Coutinho’s corner came off the bar for Silva to nod home amongst a crowd of players in the six-yard box.

Langerak saved with his legs to deny Souza from scoring when Mark Milligan gave away possession to substitute Willian as Brazil turned the screws on the Socceroos.

After exquisite interplay by Willian, Paulinho back-heeled the ball into Taison’s path to slot home.

Souza had a free header off corner in the third minute of stoppage time to round off the scoring for Brazil.

It was a sobering farewell for the Australians, who leave on Wednesday for Russia and the Confederations Cup where they face Germany in their first game on June 19.

“I guess the first half, apart from the first action where we conceded a silly goal, I thought it wasn’t too bad,” Australia coach Ange Postecoglou said.

“The second half, I’ll take responsibility. We made a lot of changes and looked disjointed and they took advantage of that. And we conceded two from set pieces which we hadn’t done for a while.”

Brazil, who were the first time to qualify for next year’s World Cup finals in Russia, will face Ecuador in Porto Alegre on August 31 in their next World Cup qualifier. – Agence France-Presse