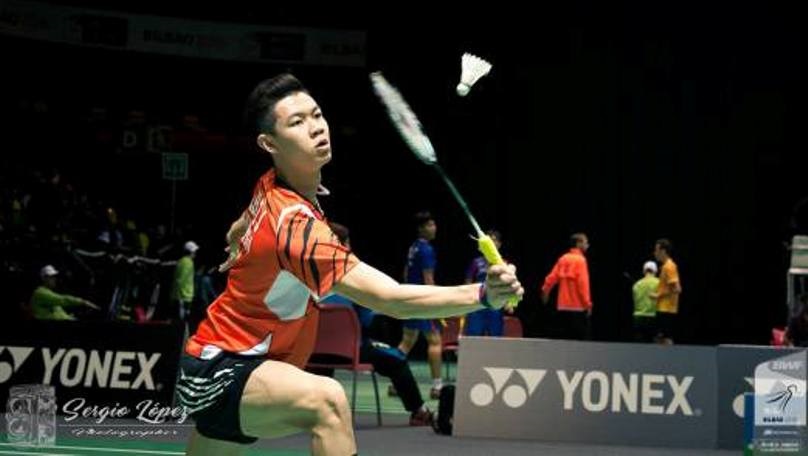 # No 1 seed Kantaphon of Thailand also stumbles in the semis

Malaysia’s best hope of winning a gold medal in the BWF World Junior Championships in Bilbao through Lee Zii Jia in the men’s singles disappeared in the semi-final when the No 2 seed suffered a surprise defeat to Indonesia’s unseeded Chico Aura Dwi Wardoyo.

The lanky Malaysian was below in his match in the 40 minutes he was on court. The defeat was a bitter a pill to swallow for the Malaysian who had beaten the Indonesian in this year’s Asian Junior Championships (Under-19) in Bangkok in July.

More recently Zii Jia also came off 21-15, 21-11 winner over Chico in the mixed team quarter-finals with Malaysia winning 3-1 over Indonesia, runners-up in the event in Lima, Peru last year.

It will be a Indonesia-China final in the men’s singles when top seed Kantaphon Wangcharoen of Thailand was upset by fifth seed Sun Feixiang in straight sets 21-9, 21-13 in 39 minutes.

Malaysia also failed to make the final in the mixed doubles. No 16 seeds Chen Tang Jie-Toh Ee Wei succumbed to nerves against Chinese top seeds He Jiting-Du Yue in their 14-21, 11-21 defeat in only 27 minutes.

The women’s singles final will be between Thailand’s No 3 seed Pornpawee Chochuwong who struggled past unseeded Japanese Natsuki Oie 27-25, 21-19 in a 57-minute match.