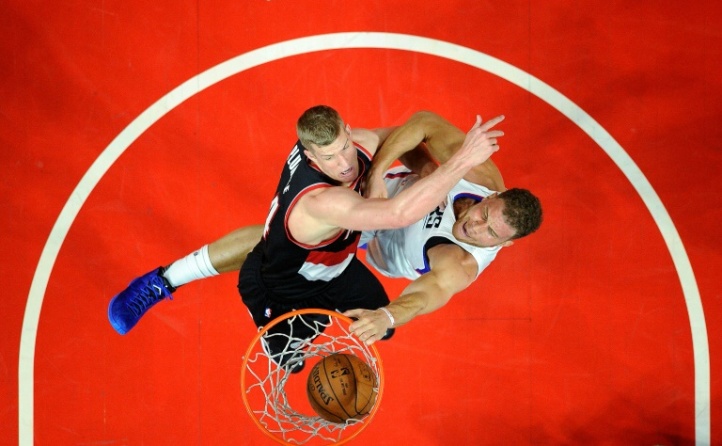 The San Antonio Spurs and Los Angeles Clippers both romped to easy home victories in a pair of NBA Western Conference playoff openers on Sunday.

Kawhi Leonard tallied 20 points as the Spurs routed the Memphis Grizzlies 106-74 to take a 1-0 lead in their best-of-seven series.

The Spurs dominated the middle two quarters but were especially effective in the final eight minutes of the third against the Grizzlies, who were led by 39-year-old journeyman Vince Carter.

In the night game, Chris Paul finished with 28 points and 11 assists as the Clippers pounded the Portland Trail Blazers 115-95 (main pix).

LaMarcus Aldridge collected 17 points, Tony Parker and Patty Mills scored 15 points each for the Spurs and Kevin Martin added 10 points, all in the fourth quarter.

“It all started with our defense. They only scored 74 points so that is pretty good,” said Parker.

“This team understands we have a big goal. We have respect for Memphis. We have to keep that mindset and we will be OK.”

Tim Duncan had seven points and 11 rebounds as San Antonio hit on 42 of its 81 shots (52 percent), outrebounded the Grizzlies 44-35 and had nine blocked shots to Memphis’ three.

“It is never easy to start the playoffs but we did it well,” said Spurs forward Boris Diaw.

Carter, who has played for six teams in his NBA career, led the Grizzlies with 16 points while Lance Stephenson scored all but two of his 14 points in the second half in front of the crowd of 18,600 at AT&T Center arena.

Memphis, which has now lost all five games its played against the Spurs this season, was held to a season low in points, shooting just 39 percent. The Grizzlies went to the charity stripe only a half dozen times.

San Antonio took command by outscoring the Grizzlies 24-6 over the final 8:04 of the third quarter and led 81-51 heading into the fourth quarter.

The fourth quarter was left to mostly the bench players, with game two in the series to be played Tuesday in San Antonio.

“It just takes a little while,” said Duncan. “Once we got it going, then some shots started falling.

“That’s when we were able to extend the lead. Defensively, we were pretty solid the whole way through.”

In Los Angeles, Paul also had 11 assists and six rebounds for Los Angeles who, like the Spurs, blew the game open with a dominating third quarter.

“We just tried to make it tough on them, make it uncomfortable,” said Paul.

“Blake got us going early. He is unstoppable and we feed off his energy,” Paul said.

Jamal Crawford and Austin Rivers came off the bench to score 13 and 11 points, respectively, for Los Angeles, which beat Portland for the fourth straight time.

Game two of the best-of-seven series is Wednesday at Staples Center.  – Agence France-Presse