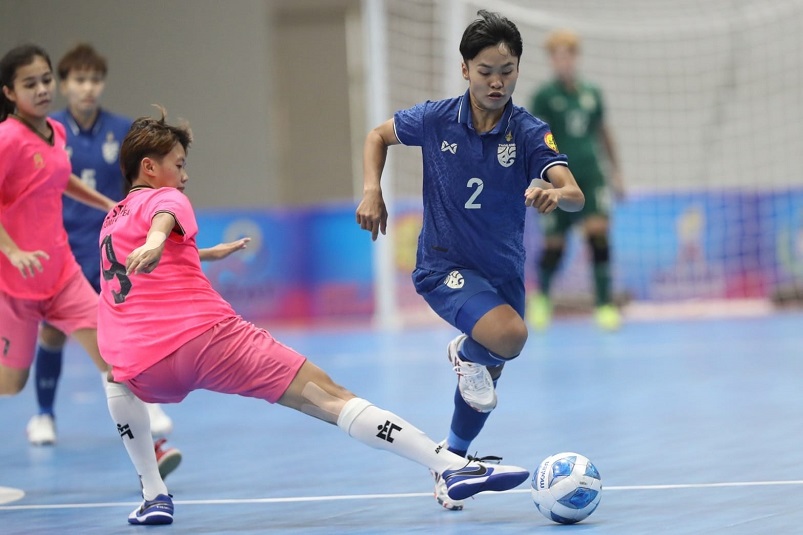 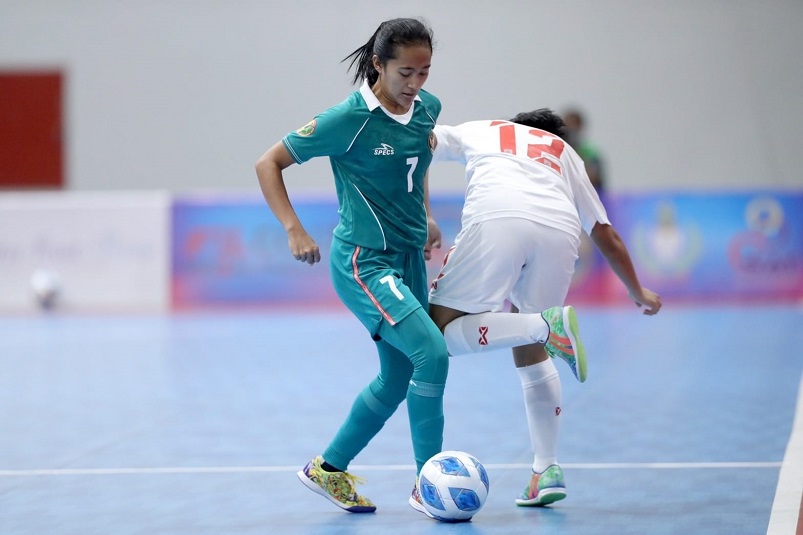 The stage is set for the decisive Thailand-Indonesia winner-takes-all clash in the finale of the NSDF Women’s Futsal Championship 2022 in two days.

This follows the results from the two matches that were played earlier today at the Eastern National Sports Training Centre in Pattaya.

Two quick goals from Fitriya Hilda (in the 3rd minute) and Fitri Rosdiana (7th) gave Indonesia the advantage even though Myanmar managed to pull a goal back off Khin Pyae Lin in the 15th minute to put the score at 3-1 at the half.

Indonesia then restored their two-goal advantage with their third goal of the game through Rani Mulyasari in the 21st minute.

While Myanmar managed to grab their second goal off Zin Moe Pyae (34th minute), it was just a little late to inspire them to draw the game.

In the meantime, Thailand had to toil before they were able to pull off a 3-2 win over the All-Stars.

Thailand All-Stars nailed the opener through Ketsarin Chanaphu in the eighth minute as Thanaphon Chanueang then put both teams back on level terms moments later.

An own goal from Hataichanok Tappakun in the 14th minute then gave the All-Stars the advantage going into the second half.

However, Thailand made sure of the full points off a double from Darika Peanpailun (24th and 39th minute) as they maintained their place at the top of the standings.