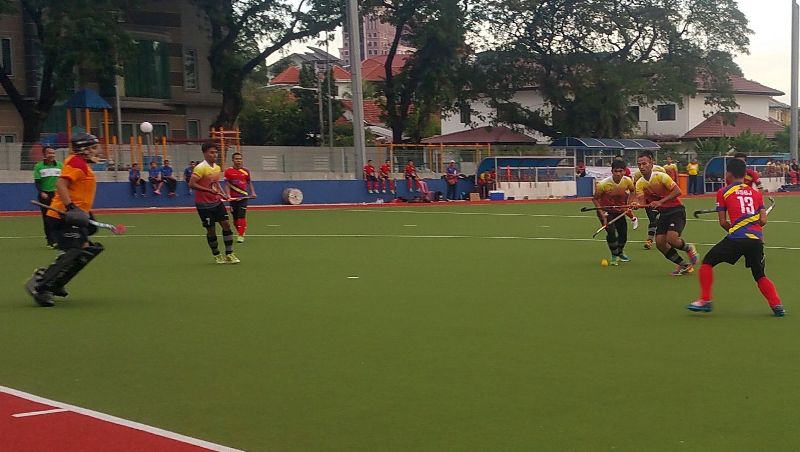 STAR Klang and Gerakan Belia 4B Puchong qualified to the finals of the School Division 5 in contrasting fashions.

STAR Klang were lucky to record a come from behind victory as they faced a fast and organized SJI Warrriors.

SJI Warriors were not able to convert their chances and could have gone two goals clear just before half time.

STAR Klang regrouped and clearly were the better team in the second half with Mohd Zafri Afiq leading him team in search of the equalizer. A minute before the end of the third quarter they were rewarded as Mohd Zafri Afiq
was at the right time and place to pounce on the loose ball.

In the last quarter, SJI Warriors were on the back foot and STAR Klang knew that victory was forthcoming and where they threw everything they had into the attack.
SJI Warriors defended stoutly but STAR Klang were not to be denied their place in the finals as Mohd Zafri Afiq’s penalty corner conversion in the 54th minute was enough for them to make the cut.

Favourites Gerakan Belia 4B have to thank their lucky stars that Pengkalang Permatang did not capitalize on their opponent’s poor start.

The Kuala Selangor based team had four clear chances in the opening 20 minutes but who only had themselves to blame for not converting any of them.

Gerakan Belia finally got their act together and scored their first goal in the 23rd minutes via a penalty conversion by Mohd Helmi Zulkepli. The goal seem to take the sting out of the Pengkalang Permatang team as then
went into the break.

Gerakan Belia then struck two minutes into the second quarter with Mohd Helmi Zulkepli penalty corner conversion and it is all over for Pengkalang Permatang after that as Gerakan Belia got their third goal four minutes later through Mohg Noor Syazwan field goal.

In the last quarter, it was all going Gerakan Belia’s way as they scored in the 52nd minute thru Mohd Alif Salehan and Mohd Zikry Shamsudin scored in the last minute to ride out as victors.

Gerakan Belia 4B will face STAR Klang in the finals to be held at MBPJ Stadium on Saturday October 15th at 6.45pm.

In the Division 3 semifinals, IIUM Mustang faced a gritty Goodwood HC team before emerging victorious in a closely fought match.
The Mustangs scored their first goal as Mohd Safwan Omen finished off a penalty corner set piece in the fifth
minute and went on to double their lead in the 16th minute when Mohd Saufi Yasin sounded the board.Goodwood HC pulled one back when they were awarded a penalty stroke in the 19th minute and Indran Manikam made no mistake form the spot.IIUM Mustang and Goodwood HC started the third quarter strongly as the game went back and forth but again it was IIUM Mustang who found an opening on the 49th minute through a Mohd Nizar Said field goal. Goodwood HC tried their best to get into the game but the Mustang defended well although they managed to pull a goal back when Yogendran Jeyagandhi scored two minutes from time.Senil Solution will take on River Blue Kuala Selangor in the other semifinals on Thursday with the winner taking on IIUM Mustang in the final to be held on Saturday Oct 15 at 8.15pm also in MBPJ Stadium.In Division 1, Defending Champions Uitm kicked off their title defence with back to back victory on the opening weekend. UIMT trashed PAUiTM 11-1 and saw off MBPJ 6-2. With nine teams in Division 1, every match is going to count.

Newcomers UPM-KPT also signaled their intention to challenge for the Division 1 title with a convincing 2-0 victory over the Bukit Jalil Sports School boys. 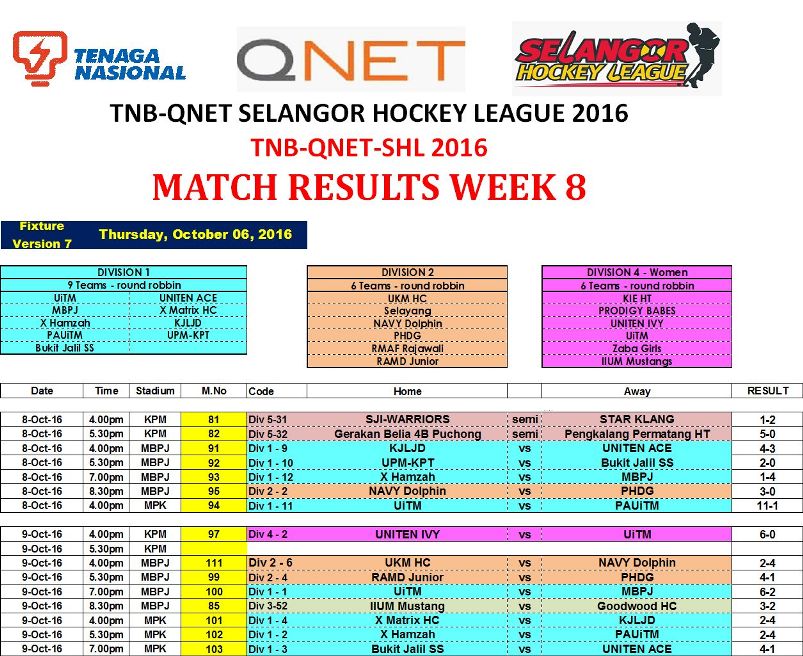