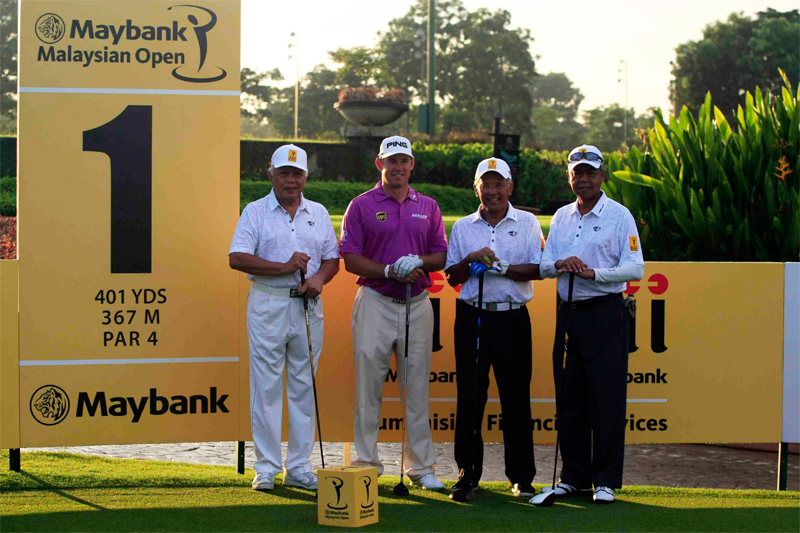 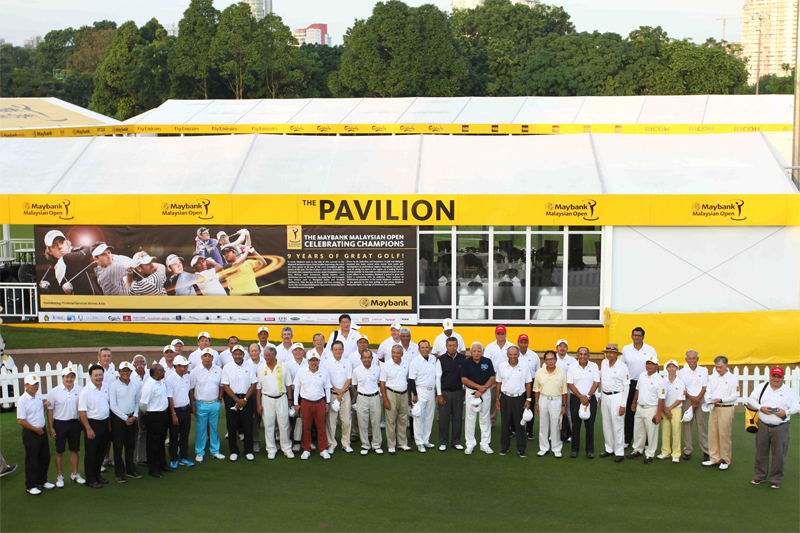 Besides these four star players other top golfers such as Sidikur Rahman, Antonio Lascuna and Masayuki Kawamura also took part in the morning session while former Malaysian Open winner Alistair Forsyth was among those who competed in the afternoon session.

The Carlsberg team, which comprised of Sidikur, Roszali Baharudin, Low Sock Sun and Danny Chong emerged victorious with a score of 18-under.

Title sponsor Maybank, led by Lascuna and with rising amateur golfer Galvin Green in their team also finished on 18-under, but lost on countback. Datuk A.S. Khamis and Azlan Dzaiddin made up the foursome.

Team MGA was made up of Yuzmi Mohd Yusuff , Datuk Jalil Abdullah and Dato Zulkifli Dato Ismail, who were guided by Masayuki Kawamura.
Longest drive at Hole 5 was awarded to 14-year-old Galven, who drove an impressive distance of 278 meters while Nearest to line at No.10 was won by Tan Sri Dato’ Setia Mohd Anwar who hit it to within 25cm while nearest to pin was won by Roszali Baharuddin, who hit his ball 3m from the pin on hole 15.

Popular TV presenter and hosts Vijay Amritraj, who is the Master of Ceremonies for the Maybank Malaysian Open, presented the prizes to the Pro-Am, novelty and lucky draw winners, had the audience in stiches with his anecdotes.

Among the great prizes given away for the lucky draw were golf clubs, golf bags & accessories sponsored by Fourteen, Ricoh cameras, EPOS watches, Havana cigar cases and sunblock hampers.

The US$2.75 million Maybank Malaysian Open is being played at the Kuala Lumpur Golf and Country Club until Sunday.