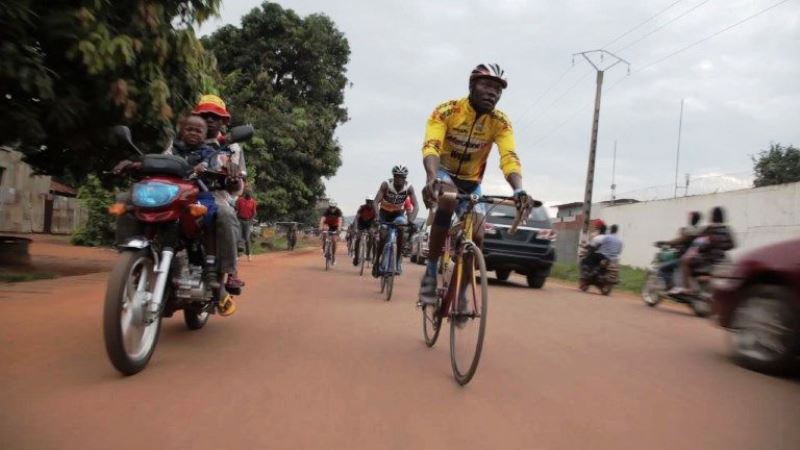 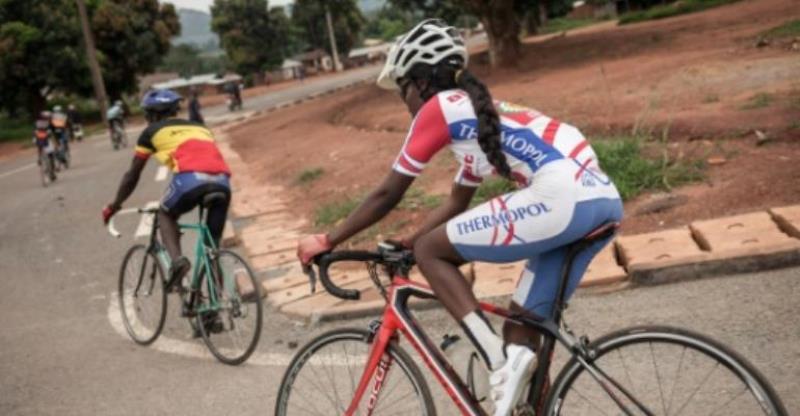 The country is chronically unstable and gripped by militia violence, its unpaved streets are a rush of crazy traffic — and for the vast majority of its impoverished citizens, a new bike is a laughable dream.

But nothing deters the plucky racing cyclists of Central African Republic (CAR).

At dawn, in dusty Bangui, a peloton weaves around white troop carriers of the UN force in a training session as part of efforts to revive the competitive sport in a nation ravaged by poverty and war.

“There are no race teams left in Central Africa. There used to be more than 10 of them and they supported athletes and bought equipment,” says Christ-Noel Yarafa, who has run the cycling federation for a dozen years, through thick and thin.

Yarafa uses his own car to shield the group of cyclists from traffic.

“If we had the bikes, we could train up young people,” he says, speaking with one hand on the gear stick and the other on the horn.

“But the Seleka stole all our bikes in 2013 during the ‘troubles’,” he says, referring to the violence that has wracked the country for more than four years.

The Seleka are a onetime rebel alliance, mainly Muslim, which ousted president Francois Bozize in 2013, unleashing a counter-offensive by so-called self-defence militias, the “anti-balaka.”

This weekday, a score of riders has risen early to do a circuit of 60 kilometres (40 miles) around the capital.

Yarafa suddenly swears because his cyclists have gone out of sight. He can’t keep up because of the traffic jams, he complains.

“In the old days,” he recalls, “we had cars and motorbikes with flashing lights to clear the way. I now have to pay a motorcycle-taxi to do it.”

The cyclists, though, seem not to care and do not look back. Perched on their machines, they wear old mismatched outfits.

By 8:00 am, the training session is over. The cyclists, most of them very young, hang around to chat for a bit before heading off for a day’s work or study or unemployment.

“I want to become a pro”, smiles Herve Zabo, 26, who earns a living doing odd jobs.

“And I want to win international competitions!” chips in Fatimatou Maidida, a 19-year-old student.

She and Zabo have both taken part in races abroad, the only way for Central Africans to display their talent.

“I took part in a race in Morocco in 2015. It was amazing,” Maidida says with a broad smile, still sporting her helmet and sunglasses.

“But I was the only one who didn’t have a decent bike. My bike jammed up a few kilometres (miles) short of the finish line.”

Other teams had a trainer or a mechanic to take care of such hitches, but Maidida had no such luxuries, and had to give up.

She was one of two girls taking part in today’s training session, out of only a handful of women registered as cyclists in the CAR.

Crouched on the roadside beside her, Gustave is upset. He couldn’t complete the day’s exercise.

“When I put the chain on the chain wheel, it keeps slipping off. It’s hard to ride. Plus this bike isn’t my size,” he complains.

With half the population of some 4.6 million subsisting on humanitarian aid, the sport survives here thanks to the generosity of a cycling-mad — and anonymous — expatriate, who brings back bikes and jerseys from Paris.

The 60-odd cyclists in Bangui gather every Sunday to ride and forget the complications of daily existence — and ignore the many potholes in a city with few tarred roads.

“There are districts where it’s okay, we manage,” one cyclist says.

As for fears for their safety, “nobody ever attacks an athlete in Central Africa,” Yarafa snaps, furious that anyone should even raise such a point. “When athletes go out, they’re respected.”

Yarafa himself participated in the 1992 Olympic Games in Barcelona.

His acolytes dream of winning medals and make the most of the two tarmacked roads out of the capital to practise on stretches of about 100 km (60 miles), one heading west towards Cameroon and the other into the north, the wild depths of the CAR.

“The ‘troubles’ are a brake on everything,” says Yarafa. “But we just want to stage races, and forget the other stuff!” – Agence France-Presse