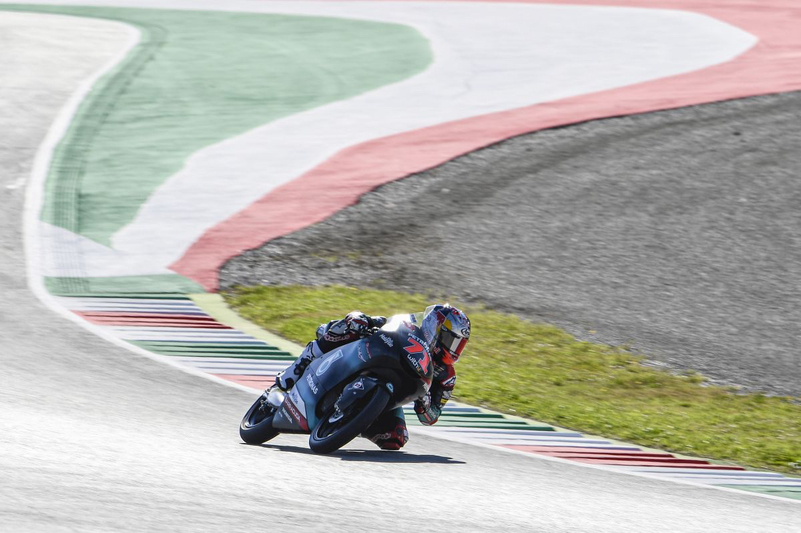 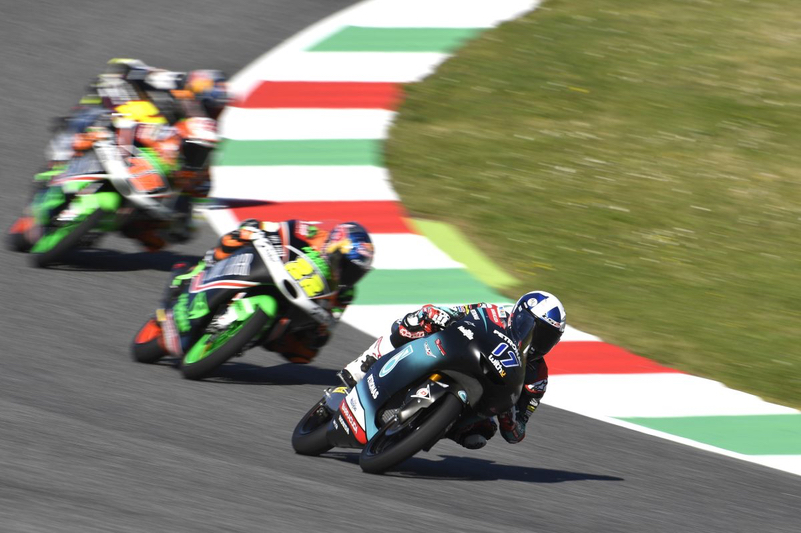 #The Moto3 riders enjoy a positive Friday at the Italian GP, with John McPhee 5th and Sasaki 7th.

The PETRONAS Sprinta Racing Moto3 team had a positive first day of Free Practice at Mugello, as the riders readied themselves for the Italian GP.

The winner of the most recent round in France two weeks ago, John Mcphee, set the fifth fastest time on Friday. Team-mate Ayumu Sasaki took a big step forward and placed seventh on the timesheets, meaning that both riders are in provisional Q2 spots with one Free Practice session remaining.

McPhee started the opening day at Mugello with the same form he had showed at the French GP, clocking the third best time in FP1 of 1min 58.360 secs, on his penultimate lap. Sasaki focused his early work on bike setup, and finished the morning session 21st with a 1min 59.564secs.

In the afternoon, McPhee also turned his attention to setup adjustments, and would only put on new tyres in the final part of the session.

The Briton lowered his best time to 1min 57.648secs, the fifth fastest of the day. Sasaki saw the improvements made at the Barcelona test last week pay off in FP2, beating his morning time by almost two seconds.

The Japanese rider, who even led the session briefly, finished seventh with a 1min 57.709secs.

#71 Ayumu Sasaki
“FP1 was a little tough because it’s a very big and long track, so it takes some time to fully adapt to again. It was also difficult to work on the setup of the bike because the surface is very bumpy and there were high winds. We made changes to the setup which meant we improved a lot in FP2; I’m happy with my time, but we can keep improving. I only did one lap with the new tyre, but it was important to do that with qualifying in mind. There’s still room for improvement, so we have to stay calm and concentrate in FP3, because the times will be even quicker. Getting into Q2 will be the key to success, so we have to keep working. Finishing 7th today isn’t a bad result; we will continue to be positive and to continue evolving tomorrow as we can be even higher up the order.”

#17 John McPhee
“It’s good to come to Mugello and finish the first day in the top five. We saw at Le Mans that I was very strong, and in the last four sessions of that weekend I was the fastest rider. That’s why going fast from the off, at a totally different track like Mugello, has been very good. We wanted to try a couple of things in FP2 that we eventually decided against, so for the last run all we did was put on the new tyres and try to set a good lap time. I did it by riding alone, so I lost a lot of time on the straight with the strong wind; that’s ok, because it means that with a slipstream I would have set an even better lap time. Tomorrow we will continue working in the same way. Qualifying will be important, but I feel very good on the bike and the team are working very well.”