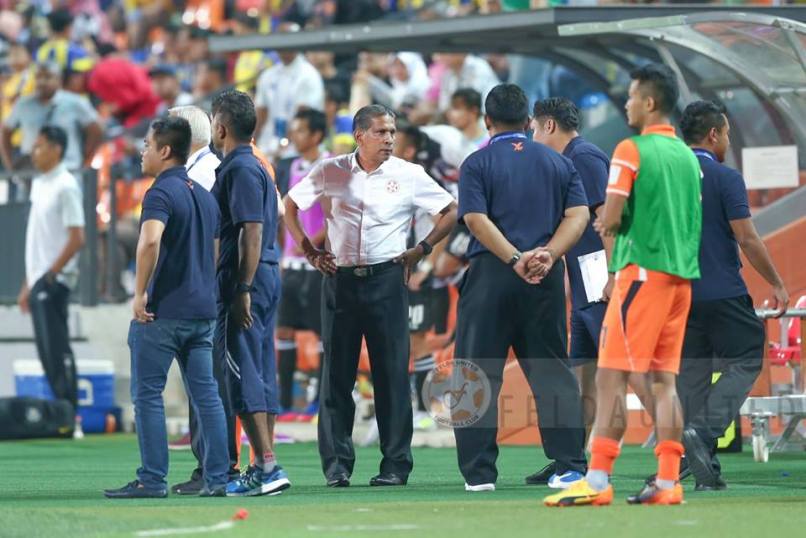 Felda United coach B. Sathianathan believes that his side have struck the right balance after making the right changes to their foreign legions in the second transfer window.

The Fighters are now placed sixth in the Super League standings with 20 points after a come-from-behind 2-1 victory over second placed Pahang at the Tun Adbul Razak Stadium last week.

“Before the Ramadhan break, we had won two matches – Penang (2-1) and Melaka United (3-0) – so I believe the boys did well to pick up from where they left.

“The new boys are coping well with the team so I think there’s balance in the team right now.

“Beating Pahang is a boost for everybody. The team lacked confidence when I took over. It was an uphill task and it is my job to put the believe in them,” said Sathianathan.

While Liberian midfielder Zah Rahan Krangar was the only import retained.

Despite the victory, the pleased Sathianathan has also urged his boys to put their feet on the ground.

“We don’t want to get carried away as we have the Malaysia Cup and the remaining matches to focus on.”

In response to the controversial decision made by the referee – who gave Felda United the spot kick in the 88th minute – he said: “I think to be fair to the referees, their job is toughest. Even with video recording, what I have heard was – it was not even perfect.

“Things happen so quickly and it isn’t easy to spot the mistake from the referee’s point of view even with the help of assistants.

“If you give me a chance to be a referee, I’ll never be one. They can make mistakes as they are human and I don’t think they do it with any intentions.” – BY ALVIN OH