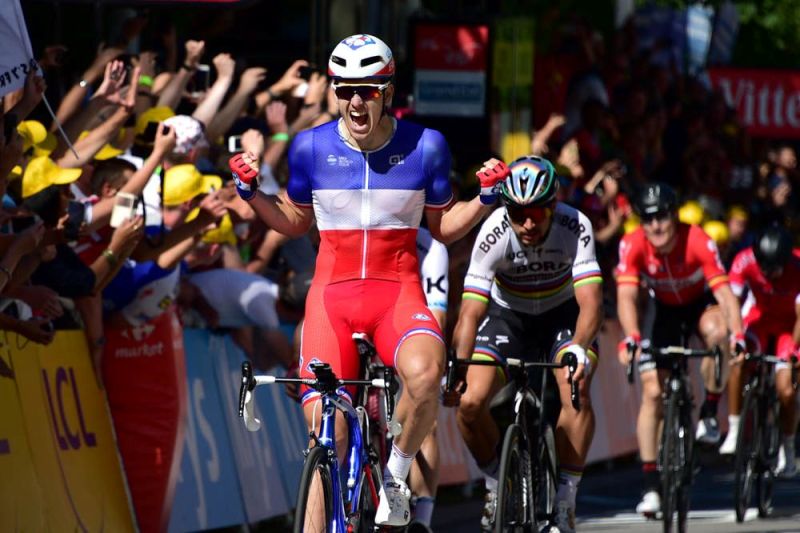 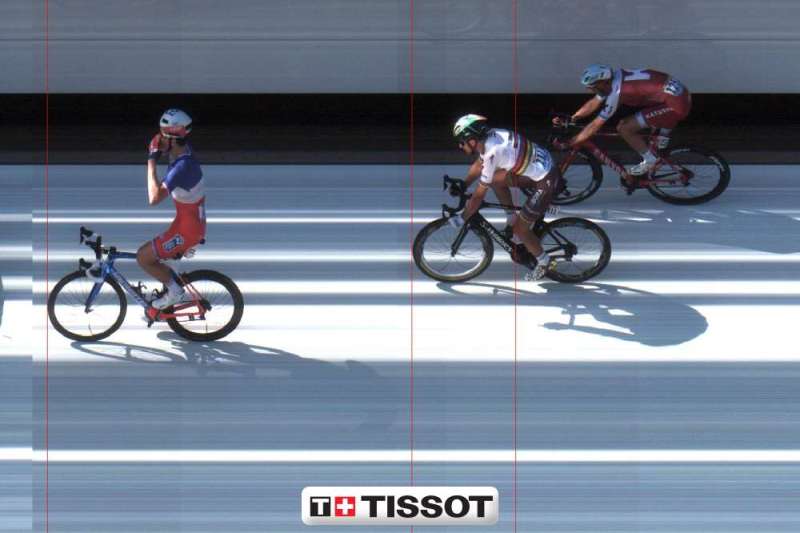 British sprint great Mark Cavendish was taken to hospital by ambulance after a spectacular crash in the sprint finish to the Tour de France fourth stage won by France’s Arnaud Demare on Tuesday.

Race leader Geraint Thomas was also taken down in a separate crash in the final kilometre of the 207.5km stage from Mondorf-les-Bains to Vittel.

Briton Thomas, who had warned on Monday that he just wanted to stay clear of trouble, hit the deck for the second time in three stages.

“It’s ok, both times I managed to take off quite a bit of speed (before crashing),” said Thomas.

Cavendish was baulked by world champion Peter Sagan against the metal barriers on the side of the road and crashed hard, with two riders, including German John Degenkolb, hitting the stricken Briton as they somersaulted over the top of him.

Cavendish did finish the stage but later left his Dimension Data team bus with his arm in a sling as he was taken to hospital by ambulance.

“Mark Cavendish hurt his shoulder and hand. On his way to the hospital for further examinations,” said Dimension Data on Twitter.

“If I was Sagan, I’d apologise for that,” Cavendish’s sportsdirector at Dimension Data Roger Hammond told journalists.

Sagan did go to the Dimension Data bus after the race to speak to Cavendish, who crashed out of the 2014 Tour in the first stage after breaking his collarbone in a sprint finish fall he later admitted was his fault.

While Thomas was able to get up and ride on to the finish, Cavendish had needed medical assistance as he lay on the ground in obvious pain.

In all the furore of another bunch pile-up, French champion Demare’s achievement of becoming the first Frenchman to win a Tour stage in a sprint finish since 2006 was almost lost.

His win allowed him to claim the sprinters’ green jersey from German Marcel Kittel, winner of Sunday’s second stage but who was held up by the first crash and unable to contest the sprint.

Sagan’s time bonus on the line helped him move up to second overall at seven seconds behind Thomas, with reigning champion Chris Froome, who was held up by the first crash, third at 12sec. – Agence France-Presse