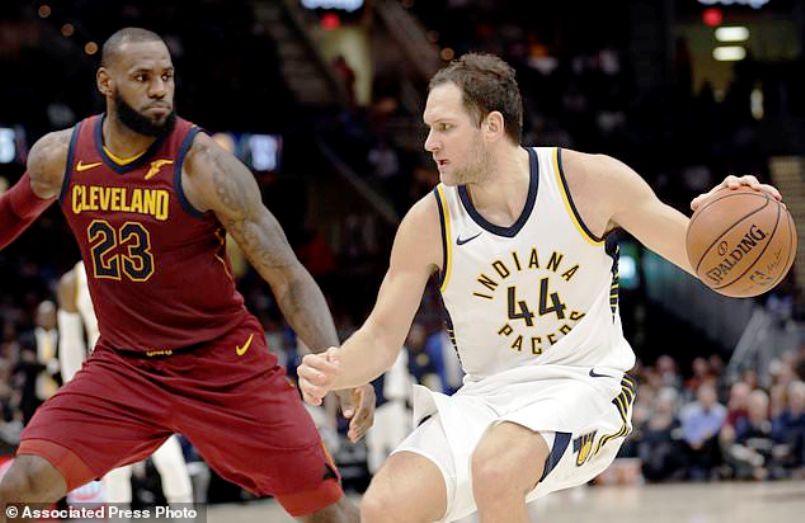 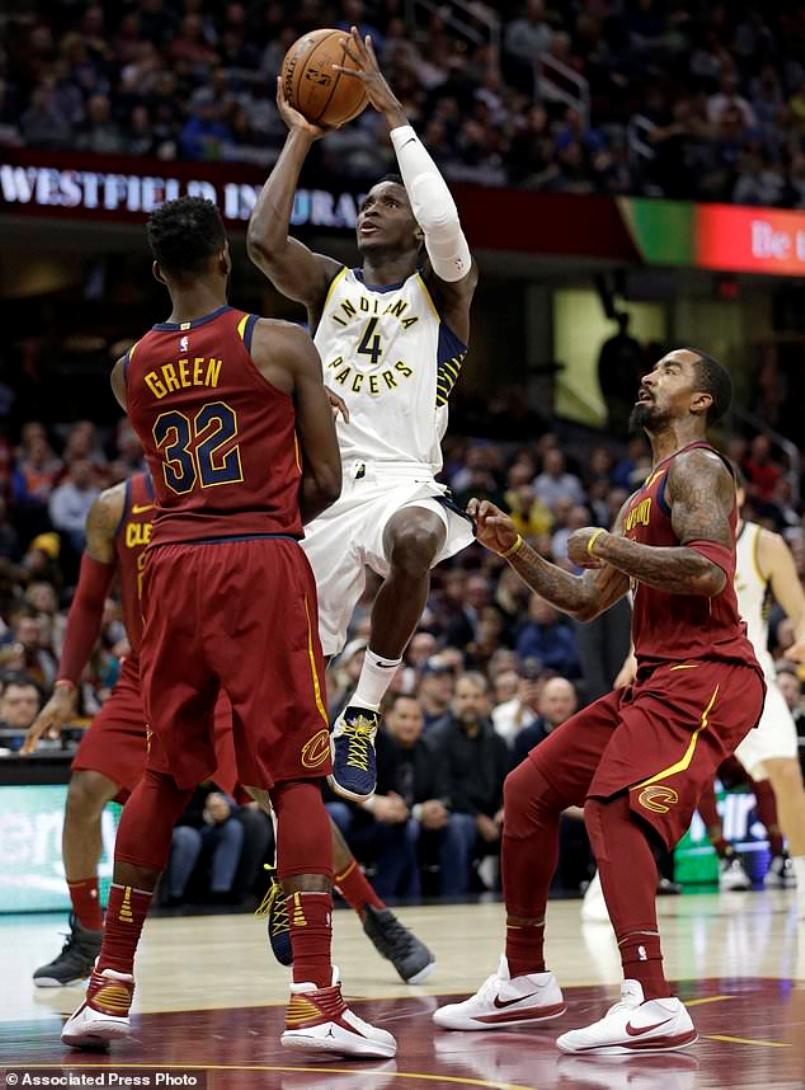 A Cleveland Cavaliers lineup struggling to come together and sustain effort for a full game suffered its fourth consecutive NBA loss on Wednesday, falling 124-107 to visiting Indiana.

Every Pacers starter scored in double figures, with Thaddeus Young netting 26 points, Darren Collison adding 25 and Victor Oladipo pouring in 23 as Cleveland (3-5) suffered a fifth loss in six games, the past three by a combined 58 points.

The Pacers had lost nine meetings in a row with the Cavs since March 2014 — four months before LeBron James returned from Miami to the Cavs.

“It’s just we have an opportunity to be very good and then you see some of the lulls that we have and it’s just very difficult on our team right now,” James said.

“We’re just trying to figure it out on the fly and unfortunately we don’t have time to practice a lot and do those things.”

“We can’t sustain effort for 48 minutes,” James said. “They hit a few bombs at the end and the game got out of hand.”

Cavs center Tristan Thompson missed the second half with a left calf strain.

“Now Tristan went down again so we don’t know how long he’s going to be out,” James said. “Our team is kind of depleted as well, both on and off the floor.”

With an average age of 30, the Cavaliers have the NBA’s oldest roster.

James Harden had 31 points and nine assists and Houston scored 16 consecutive points in the second quarter on the way to a 119-97 victory at New York.

Frenchman Rudy Gobert sank an equalizing dunk to force over-time and Spaniard Ricky Rubio scored seven of his team-high 30 points in the last 75 seconds to lift the Jazz over visiting Portland 112-103.

Malik Monk scored 25 points, 18 in the fourth quarter, to power the Charlotte Hornets over visiting Milwaukee 126-121. Khris Middleton scored a career-high 43 points in a losing cause while Greek star Giannis Antetokounmpo, the NBA’s leading scorer, fought foul trouble and finished with 14 points for the Bucks.

Evan Fournier had 22 points as visiting Orlando held off Memphis 101-99. Aaron Gordon, who had 19 points, made a 3-pointer with 51 seconds remaining to put the Magic ahead to stay.

T.J. Warren scored a career-high 40 points on 16-of-22 shooting to lead the Phoenix Suns to a 122-116 victory at Washington while Jimmy Butler scored 23 points and Andrew Wiggins added 18 as Minnesota won 104-98 at New Orleans.

Miami’s Hassan Whiteside, back from an opening-night knee bruise, had 13 points and 14 rebounds in the Heat’s 97-91 home triumph over Chicago.