Sports247
Home International Barrett to skipper All Blacks, Kaino back 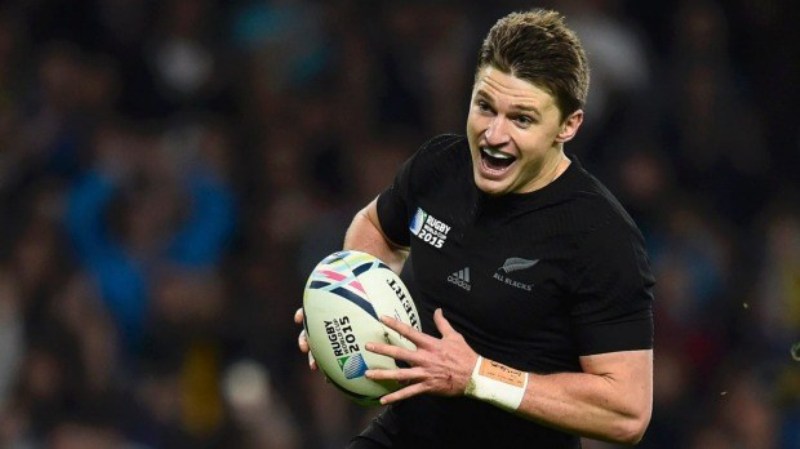 Fly-half Beauden Barrett will captain the All Blacks for the first time and Jerome Kaino is back after personal problems in an experimental line-up to face the Barbarians on Saturday.

It will be the New Zealanders’ first match at Twickenham since beating Australia in the World Cup final two years ago.

As coach Steve Hansen builds his squad towards the next World Cup two years away, he named a largely second-string squad on Thursday to give them “valuable big-match experience” in what will be New Zealand’s opening match of their European tour.

Barrett, the 2016 world player of the year, is one of the few in the match-day 23 who would be considered a first-choice selection in a more critical clash.

He will become the All Blacks’ 132nd captain, with regular skipper Kieran Read sitting out the game.

Kaino fills Read’s No 8 role in his first match for the All Blacks since he left the side when details of an extra-marital affair became public on the eve of the Rugby Championship opener against Australia in August.

Wing Seta Tamanivalu, whose standout year for Super Rugby champions Canterbury Crusaders has kept Julian Savea — who will be playing for the Barbarians — out of the touring squad, returns for his first international in more than a year.

Prop Jeffrey Toomaga-Allen is on the bench four years after his sole previous All Blacks game.

The replacements also include new All Blacks in hooker Asafo Aumua, prop Tim Perry and outside back Matt Duffie, a former rugby league international.

“Not only is it a special occasion for the team, it’ll also be a particularly special day for Beauden, as well as the three new All Blacks Asafo, Tim and Matt, who will be pulling on the All Blacks jersey for the first time,” Hansen said.

“It’s very rare that we get the chance to play a non-Test match in the modern era and it’s given us the chance to give our full squad an opportunity to stake claims for future matches and gain valuable big-match experience.”

David Havili gets his first start at fullback while centres Anton Lienert-Brown and Ngani Laumape are paired for the first time.

The senior lock on tour, Sam Whitelock, is being rested with Scott Barrett and Luke Romano starting in the second row.

The All Blacks have played the Barbarians 10 times for seven wins, a draw and two losses including a 25-18 defeat the last time they met in 2009.

The Barbarians announced their side later Thursday.

Savea was on the right wing, meaning he will be up against an All Blacks side that includes his younger brother Ardie.

Barbarians coach and former All Blacks No 15 Robbie Deans, previously in charge of both the Canterbury Crusaders and the Australia national side, selected 10 New Zealanders in his starting XV.

Luke Whitelock, Sam’s brother, starts at No 8 in a side captained by 2011 World Cup-winner Andy Ellis.

Teams for the non-cap match between the Barbarians and New Zealand at Twickenham on Saturday (1500 GMT kick-off):