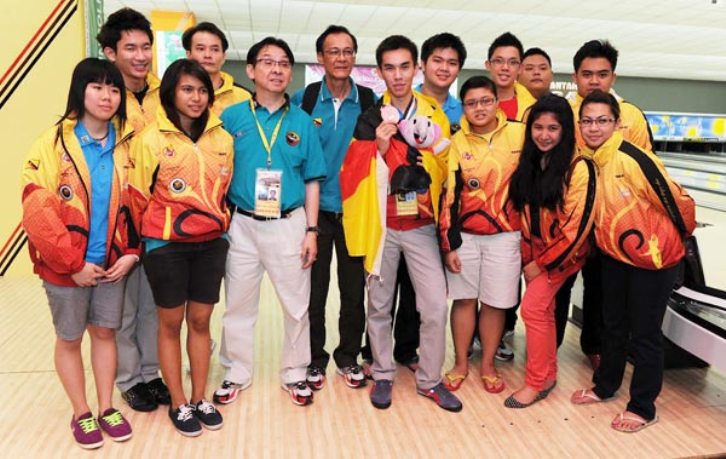 After finishing on top as overall champions in Malacca in 2010, Sarawak’s tenpin bowling received a severe jolt when the East Malaysians could only manage a top five placing in Pahang in 2012.

However, this time around, Sarawak have left no stones unturned in their preparations for the 17th edition of the Malaysia Games (Sukma) in Perlis from May 24-June 4.

Just like they did for the Games in Malacca, Sarawak have enlisted the help of a foreign technical coach in their bid to regain their status as the Sukma powerhouse in the sport.

Australian Paul Robert Delany is in Kuching to help the Sarawak bowlers to help them in technical training and bowling equipment. In 2010 Sarawak hired Canadian Alan Chan for the same purpose.

Delany is impressed with what he saw of the Sarawak bowling team but believes that there are some “final touches” that need to be ironed out for the bowlers to deliver in Kangar.

“You can get positive results if you can control your performance, preparations and teamwork,” says Delany, who will help head coach on the final lap of preparations before the Games get underway at the Kayangan Square from May 28.

And Sarawak’s Sukma bound bowlers have been in great form with Daniel Tan Han Yan and Nerosha Keligit winning the men’s Open and women’s title respectively at the Sarawak Closed Championships recently.