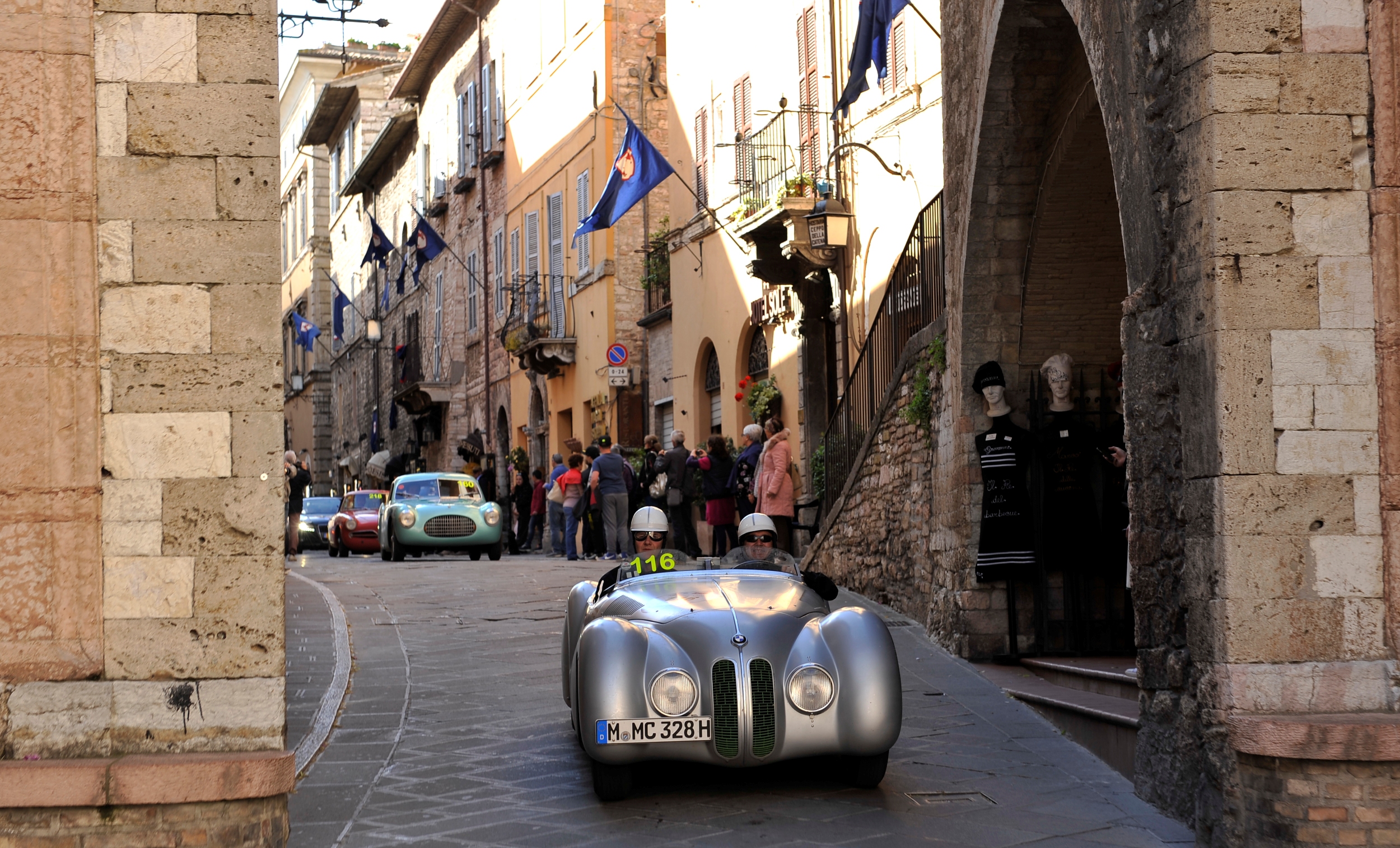 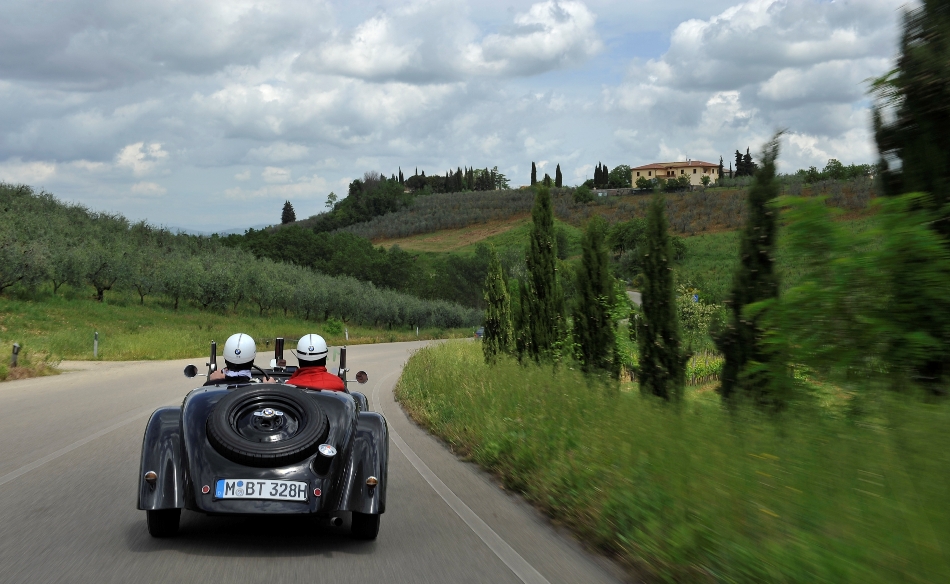 Sixty years on from its Mille Miglia debut, a BMW Isetta is once again lining up at today’s start of the legendary endurance tour through northern Italy. The diminutive two-seater with green paintwork is competing in this year’s Mille Miglia as part of the BMW Group Classic squad, which also includes two BMW 507 models along with four BMW 328 historic racers. BMW Group Classic is thus deploying all the models that were at the start of the historic race events held from 1927 to 1957, which automatically qualifies them to take part in the revived version for historic cars launched in 1977. The Mille Miglia 2014 starts today in the north Italian city of Brescia and will cover more than 1,600 kilometres (1,000 miles) on a route that includes Padua, San Marino, Rome, Siena, Pisa and Bologna before returning to the start point.

In May 1954 a total of seven Iso Isetta models took part in the Mille Miglia. They were the predecessors of the “Motocoupé” built under licence by BMW from 1955 to 1962. With no prospect of beating their high-performance rivals but displaying remarkable stamina, these “smoochballs” quickly won over the hearts of the spectators. The following year saw four Iso Isettas line up for the race, which already started and finished in Brescia back then.

The BMW 507 made its sole appearance in 1957, the last Mille Miglia to be staged as a race event. In 1992 it rode to victory in the revived event for historic cars. But the most enduring and spectacular success story belongs to the BMW 328. In 1938 this extremely lightweight and reliable sports car drew attention to itself by capturing a class victory at its debut appearance in the Mille Miglia. Two years on an even greater triumph lay in store – overall victory for Fritz Huschke von Hanstein and Walter Bäumer in the BMW 328 Mille Miglia Touring Coupé.

The winning car of 1940 will also be at the start of this year’s Mille Miglia. The Coupé with its tubular space frame and “superleggera” body has been one of the showpieces of the BMW Group Classic collection since 2002.

It landed a very special coup in 2004 when Giuliano Cané and his wife Lucia Galliani as co-driver took the car across the finish line in Brescia to a second victory, making the BMW 328 Mille Miglia Touring Coupé the first car ever to win not only the classic race event but also the new version of the Mille Miglia for historic automobiles. Besides this winning model, the BMW Group Classic fleet lining up this year also includes the BMW 328 Touring Roadster as well as a 1938 BMW 328 which finished third in 1940 – the BMW 328 Mille Miglia Roadster.

A total of 430 historic vehicles have registered for the 2014 Mille Miglia. This year, for the first time, the round trip will be carried out over four days rather than three. Launching from the traditional starting point at 6pm today, Thursday 15 May 2014, the cars will initially head towards Padua. The second and longest stage finishes in Rome on Friday evening, while the following day the route leads to Siena and then along a new section via Volterra, Lucca and Pisa to Bologna. From there, on Sunday, 18 May 2014, competitors will tackle the final stretch towards Brescia where the first cars are expected to heave into view around midday.