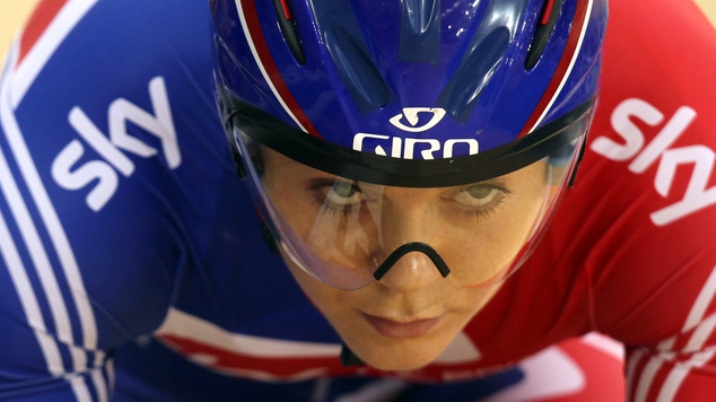 Shane Sutton resigned as technical director of British Cycling on Wednesday following allegations he had used sexist and discriminatory language towards team riders.

“I believe it is in the best interests of British Cycling for me to step down from my position as technical director,” the 58-year-old Australian said in a statement issued by the national governing body.

Sutton’s decision came just 100 days before the start of the Olympics in Rio, with cycling tipped to again be one of Britain’s most successful sports at a Games.

He was suspended by British Cycling late on Tuesday after it was alleged he had called Paralympic cyclists “gimps”.

That announcement came soon after British Cycling launched an independent review into claims he had been sexist in his treatment of sprinter Jess Varnish (main pix).

“It is absolutely crucial that, as our athletes begin their final preparations for Rio, they are able to do so free of distraction,” said Sutton in his resignation statement.

“The developments over the past few days have clearly become a distraction.

“It is for this reason, and having spoken to friends and family, that I believe it is in the best interests of British Cycling for me to step down from my position as technical director,” added Sutton.

“Andy Harrison, programmes director at British Cycling, will be taking over with immediate effect and will manage the team in the build-up to Rio 2016.”

Meanwhile Sutton said he would co-operate with the review.

“I have made clear that I reject the specific claims that have been made against me in recent days, and I look forward to taking a full part in the review process so I can respond to the allegations in detail.”

Sutton succeeded Dave Brailsford as British Cycling chief in 2014, having previously guided the likes of Chris Hoy and Bradley Wiggins to Olympic titles and helped the team win eight golds at the 2018 and 2012 Games.

Varnish accused Sutton of sexism, saying he had told her to “go and have a baby” after her contract was not renewed.

But Sutton, in an interview with The Times on Wednesday, denied making any such comments.

“There was never any talk of babies. I don’t know where that’s come from,” he said.

Wednesday saw fresh claims of discrimination after Malaysian cyclist Josiah Ng, the 2010 Commonwealth Games keirin champion, said Sutton had called him ‘Boatie’ — a term which could be taken as a reference to people sailing from Asia to seek asylum in Australia.

Ng said he did not think Sutton had meant to be racist, writing on Facebook: “Shane used to always call me ‘boatie’.

“I could have taken offense (sic) and maybe I should have but I choose to shrug it off as his twisted sense of humor (sic).”

As head coach and then performance director, Sutton was Brailsford’s right-hand man behind the scenes in the British team which won eight gold medals at both the 2008 and the 2012 Olympics.

Sutton has a reputation for being blunt with riders but Britain’s Dani King, a London 2012 cycling gold medallist, told Tuesday’s London Evening Standard: “Shane is a no-nonsense kind of guy. But he was no no-nonsense with the men as well as the women.”

Meanwhile Laura Trott, one of Britain’s track-cycling stars when she won two golds in front of a home crowd at London 2012, issued a statement Wednesday in which she said she had only ever had a “wholly positive and healthy working relationship” with Sutton. – Agence France-Presse