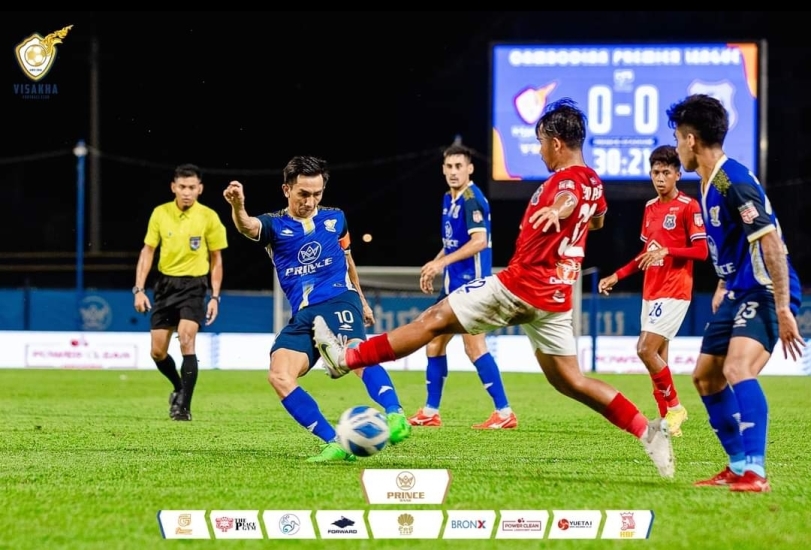 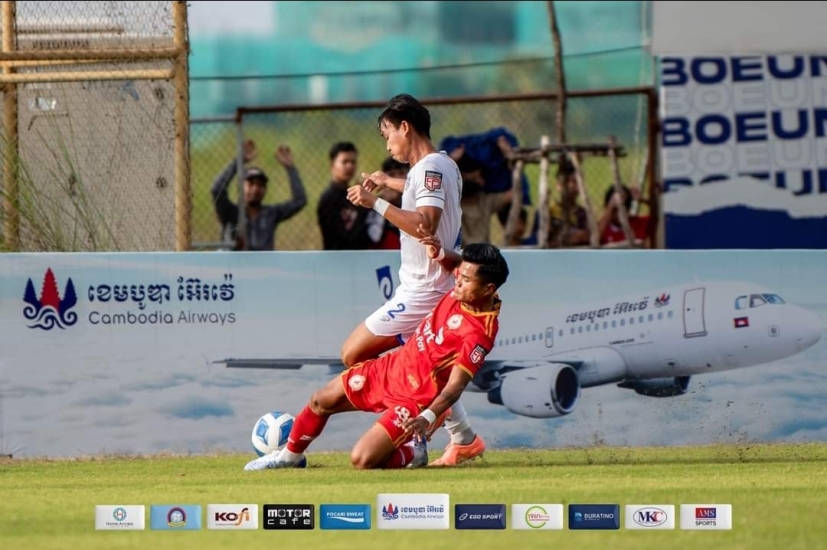 Back-to-back losses have left Preah Khan Reach Svay Rieng FC to lose ground in the Championship Round of the Cambodian Premier League 2022 where their advantage at the top of the standings is now cut to just three points.

Following their 2-1 loss to Beoung Ket FC the previous week, their narrow 1-0 away loss earlier this evening to Visakha FC saw their lead stagnant at 46 points.

With the full points at home with the only goal coming off Chheng Meng in the 46th minute, Visakha are on second with just three points adrift of the leaders.

In the meantime, Boeung Ket FC made inroads into the top four when they held Phnom Penh Crown FC 1-1 at home to pick up 39 points from 23 matches played.

Phnom Penh are on 40 points from the same number of games.

Boeung Ket FC took the lead in the 20th minute through Sieng Chanthea as Phnom Penh drew level off Yudai Ogawa in the 67th minute. 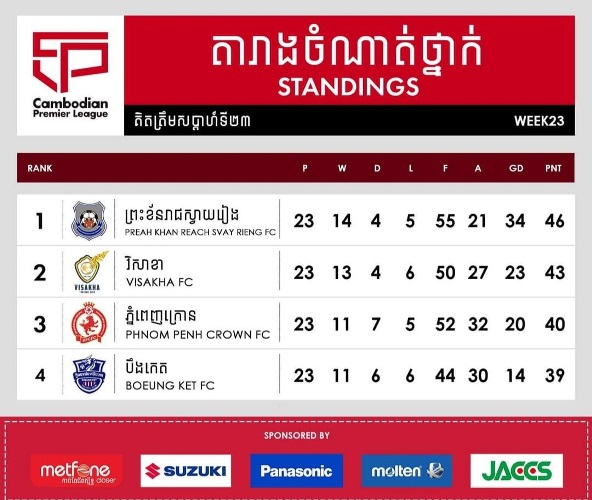