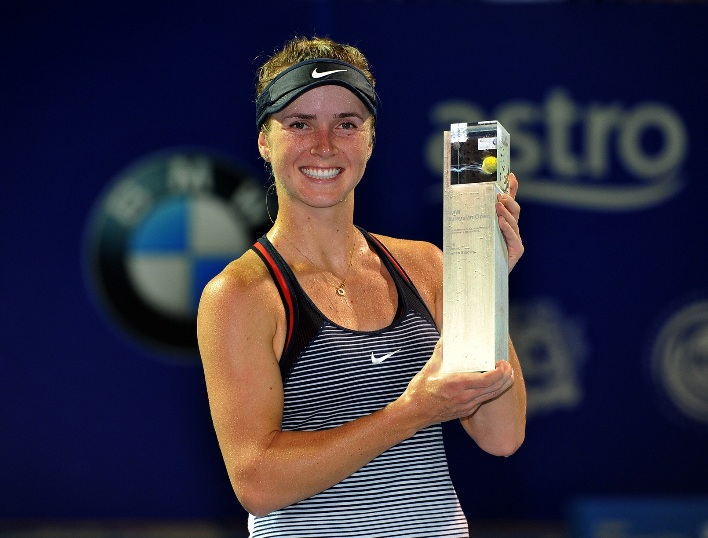 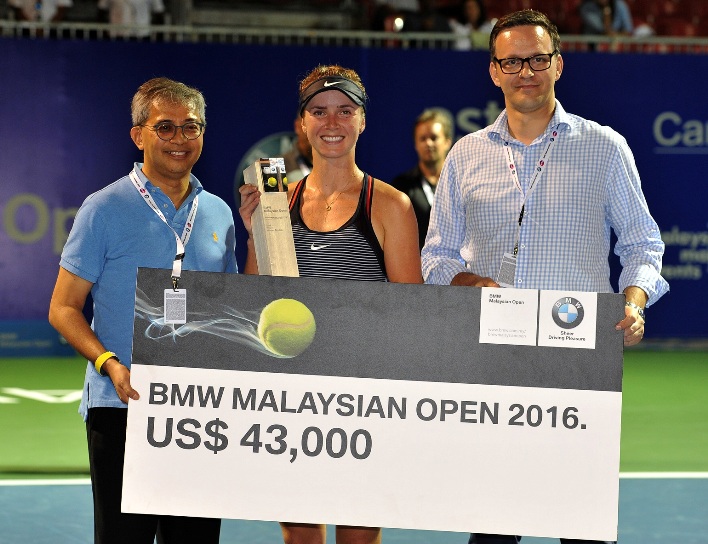 It was a challenging final for both players as the match was stopped three times during the final.

Elina said she felt exhausted after several tough matches in the tournament.

“I had two tough matches in the early rounds and today, the match dragged on for so long because of the rain,” said Elina after the match which ended at 12.20am.

“I was disappointed with the first set as I squandered a 5-3 lead but my coach advised me to stay strong after losing in the tiebreak.

“I had a splendid second set, where I managed to come back from 2-4 down to take the match into a decider.

“Eugenie was on serve for the deciding game at 5-4 but I kept it cool and won it. I feel over the moon now.

Eugenie said she was advised by WTA’s medical team to concede the match after the first set when she felt dizzy.

“It could have been the heat but I told myself that I would not concede the match as it was the final. I led 5-4 in the deciding set and got broken…it was terrible.

“I really struggled with energy in the final game of the third set,” said Eugenie.

In the first set, Elina closed out the fifth game on her fifth breakpoint opportunity to take a 3-2 lead.

But the determined Eugenie fought back and broke back in the 10th game. In the tiebreak, Elina led 3-2 before the rain interrupted play for 15 minutes.  Eugenie was stronger when play resumed by winning the tiebreaker.

In the second set, Elina was down 2-4 but she bounced back by adding more variety into her game to force a decider.

The match resumed with Eugenie breaking the ninth game but Elina broke back to level the game at 5-5. Elina held serve in the 11thgame and broke again to win the title.