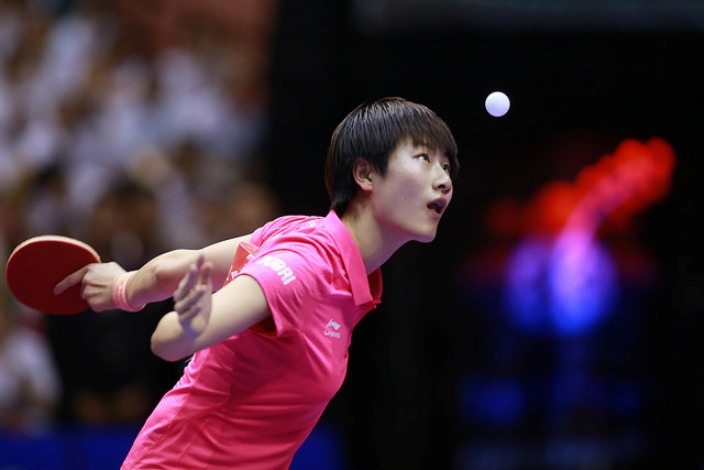 The Chinese Men and Women’s team have once again stamped their authority over world table tennis at the Perfect World Team Table Tennis Championships, by winning its 20thMen’s and Women’s Team gold against the determined Japanese team.

The last day’s action of the Perfect 2016 World Team Table Tennis Championships was a repeat of the 2014 World Team Championships Final in Tokyo, Japan, where China and Japan met in an enthralling women’s team final.

China’s world number one LIU Shiwen was able to defeat Japan’s Ai FUKUHARA, world ranked number 4, comfortably 3-0 to give the Chinese team the perfect start to their way to gold. LIU’s teammate and reigning Olympics Champion LI Xiaoxia, however struggled against Kasumi ISHIKAWA, losing the first two games to the Japanese national champion. The Grand Slam Champion was able to recover from the first 2 games to eventually come back and win 3-2 to give China a 2-0 lead.

LIU shared after taking the first point for her team that “We have a strong team, good preparation so that helps when you have to play a pressure match. Also the support was tremendous, I hope that will continue!”

Grand Slam Champion LI, who survived a close defeat to ISHIKAWA, added “I have great support from my team but the main factor when I was losing and took the ‘Time Out’ was to believe in myself.”

In the last match, 2015 World Singles Champion DING Ning faced off 15-year-old prodigy Mima ITO. ITO was able to surprise DING in the first game, winning 11-8, but the experienced champion quickly adapted to recover in the next 3 games and seal a 3-0 team victory for the Chinese team.

The Chinese line-up of XU Xin, MA Long, and ZHANG Jike proved too strong for the Japanese trio of Jun MIZUTANI, Maharu YOSHIMURA and Yuya OSHIMA in the final hurdle for gold, prevailing 3-0. XU crushed MIZUTANI, the 7-time Japanese national champion, in three straight games, while world number one MA overcame YOSHIMURA without dropping a game.

Grand Slam Champion ZHANG who has been recovering from his back injury from 2015, had to face the strong resistance from Japan’s rising star OSHIMA, who won the Men’s Doubles and Under-21 Men’s Singles titles at the prestigious GAC Group 2015 ITTF World Tour Grand Finals. Despite trailing closely behind to come near to upsetting the 2-time World Champion, the Japanese wasn’t able to continue his momentum in the game and lost 1-3.

“I feel very happy to be able to win here in Kuala Lumpur. This victory is also an affirmation of my performance in team events, since I lost in the finals in the last World Team Championships in Tokyo. It is great to be the World.”

With their near perfect performance at the Perfect 2016 World Team Table Tennis Championships, China’s XU Xin and LI Xiaoxia were also awarded the Male and Female Most Valuable Player respectively. Both have won a whooping seven games each for their teams at here in Kuala Lumpur to receive the award.

Winner and runner-up in the third division, Luxembourg and Chilean men’s team will be promoted to the second division, alongside with Iran and Uzbekistan in the Women’s team event. 73rd ranked Pakistan and 74th Togo will advance to the Men’s team third division at the next World Team Championships, together with the Turkmenistan and Lebanon Women’s teams.

The next World Table Tennis Championships will be held in Dusseldorf, Germany 29 May to 5 June 2017.