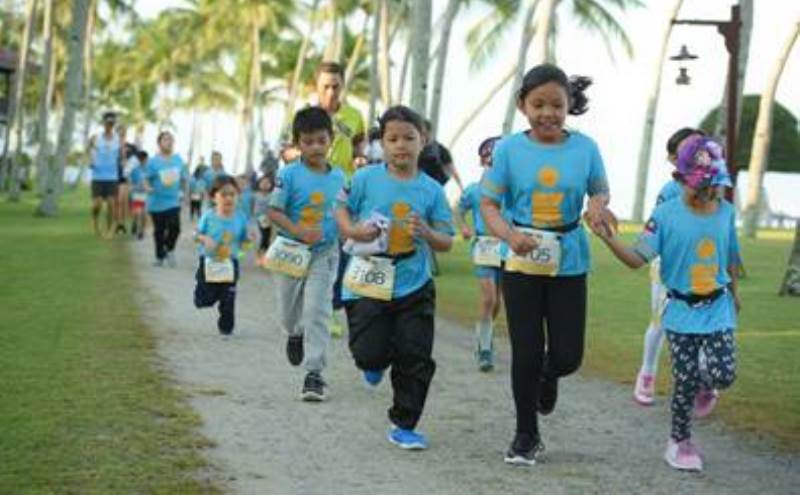 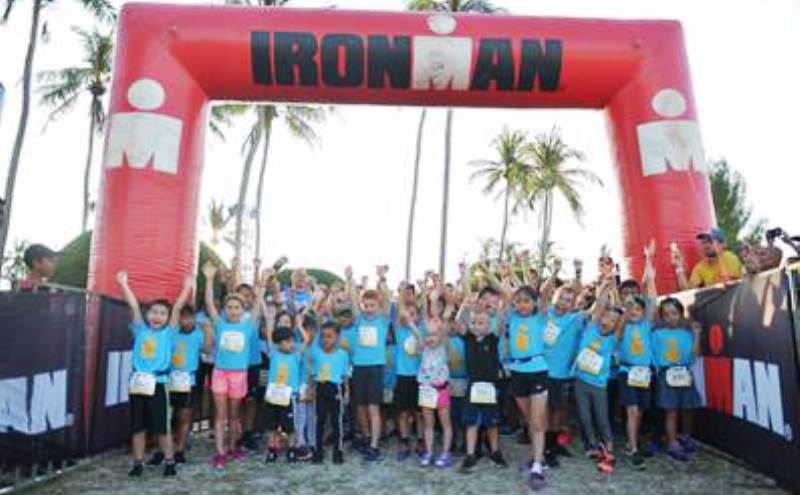 With just one day left to IRONMAN Malaysia 2019, excitement is at an all-time high with triathletes getting in the right frame of mind for a gruelling race day on Saturday, which begins at dawn at the white sandy beach of Pantai Kok.

The focus was arguably on IRONMAN podium frontrunners Romain Guillaume and Daniil Sapunov, as well as Javier Gomez, but the IRONKIDS provided a nice teaser on the eve of the world’s most iconic single-day endurance event.

The morning started with 245 kids, aged 4 to 17 who revelled at the opportunity to participate in IRONKIDS, which included an Aquathlon and Community Run.

The success of this event continues the legacy of IRONKIDS, which has attracted over 40,000 children since its inception in 1985.

Decorated alumni such as Lance Armstrong has set the bar for these future IRONMAN triathletes to race in a friendly yet competitive environment while inspiring them to embrace the tagline “Every Finisher is a Winner.”

IRONMAN Malaysia 2019 has drawn one of its biggest participation yet, with more than 2,500 participants from 70 countries set to compete at the swim start.

This year, the congregation of the race is made up of 35% Malaysians. This puts Malaysia as the largest athlete congregation, growing rapidly as compared to the 12% Malaysian participation rate in 2014, with just over 1,400 athletes.

Pantai Kok will see 446 first timers toeing the swim start for IRONMAN Malaysia 2019, and 410 firsttimers for the 70.3 event.

The Ukrainian defending champion has been in competitive form, having trained in Cyprus and France to prepare for IRONMAN Malaysia 2019.

Sapunov won last year’s event at the first attempt with a time of 8:33:36, and wants another solid performance in Langkawi.

“Podium finish,” was his reply when asked of his target.

Describing Malaysia as his favourite place, Sapunov also said the hot and humid conditions suits the 37-year-old. “The hotter the better for me.”

When asked on competing with multiple world champion Javier Gomez, Sapunov said it was an honour for him to line up alongside the Spaniard.

2017 IRONMAN Malaysia champion Romain Guillaume has tweaked his preparation for this year’s race as he bids to wrestle back the title from Sapunov.

“Last year I arrived a month before race day, and I lost a lot of energy because of the weather. I had cramps at one point, had to stop and it costed me a lot of time,” reflected Guillaume.

“So this time I have arrived 10 days before, the same time I arrived when I won in 2017. So the preparation will be the same, and I am hoping to win it again.”

But Guillaume, who won the Alpe d’Huez triathlon this year, knows he is up against 25 other world class triathletes.

“Every pro wants to win, and in these conditions anything can happen. When I won, I was leading by 11-minutes at one point, but I’m sure it will not be the same this time. I’m also positive that the winner will break my previous record. But I hope it is me!”

Javier Gómez, who was crowned the long- distance world champion and king of triathlon at the 2019 ITU Long Distance Triathlon World Championships in May, is also contender to spoil the party for Guillaume and Sapunov.

Gomez will be competing in Malaysia for the first time, and envisions a tough battle ahead in a quality class field of triathletes.

“A few of my friends had competed in previous IRONMAN Malaysia events, and had told me that this is a challenging course, so I’m here to check it out,” said Gomez, who is set to use Langkawi as training for next year’s Olympics.

“The weather here will be similar to Japan, so it will provide a good training for me ahead of the Olympics.”

Gómez is also an Olympic Silver medallist in men’s triathlon during the (2012 London Summer Olympics).