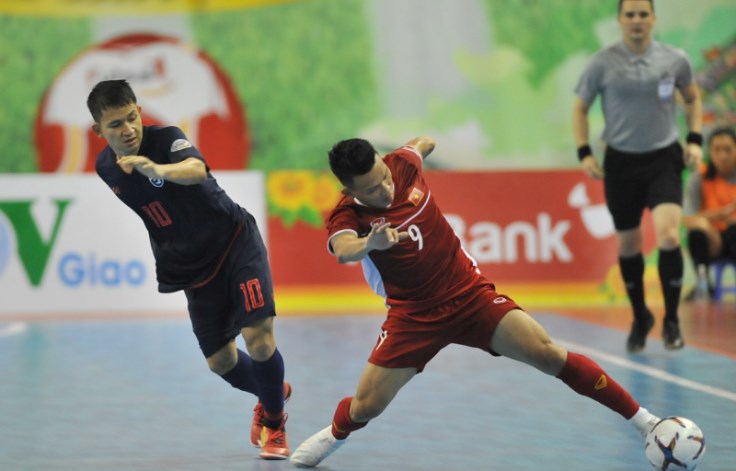 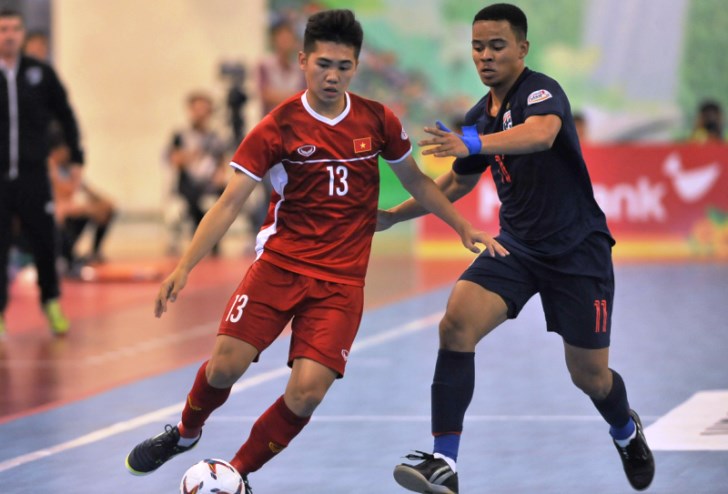 All it took was just one minute, in fact less than a minute blitz for Thailand to obliterate Vietnam 2-0 to book their eighth successive final of the AFF HDBank Futsal Championship 2019.

In the first semifinal that was player here at the Phu Tho Stadium threw everything they had at the Thais but the defending champions were just too slick as they waited until the second half to pounce on their aspiring opponents.

“We played a little slow and we did not really concentrate in the first five minutes of the game. But soon we took control and that patience in passing the ball around, looking for that opportunity which we found,” said Thailand head coach Jose Mendez.

“But it took a lot from us as we had to play it smart as the AFF competition is no longer like it was 12 years ago where we only need to worry about how many goals we could score. Now there are about five other teams who can compete against us.” Float

And compete Vietnam certainly did where the lack of individual quality saw them making it up with determination and also their desire to make a strong impression in front of their home fans.

With Duc Tung missing his target just under the ten-minute mark, it was Pham Duc Hoa who rocked the Thai crossbar as it then prodded the latter into action.

A double from Mohamad Osmanmusa and then Nattavut Madyalan went begging as Vietnam’s Vu Quoc Hung miss just before the half saw both teams on level terms.

But the second half would see a different Thai side as the pep talk seemed to have injected more vigour into their game.

Osamanmusa continued to be a thorn and where in the 26th minute, his clever back flick saw Ronnachai Jungwongsuk picking it up to float the ball over the onrushing Ho Van Y.

Moments later, a mistake from Van Y allowed Nattavut to seize the ball for a short pass to veteran captain Kritsada Chudech to finish.

“The gap between us and Thailand is getting smaller compared to years before. But we lost focus in that one minute and that two mistakes allowed Thailand to score,” said Vietnam head coach Miguel Rodrigo.

“We knew that it was always going to be difficult against Thailand considering that we still cannot play Futsal for the full 40 minutes duration. That is something which we need to work on and keep working to get better.”

All matches at the Phu Tho Stadium