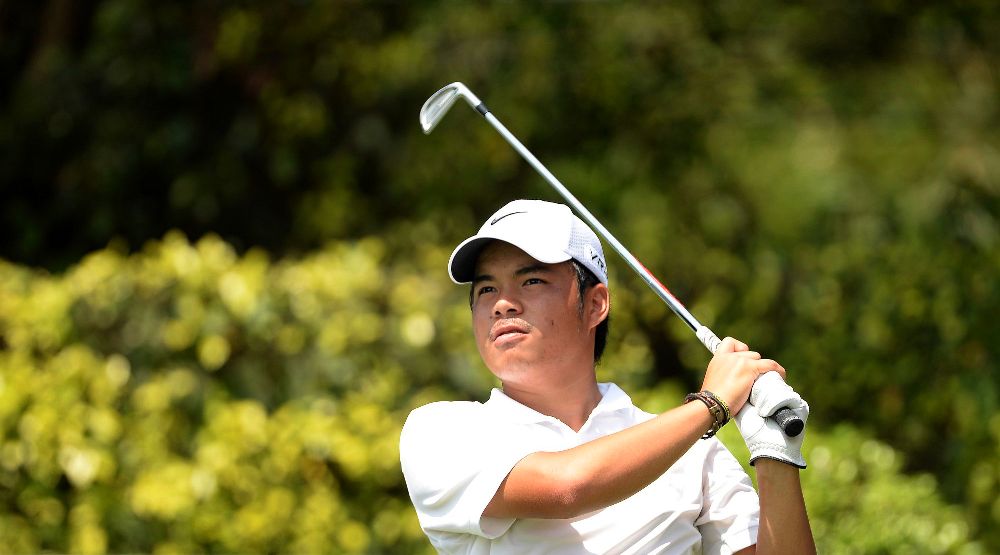 Miguel Tabuena of the Philippines has unfinished business to attend to at the US$500,000 Yeangder Tournament Players Championship (TPC) next week.

The talented 20-year-old lost on the second play-off hole to Prom Meesawat of Thailand last year but the defeat has pushed him to work even harder to achieve his goal of winning a first Asian Tour title.

He will be among the elite cast at the Linkou International Golf and Country Club who include five-time Asian Tour winner Mardan Mamat of Singapore, Angelo Que of the Philippines and Gaganjeet Bhullar of India, who won the event in 2012.

Local stars Lin Wen-tang, Hsieh Chi-hsien, Hung Chien-yao and Lu Wei-chih will also feature in the tournament from October 8 to 11.

Tabuena, who led by one-shot after three days last year, was forced into extra time when he parred the last hole after hitting his chip over the green. It remains a bittersweet memory for the Filipino who vows to comeback stronger.

“I would re-hit my chip on the 72nd hole. I caught my chip thin and hit it over the green. It was a sad and good end to the day. I lost, but I kept my Asian Tour card for 2016. A win would have changed my career so I hope to get some revenge this year,” said Tabuena.

The Filipino put in extra hours in training this year and his hard work has paid off as he won three local titles and was crowned as the number one golfer on the local circuit. He hopes the success in the Philippines will spill over to the Asian Tour.

“I’ve been playing my best. I bought a new TrackMan and that has helped my long game. I’m playing in more tournaments this year and the experience has helped. Winning on the local circuit is a big boost in confidence when I play on the Asian Tour,” he said.

Tabuena is bracing himself for another challenging week at the windy and tricky Linkou International course.

“I love Taipei. It is not too far from the Philippines. I feel at home there. I like playing in courses which has narrow fairways. The greens at Linkou are not predictable and like that to because nobody will have extra advantage,” said the Filipino.

“In Chinese Taipei, we are always ready for the windy conditions but I won on the Wack Wack course in the Philippines this year. It is one of the toughest courses in Asia so after winning there, I believe I can win on any golf course,” added Tabuena.

Players will be vying for good showings at the Yeangder TPC to boost their chances of qualifying for the prestigious CIMB Classic and WGC-HSBC Champions.

As of October 26, the leading four golfers from the Order of Merit will earn starting places in the US$8.5 million HSBC Champions in November while the leading 10 players will qualify for the US$7 million CIMB Classic at the end of October.

About the Yeangder Tournament Players Championship

The Yeangder TPC is the brainchild of Yeangder Group Chairman Mr. Emmet Hsu. An avid golfer himself, he holds his own on the fairways as well as the boardroom. Mr. Hsu is a strong supporter for golf in Chinese Taipei and across the region. Apart from sponsoring the Yeangder TPC, Mr. Hsu also sponsors the Yeangder ADT and supports the leading Chinese Taipei players including Lin Wen-tang, Chan Yih-shin, Lin Wen-hong and Chan Shih-chang.

The Yeangder Group has pledged to sponsor the Yeangder Tournament Players Championship (TPC) till 2015.