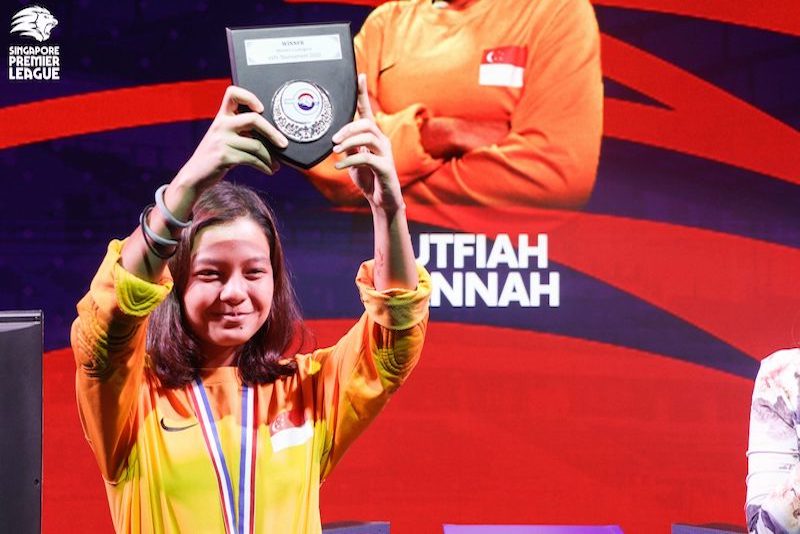 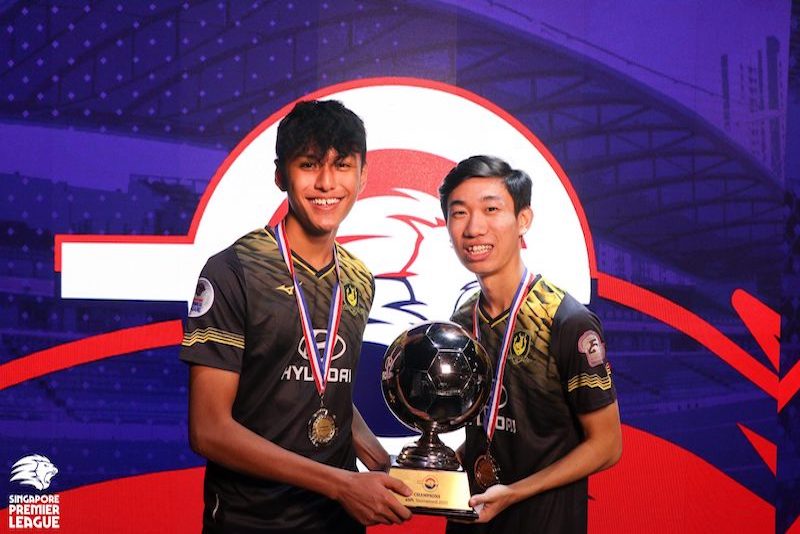 Tampines Rovers have been crowned champions of the inaugural eSingapore Premier League (eSPL) after two weekends of intense virtual competition.

The group stage matches took place on 11 and 12 July, while the knockout stage matches were played on 18 and 19 July.  The entire tournament was telecast by local broadcasters StarHub, Singtel, Mediacorp’s meWATCH as well as regional networks such as Indonesia’s First Media, UseeTV as well as eGG Network which is present in Australia, Malaysia, Myanmar, Indonesia, Philippines, Singapore and Thailand. It was also streamed on the SPL Facebook page.

Tampines duo Haziq Mikhail and Joel Chew got off to a rocky start in the tournament, finishing as runners-up in Group B with four points from three games. They lost 2-0 to Geylang International, drew 2-2 with Hougang United and won 2-1 against Tanjong Pagar United.

But they would go from strength to strength, by first defeating Albirex Niigata (S) in the first semi-final with two straight wins (2-1 and 3-0) in a best-of-three format to progress to the final. In the other semi-final, the Lion City Sailors went the full three rounds against Geylang – 3-2, 3-4, 2-1 – to earn the right to face Tampines.

The Sailors pairing of Zulqarnaen Suzliman and Iqram Rifqi won the first game 3-1 in the final’s best-of-five format, but could not sustain the momentum as the Stags came roaring back. Haziq and Chew showed their class by reeling off three straight victories – 4-0, 4-1 and 2-0 – to claim the eSPL title.

A delighted Chew, who also recently won the StayandPlay Asian Series 2020, said, “It really feels great to help Tampines Rovers be crowned as the first-ever eSPL champion, and it is always nice to win something! I think that the level of competition here was pretty good. Haziq and I did not expect to win the tournament at all because we were not familiar with Pro Evolution Soccer, but belief is one’s greatest strength, and I am glad we had it in us to eventually clinch the trophy!”

Haziq added, “Honestly, neither I nor Joel expected to even qualify for the final, much less to win it! We were not used to playing Pro Evolution Soccer and this was the first time we were pairing up together for an eSports tournament. Qualifying for the semis was also a surprise after we lost and drew our first two games respectively. However, I am just delighted to contribute some kind of silverware to the club even though it is on the virtual pitch this time!”

Two mini tournaments took place alongside the main eSPL tournament, the first featuring four players from the Women’s National Team and the second being a celebrity showdown match between the Sailors and SGAG.

Lutfiah Hannah emerged as the winner for the Women’s Tournament, defeating Stephanie Dominguez 2-0 in the semi-finals before recording a 4-1 win against Raudhah Kamis in the final. Hannah said, “I am delighted to be given the opportunity to participate in this event, and even going on to win it. I hope to see more of such tournaments in the future, so that it can give more exposure to women’s football in Singapore!”

In the celebrity match, Sailors stars Abdil Qaiyyim and Gabriel Quak defeated SGAG, who were represented by Xiao Ming and Calvin Singh. Both teams played as themselves, complete with their own customised jerseys as well as their actual teammates. The match went down to the wire until Quak broke the deadlock in the 88th minute with his in-game character. That sealed a 1-0 victory for the Sailors, who took home a plaque and a medal to commemorate their win. – www.fas.org.sg