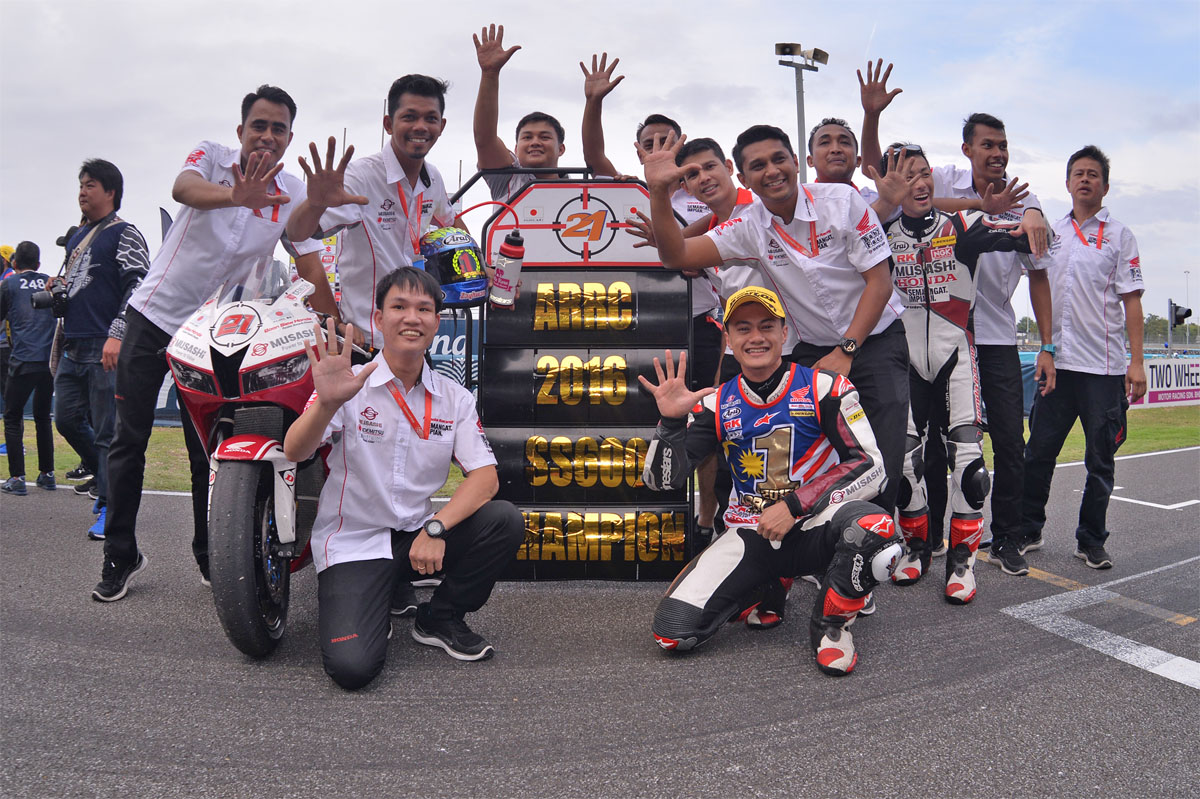 Team MUSASHi Boon Siew Honda’s rising star began with Ryuichi Kiyonari in 2012, followed by Azlan Shah Kamaruzaman in 2013, Zaqhwan Zaidi in 2014, and Yuki Takahashi in 2015. Zaqhwan became the first rider from the Honda marquee to win the title twice.

“Out of the five championship titles that we had won, this year’s battle reminded us of 2014. Coming into the final race, we knew that the odds were very slim. When the first practice started and we saw how well prepared the Yamaha Thailand team was, we had to face the reality that not only the podium was out of reach, but Zaqhwan had to finish three spots ahead of Koyama,” said Zulhelmi Ahmad, team manager of team MUSASHi Boon Siew Honda.

“While the team did the best we could to prepare the bikes for Zaqhwan and Yuki Takahashi, we did not apply undue pressure on either riders. At this level of competition, the riders themselves want the win as badly as we do. Any extra pressure could lead to disastrous results. A good example was how Takahashi’s fighting spirit led him into crashing out of Lap 1, all because he was too eager to catch up to the front and opened up on the gas too early at the exit of Turn 2.”

“This year’s title was one of the most difficult. There was simply no room for mistake. On paper, it looked like our team had an easy time dominating the championship for five whole years. But in reality, each title was hard won as the level of competition kept increasing from year to year. This time, we learnt a very valuable lesson – not to take the wildcards for granted. Decha Kraisart and Chalermpol Polamai’s dominating performance at the Chang International Circuit almost changed the course of the title chase.”