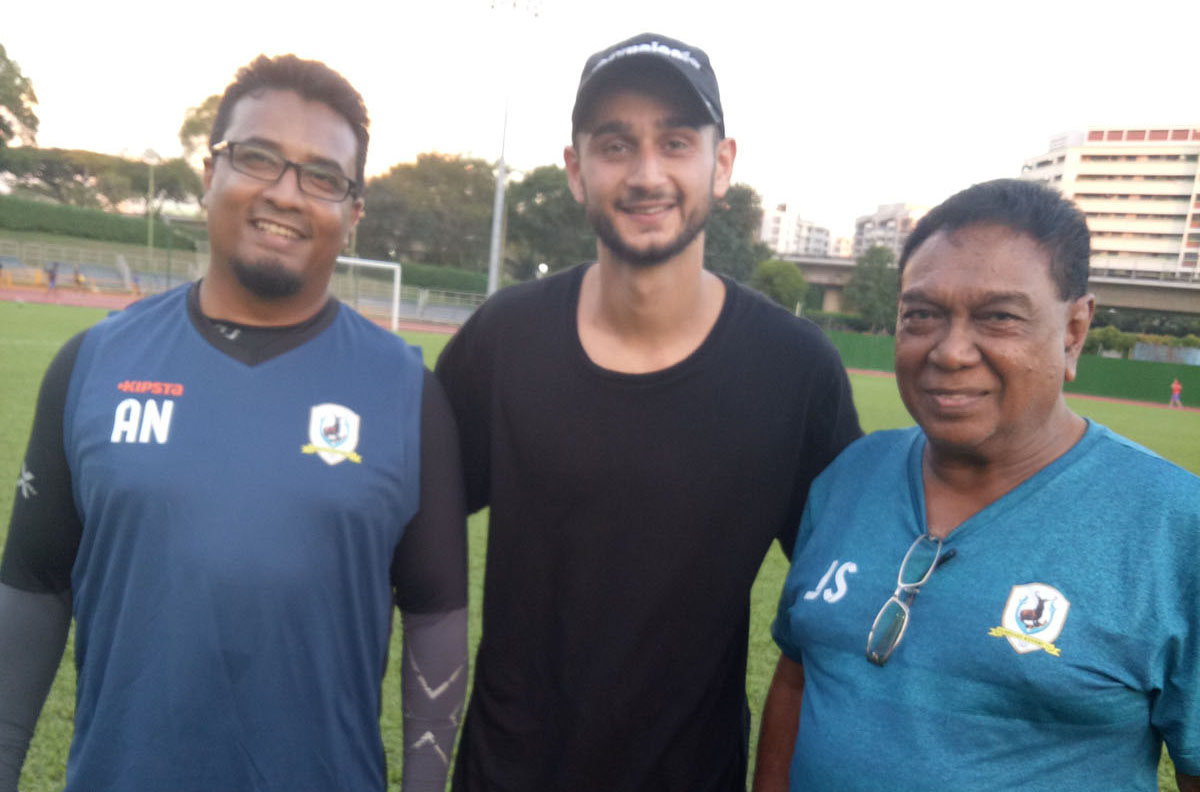 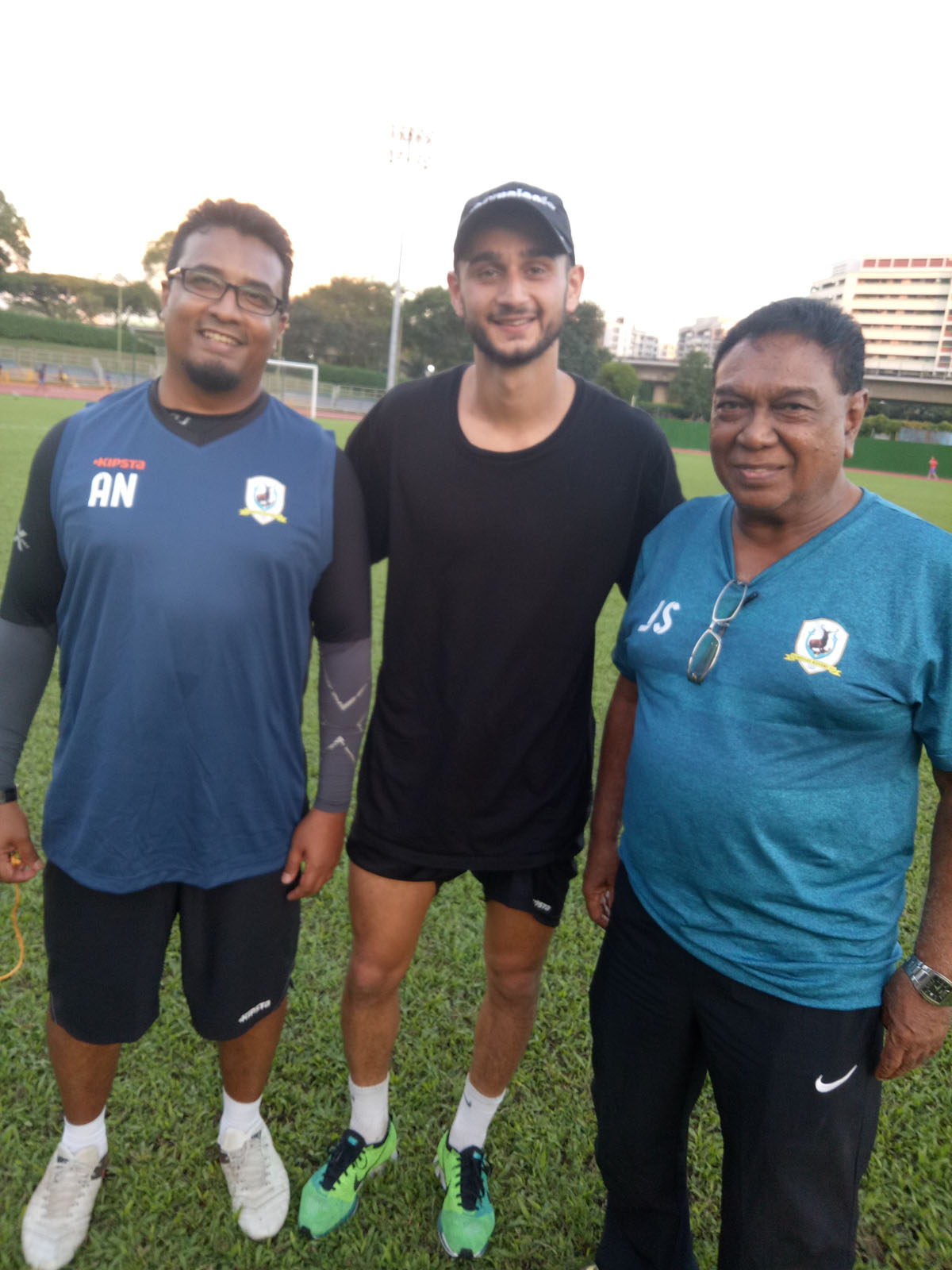 THIS is a family football tale from a dreamy chapter where a football-fanatic father wants his son to be a professional footballer in the same club he never got the chance to fulfill his playing ambitions. Let me introduce 23-year-old American football teenager Raspreet Sandhu, who has come for his ‘Singapore dream’ and started trials with four-times S-League champions Tampines Rovers on Friday.
No big deal, you may say.

But I say it’s bigger family news because Raspreet intends to follow the footsteps of his turbaned-father, Kalwant Sandhu, and play for the same club, which was founded in the 1940s, and ranks as one of the founder-clubs of the S-League, when it started in 1996. Let me declare my personal interests: Kalwant and I, for the record, were schoolmates at the famous St Joseph’s Institution along Bras Basah Road in the 1970s and even room-mates when we went for an Indian hockey tour in 1974 with Singapore Juniors.

He also excelled in football as a turbaned-striker for Tampines Rovers, too, but later migrated to Mountain View in California, USA, to realise his ‘American dream’ and raised his family there, the past three decades. Now the youngest lad, Raspreet (the other brothers are Hanspreet and Chandpreet) harbours ambitions to be a football professional. And Kalwant and USA-wife Pamela immediately aceded to his request – and what a dream-come-true move to pick his father’s favourite Singapore club. 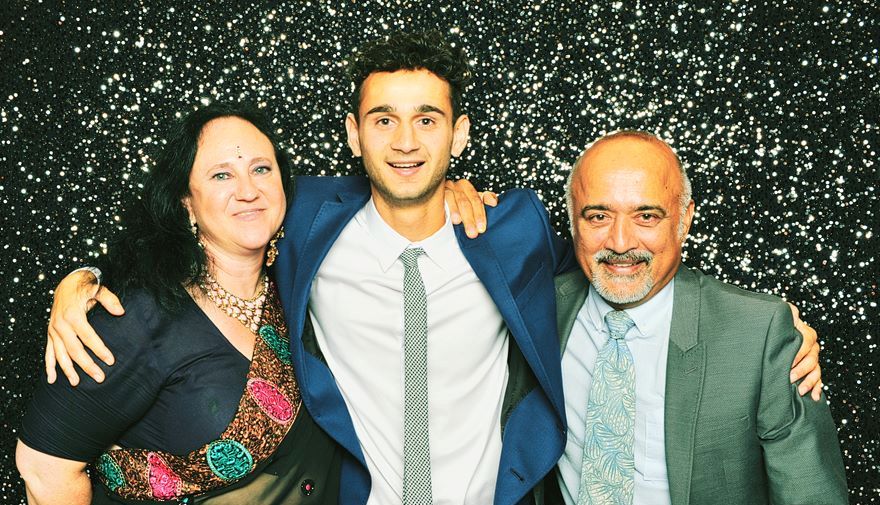 HANDSOMER THAN DAD
Raspreet is a far cry from his dad, I must confess. Turbanless, tall, quick-footed, smart-headed and, dare I say, even handsomer than papa, who admitted this week that “my son is 1,000 times better than me, football-wise”. And yes, Raspreet can elegantly juggle tennis balls, non-stop, with both feet, until the American cows jump over the moon!

“He has so much of footballing talent, ever since he was two years. Yes, two years! And when he hinted to me that he wants to be a football pro, after graduating with an university degree, I said, give it a shot at my Singapore club, Tampines Rovers, which ranks as one of Asean’s oldest clubs,” says Kalwant, 60, a well-known businessman in Mountain View, California, who even ran for the race to be a suburb mayor a few years ago.

“I’m a very, very proud mama,” says Pamela, a veteran USA-based nursing professional. “My youngest boy made tears well in my eyes to aspire to be what he always wanted to be – a good footballer. As a family, we will support Raspreet 1,000 per cent.”

Never make premature judgments on the first day, they always say. But, at first glance, watching Raspreet on the first day of trials at the Woodlands Stadium on Friday, I must say this American-Sikh has the balls and silky footwork to make it, as a value-added football professional, if he sincerely puts his heart and soul to his longer-term pro-football goals.

It’s never ever a bed of roses for a teenager to be a footballer, anywhere in the world, and especially having trials with the undisputed No 1 S-League club, with majority of the Lions (national team players). But Raspreet is level-headed enough to know the very tall order ahead of him. 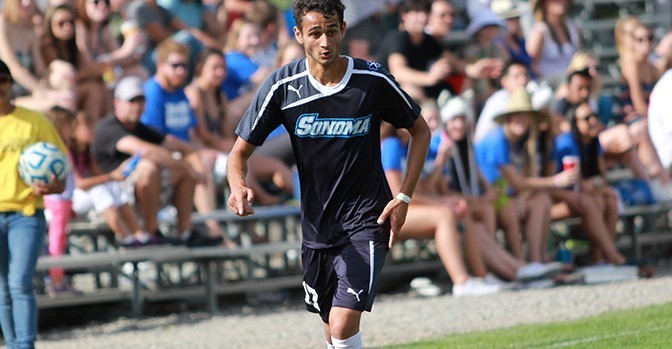 HEART OF STEEL
But, believe me, he’s got what it takes: A real heart of steel, a big head to succeed (without a turban!) and a steady pair of sure-footed football feet. Raspreet, who graduated with a Bachelor of Arts (History) degree from Sonoma State University in California, says: “Tampines Rovers is the biggest name club in Singapore and I want to prove my worth to be considered for selection. My father believes in me and I must have confidence in my playing skills to make it as a football professional.

“Yes, it’s going to be hard with a vast talent of new players coming for trials. But hopefully with the support of family and friends and, most importantly God, I will make my dream come true.”

Tampines Rovers Chairman Krishna Ramachandra, welcomed the entry of the American teenager. He says: “It’s good to see such a varied interest from young professionals-to-be far and wide to take part in our trials. Raspreet, being a Sikh, is a bonus as that community has produced some superb footballers over the years.”

Over to Raspreet: Your advice for any other young Sikhs, or even American-Asians, who want to take up sports, or football, as a career?
“What I’d like to say is to just follow your dreams,” he says. “Nobody can shape your future better than yourself. The way I see it is if someone else can do it, why can’t I, too? Just focus on your dreams, work hard and God will reward you with success.” 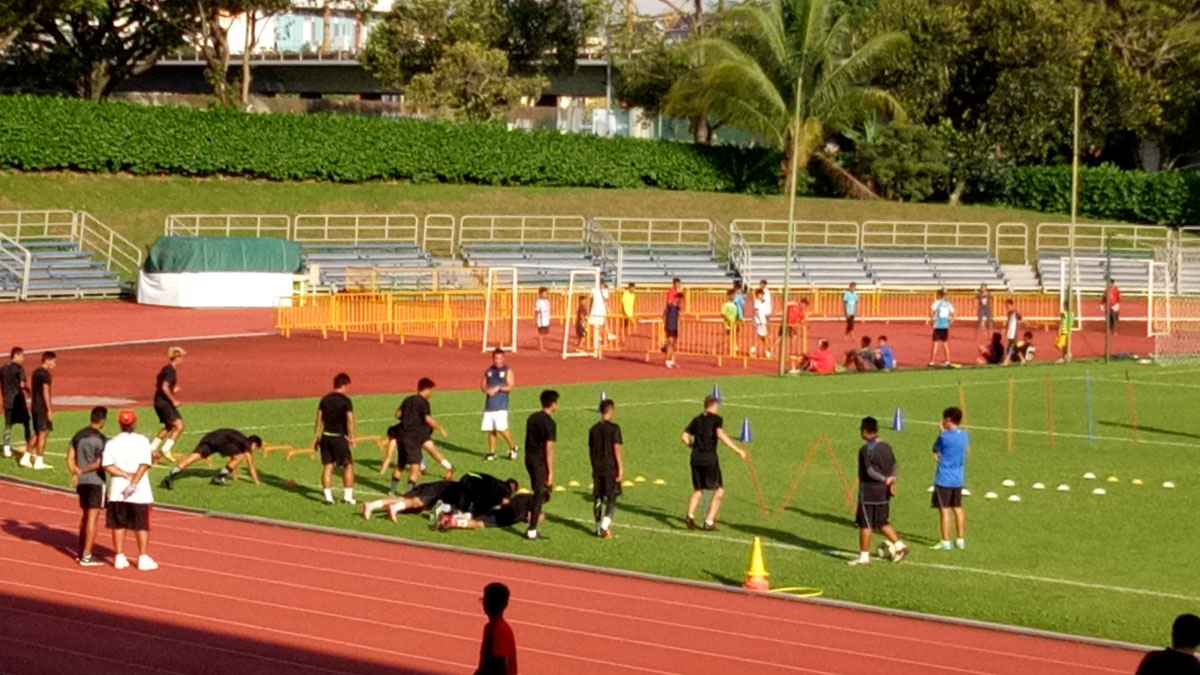 SIGNIFICANT MILESTONE
I wish Raspreet the very best to be the first overseas Sikh teenager to play in the S-League and in the process, writing a significant milestone and realising his papa’s dream of seeing his youngest son take a real crack at pro football.

At Tampines Rovers, he can find inspiration in Jita Singh, the award-winning former-FIFA instructor, who became the youngest coach to win the Malaysia Cup in 1981 at 29 years and in the process, decorated with the SNOC ‘Coach of the Year’ accolade.

At 22 years, Jita became the first Sikh player to represent Singapore during a fortnight-long playing tour to England in 1972 – the first and only time the Lions (nickname of Singapore national team) visited the ‘Home of Football’.

In Malaysia, Sikh-names like Santokh Singh and Shebby Singh have significantly hogged the football headlines from the 1970s onwards. Both turbanless Sikhs went on to be skippers of the Harimaus (nickname of Malaysian national team) in their respective positions as rear-guard sweepers of Asian-class standards.

Now only time will tell if Raspreet, who started with the America Youth Soccer Organization League when he was five years, can rewrite the books and, in the process, make (dad) Kalwant really proud as the first American-Sikh to make a S-League breakthrough.

For the moment, it’s just the three “F”s on Raspreet’s mind: Football. Family. Friends.
Suresh Nair is a Singapore-based journalist who was one of the founder-committee members of Tampines Rovers when the S-League was launched in 1996.