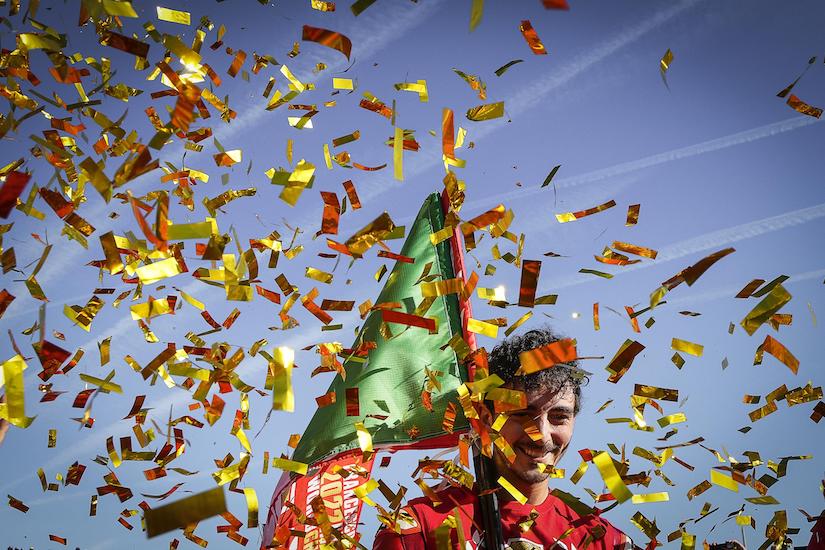 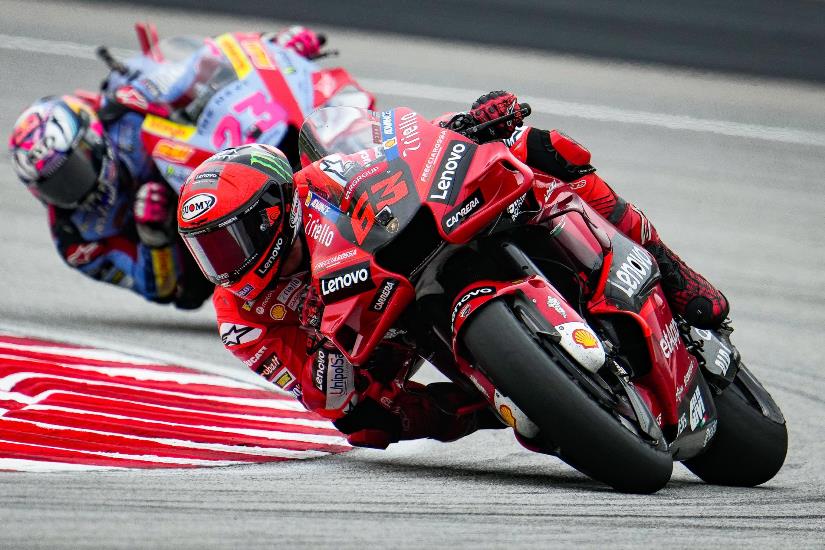 Ducati Lenovo Team’s Francesco Bagnaia is your new MotoGP™ World Champion after mounting one of the greatest comebacks in history over the course of the second half of the 2022 season.

In achieving a premier class title of his own, he follows in the footsteps of his legendary mentors, Valentino Rossi and Casey Stoner – the latter of whom was the last rider to win the Championship on a Ducati. You probably already know all of that, though. So, what about ten things you don’t know about the curly-haired Italian?

1. ​Bagnaia considers himself something of a chef, with cooking one of his main passions. Like motorcycles, it’s something he can’t give up and in his spare time, he enjoys experimenting in the kitchen. A true Italian, Pecco loves the classic dish of pasta with tomato and basil, though he has to sacrifice some meals to keep himself in peak physical condition throughout the season.

2. Life as a MotoGP™ rider can be fast and furious on track, so it is important to know how to unwind off of it. When Bagnaia needs to unplug, he hits the sofa at his grandparents’ home where they recently welcomed Turbo, an adorable Dachshund, to the family.

3. Bagnaia also likes to take in a movie, as well as some TV shows, during his downtime. Some absolute classics among his favourite’s list; Gladiator, Stranger Things, The Pursuit of Happyness, Harry Potter, Lord of the Rings and Star Wars.

4. When young, football, basketball, running, skiing and snowboarding and fishing were among Bagnaia’s favourite sports. He is a regular at Juventus games while also a huge fan of seven-time Formula 1 World Champion Lewis Hamilton.

5. For some time now, many teams have relied on the technical analysis of a coach who can help riders make a difference on the track. Two-time World Champion Casey Stoner and Stefano Manzi make up his dream ticket. In the closing two Grands Prix of 2021, Aussie Stoner was providing technical support to Bagnaia and teammate Jack Miller (Ducati Lenovo Team) in the Ducati box. Pecco claims that Manzi is one of the best teammates he has had alongside Miller and Luca Marini (Mooney Racing Team VR46).

6. While becoming a World Champion with the Borgo Panigale factory was one ambition, there are others. He dreams of trips to legendary circuits such as Laguna Seca and Suzuka, and would also like to spin some laps with 2003 and 2007 Desmosedicis.

7. Among the Ducati star’s top reads are autobiographies from sporting greats while he likes to collect book series. As for music, his tastes range from pop and rock to R&B/Soul, hip-hop/rap and metal.

8. Book series isn’t the only collection Bagnaia has, with the Italian a fan of trainers from various fashion brands also stockpiled at his home.

Enjoy the celebrations as the Italian ended 15 years of hurt for Ducati, and took his first-ever MotoGP™ title, by finishing P9 in Spain

9. Bagnaia has seen the number at the front of his bike change multiple times throughout his career. A lifelong fan of Noriyuki Haga, he raced with 41 at the front of his fairing in the beginning. By the time he reached the World Championship, he had to change again, choosing to honour Troy Bayliss, another of his childhood idols, by picking 21. Graduating to Moto2™ in 2017, he doubled down and switched to 42 before claiming 63 in the premier class in 2019.

10. GoFree. That’s the life motto Bagnaia adopted after he was told it ahead of the 2016 Japanese GP by a local girl.