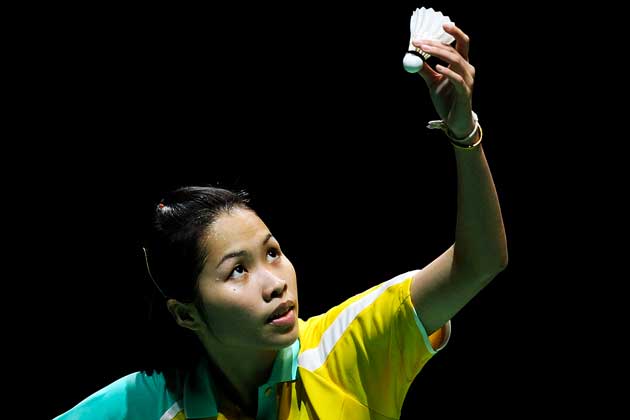 Thailand, led by world No 11 Boonsak Ponsana, packed had little difficulty against the young Singaporean side. Boonsak led the way with a 23-21, 21-12 win over 17-year-old Loh Kean Yew in 30 minutes.

Former world champion Ratchanok Intanon then came on court and tamed Singapore’s China-born Liang Xiaoyu 21-19, 21-18 in the women’s singles. The world No 7 took 39 minutes to give Thailand a 2-0 lead.

World No 15 Maneepong Jongjit-Nipitphon Puangpuapech had no difficulty in their 21-15, 21-14 win over Singapore’s scratch combination Hendra Wijaya-Loh Kean Hean in the men’s doubles before Sudket Prapakamol-Saralee Thoungthongkam walked away with a 21-19,8-21, 21-11 over Terry Hee Yong Kai-Tan Wei Han in the mixed for the 4-0 whitewash.

“This is my second Axiata Cup and we made the final last year before losing to Malaysia. Hopefully today’s win will boost our confidence for tomorrow’s (Friday’) match against Europe. It is going to be tough facing the Europeans as they are experienced players,” said Boonsak after his win.

Europe, represented by players from Scotland, Russia and France proved too strong for the young Philippines side.

Seven-time France national champion Brice Leverdez needed only 28 minutes to give Europe their first point with an effortless 21-6, 21-15 win over Jayson Oba-On before Scottish ace Kirsty Gilmour made it 2-0 with a 21-16, 21-8 win over Sarah-Joy Barredo, a 17-year-old High School student, in 29 minutes.

European champions Ivan Sozonov-Vladimir Ivanov of Russia were too strong for Philip Joper Escueta-Ronel Estanislao, needing only 22 minutes for a 21-16, 21-13 win. In the mixed doubles Scotland’s Robert Blair-Imogen Bankier stormed past Paul Jeffersen Vivas-Eleanor Christine Inlayo with a 21-18, 21-10 scoreline for a 4-0 win.