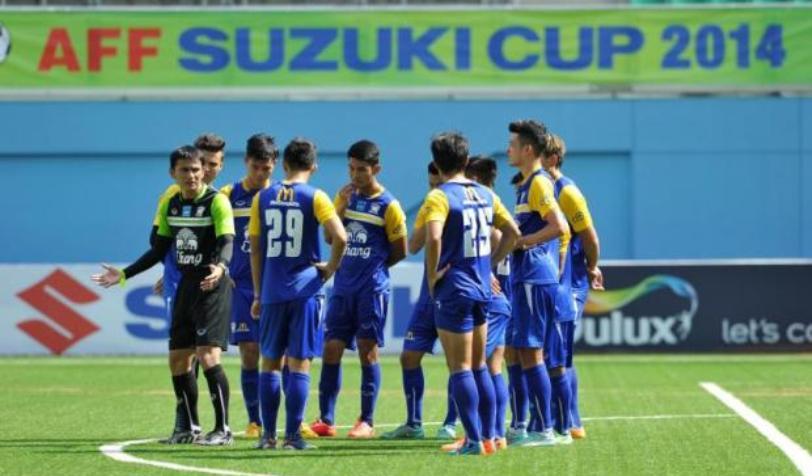 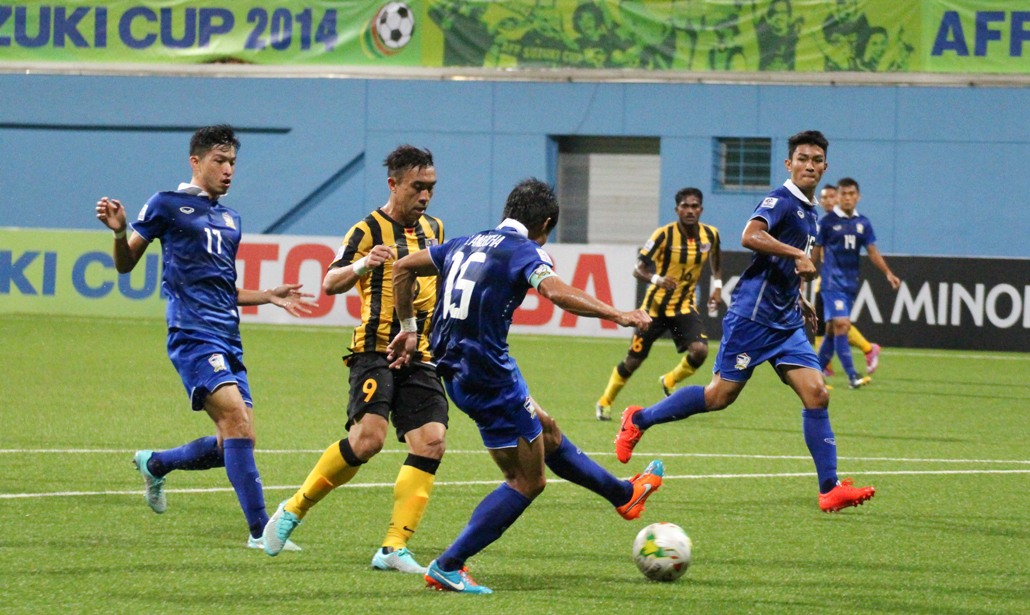 Thailand, once the giants of the region, sounded a clear warning of their intentions when they delivered another convincing performance in their 3-2 victory over Malaysia in a AFF Suzuki Cup Group B match at the Jalan Besar Stadium last night.

The Thais, who had stunned defending champions and hosts Singapore 2-1 in their opening game two days ago, overcame a spirited Malaysian side to book their place in the semifinals. Malaysia led twice today but Thailand managed to equalize both times and smashed in the winner from Adisak Kraisorn in 90th minute.

For Malaysia, it was heartache as they snatched the lead through Amri Yahyah in the 28thminute before substitute Adisak levelled the score in the 43rd minute. Safiq Rahim, one of the stars of Malaysia 2010 cup winning campaign, restored Malaysia’s lead with a sensational goal in the 61st minute but Charyl Chappuis made it all square again ten minutes later.

But the stake in the hearts of the Malaysian fans came in the 90th minute when Adisak whipped his shot past Khairul Fahmi Che Mat.

A delighted Kiatisuk Senamuang, the Thai head coach, said his team had secured major and very important victories against two strong teams in this tournament. “First we defeated hosts Singapore and that was not an easy game. And today, we defeated Malaysia, a team with very experienced players. I’m very proud of my players … they never gave up till the end.

With two crucial wins in the bag, Kiatisuk said it was time to up the pace in the semifinals and final and go for the cup. “We have qualified and must now look at winning the title,” said the former striker, who went on to add that they would not be holding back against Myanmar in their last match. “We must always go for a win … we play for our fans.”

An upset Dollah Salleh, the Malaysian coach, said this. “I was very happy with the way the boys played, but it was not the result we wanted.”

In tonight’s Malaysia had a freekick from the top of the box in the very first minute but Safiq’s shot struck the wall. Three minutes later, Thailand’s Channathip weaved his way down the middle and passed to Krokrit Thawikan on the left  but Sarawut Masuk, who was waiting in the centre, failed to get a clean shot.

Thailand, with Channathip commanding the assault, gave the Malaysian defence problems but in the 29th minute, against the run of play, Amri picked up a neat pass from Safiq to hammer home the opening goal. His low shot to the left was well beyond the reach of Kawin Thamsatchanan.

The goal in no way bothered the Thais who continued to press forward. To add sting to their attack, coach Kiatisuk Senamuang replaced Kirati Keowsombut with Adisak Kraison in the 41stminute. And within two minutes, Adisak was celebrating with the Thai fans. Despite being pressured, he managed to flick in a cross from Charyl Chappuis  past Khairul Fahmi.

But the half was not yet over. There was one more attempt which had the entire stadium gasping. Amri, from about five metres inside his own half, spotted the Thai keeper out of position and blasted the ball towards goal. To the dismay of the Malaysian bench, the shot sailed over the keeper and hit the crossbar.