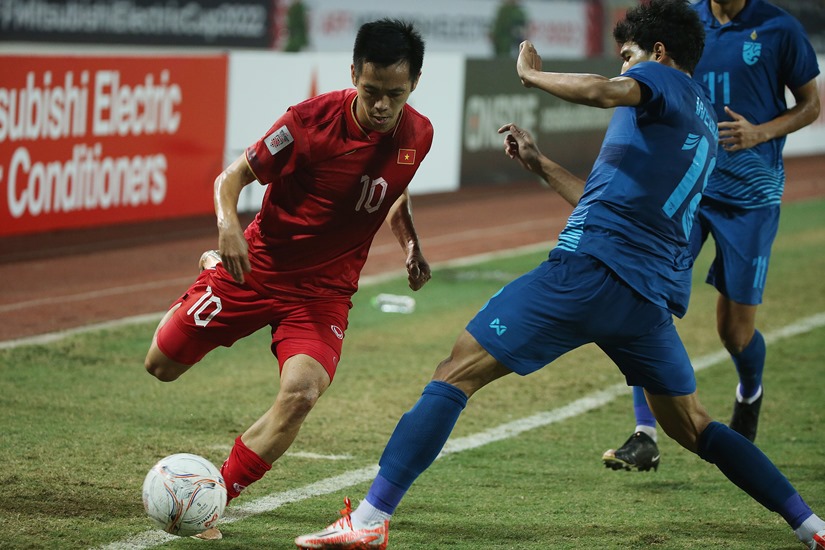 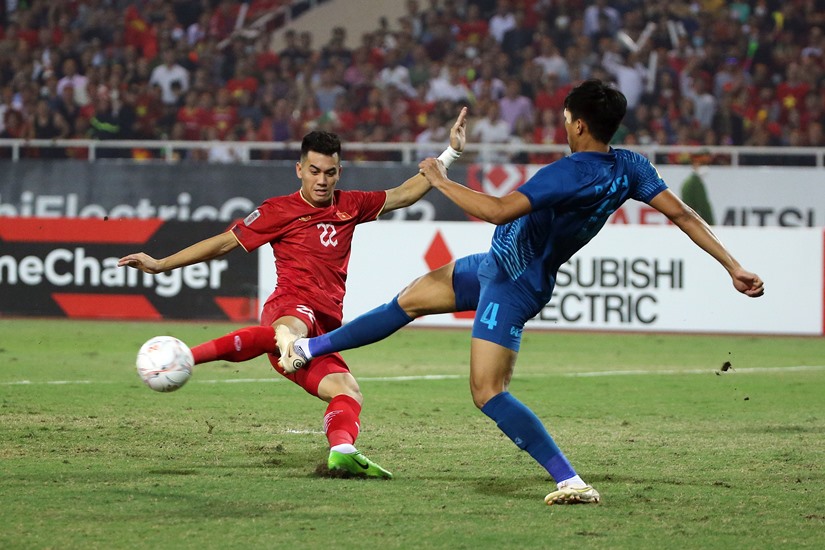 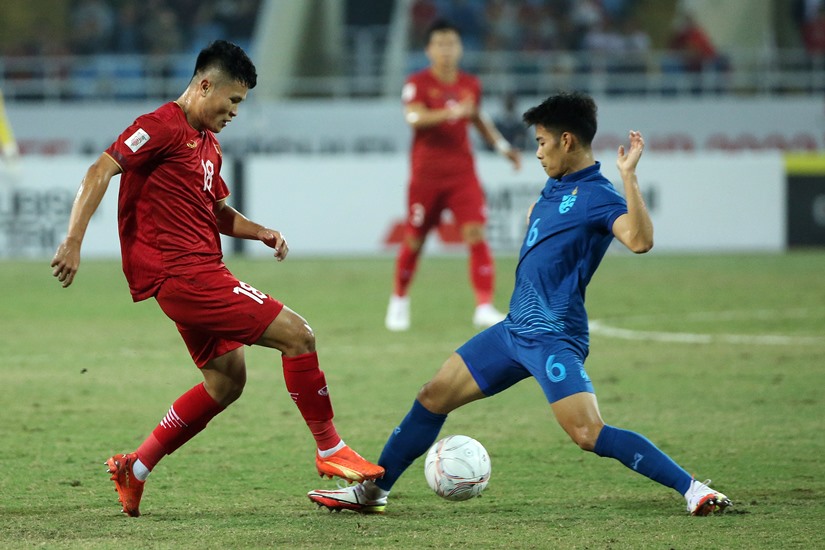 An advantage no matter how slim is still an advantage as Thailand made sure their aim of back-to-back championships is still very much alive following their superb 2-2 draw in the first-leg, Final of the AFF Mitsubishi Electric Cup 2022 this evening at the My Dinh Stadium.

Following a tense opening period, hosts Vietnam prised open the lead in the 24th minute with a diving header from Nguyen Tien Linh off an inch-perfect cross from Que Ngoc Hai.

A smashing freekick from Thai captain Theerathon Bunmathan that rocked the woodwork just before the break saw the score standing at 1-0 to Vietnam’s advantage.

But the pep talk during the breather breathed further urgency into the Thai game as Theerathon’s floater in the 48th minute was picked up by Poramet Arjvirai, who fired past two defenders for the equaliser.

In the 63rd minute, Theerathon was again in the thick of things with a superb through ball for Sarach Yooyen to beat Vietnam custodian Dang Van Lam for the second time on the night.

But just when Thailand thought they had the game in the bag, a defensive lapse in dealing with a corner in the 88th minute allowed substitute Vu Van Thanh to fire in the equaliser.

With the away goal rule in force, it will be all to play for in the second-leg, Final of the AFF Mitsubishi Electric Cup 2022 in Bangkok on Monday.