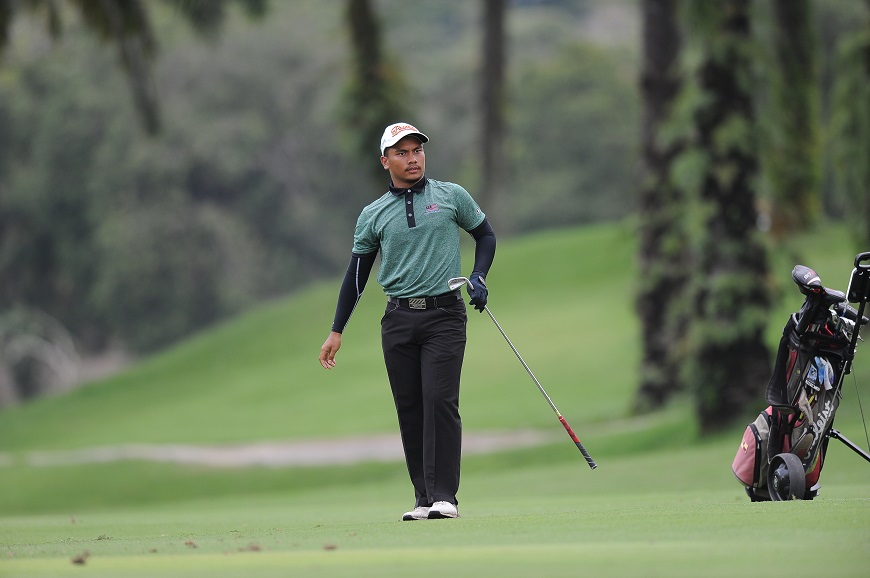 “The course was superb and in an immaculate condition. It was a pleasure to play in a course designed by the Golden Bear,” added Sadom.

Considered as one of the most prestigious amateur golf team championships in the region, the Nomura Cup is often regarded as the final benchmark for top amateur players contemplating their next move in the game. Often, it serves as the ultimate checkpoint for these players before setting on their journey in the paid ranks.

Afif Razif who scored 2-under-par 70 yesterday, only managed to card 3-over-par 75 for 1-over-par 145 two-day total. Malaysia dropped 5 places to finish 12th after Round Two of the Nomura Cup after carding 211, 216 for 427 two-day tournament total.

“I made 2 bogeys and 2 birdies on the front nine and another birdie on the back nine,” said Afif Fathi. “Instead of wondering what I could do better today, I will focus instead on the next rounds of the Championship.”