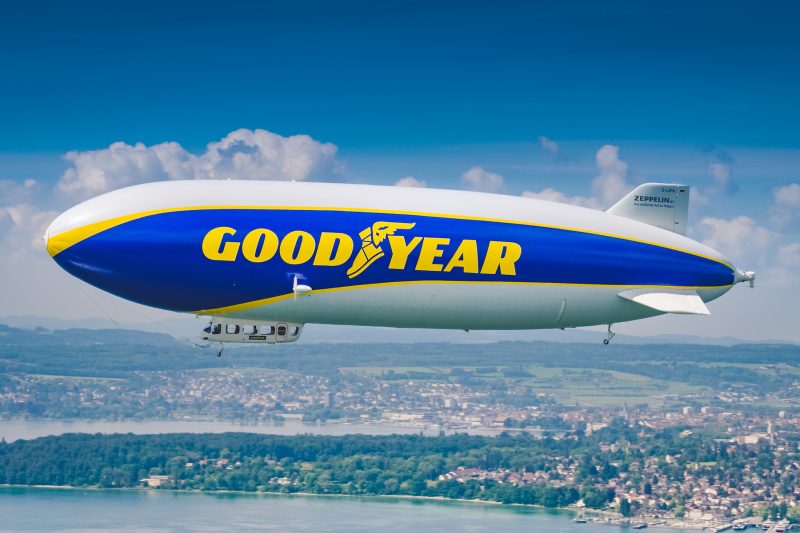 The famous Goodyear Blimp will take to the sky during WTCR Race of Germany at the Nürburgring Nordschleife on Saturday.

A globally recognised icon that has been an ambassador for the brand for almost a century, the Goodyear Blimp hadn’t flown over a European motorsport event in 35 years prior to its appearance at the Le Mans 24 Hours last weekend.

It will fly again when the WTCR – FIA World Touring Car Cup visits the Nürburgring Nordschleife for the second event of the 2020 season, which forms part of the ADAC TOTAL 24h-Rennen weekend

Mike Rytokoski, Chief Marketing Officer, Europe at Goodyear, said: “A true icon that has captured the imaginations of fans and consumers across the world for almost a century, the Goodyear Blimp is instantly recognisable. Its return to Europe is long-awaited and is the perfect way to celebrate our return to European and international motorsport.”

The Goodyear Blimp operating in Europe is a Goodyear-branded Zeppelin NT semi-rigid airship. This model is the largest semi-rigid airship in the world today, measuring 75 meters long, up to 19.5 meters wide, and 17.4 meters tall.

Flying overhead at the Nürburgring Nordschleife, the Goodyear Blimp will provide unique live TV aerial coverage of on-track action and serve as an eye-catching brand ambassador for Goodyear, the official WTCR tyre supplier with its Goodyear Eagle F1 SuperSport covers.

The Goodyear Blimp that flies in Europe is the same model as the three Goodyear Blimps operated by Goodyear in the United States. These Blimps often fly at major sporting events, such as NASCAR, for which Goodyear is also the exclusive tyre supplier, NBA games, American college football games and PGA golf events.

However, the Goodyear Blimp has an illustrious history in Europe, too. Between 1972 and 1986, a Goodyear Blimp named Europa appeared at a number of key events, from top-level sporting events such as the 24 Hours of Le Mans, German Grand Prix and French Open, to key cultural moments including two British royal weddings.