Home 2022 The C3Rally2Family returns to Monte-Carlo 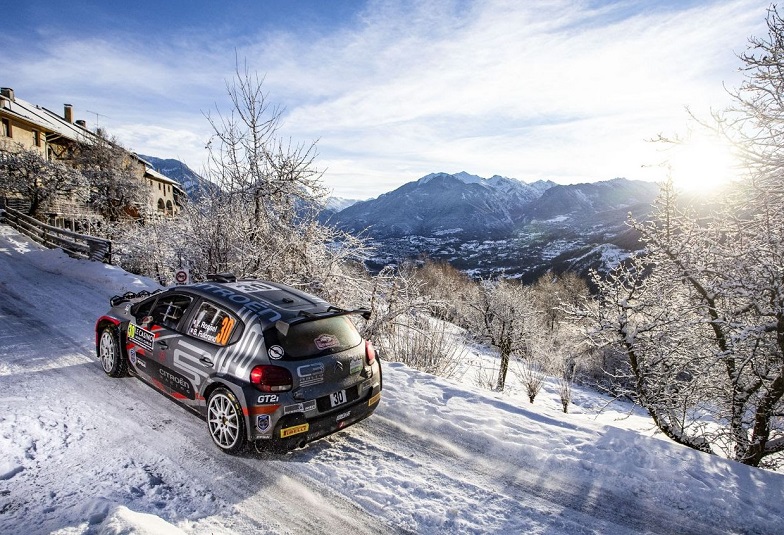 After a successful 2021 international campaign, in which it secured the WRC3 title and claimed several class wins in the WRC2 and WRC3, the Citroën C3 Rally2 returns to action at the 2022 Rallye Monte-Carlo with an impressive, consistent driver line-up aiming for promising results in WRC2.

Following a world title in the WRC3 and various national titles in all four corners of the globe, Citroën Racing’s customer racing best-seller kicks off its 2022 season in the World Rally Championship at the opening round of the WRC, the iconic Rallye Monte-Carlo.

Since making its competitive debut in 2017, the C3 Rally2 has benefited from the engineering skills of Citroën Racing technicians, optimising its performance and helping it deliver an impressive 69 outright wins in 2021. Results that reflect the growing popularity of C3 Rally2 and enthusiasm among drivers for the car.

WRC3 champion in 2021, Yohan Rossel returns for an international campaign in the WRC2 with a C3 Rally2 operated by the PH Sport team. Following the Rallye Monte-Carlo, the French driver – a four-time winner in the C3 Rally2 – will compete in Portugal, Croatia, Italy, round 8 (venue to be confirmed), Greece and then in Spain, the final event in his WRC2 programme.

2021 winner of the Rallye du Rouergue and Rally Catalunya in the WRC2 in the C3 Rally2, Eric Camilli has committed to a full programme in the WRC2 at six rounds of the WRC calendar with the SaintéLoc Racing team. Having already topped the RC2 class at the 2020 Rallye Monte-Carlo in the C3 Rally2 before finishing third, the Nice driver would aims to start his season in the foothills of the French Alps strong.

After ending the 2021 season in fine form, notably winning the Rallye du Condroz in Belgium and the Final of the French Rally Cup at Châteauroux in a C3 Rally2, Stéphane Lefebvre could hardly sit out the iconic Rallye Monte-Carlo.

Full of confidence in the C3 Rally2, a car he knows well, Lefebvre lines up with the DG Sport team and will be hoping to mark the inaugural WRC round in Monaco, before then competing at rallies in Croatia, Portugal and Italy in the WRC2 class. Other rounds may be added to his programme.

A regular in the C3 Rally2 since 2020, American driver Sean Johnston is set to make a third appearance at the Rallye Monte-Carlo after securing a RC4 class win in 2020. Competing in a C3 Rally2 run by the SaintéLoc Racing team, Johnston aims to secure a full WRC2 programme this year.

Recent test sessions held with Citroën Racing’s technical teams have enabled the drivers to confirm their confidence in the C3 Rally2, which is equipped with the latest upgrades to the front subframe, and fine-tune the specific set-up for Rallye Monte-Carlo.

“With 69 wins secured in 2021, the Citroën C3 Rally2 has shown its performance and versatility on some of the most demanding roads in Europe, Latin America and Asia. Our technical teams have been working tirelessly to ensure the #C3Rally2Family drivers have the best solutions to fight for the leading positions. The recent upgrades to the front axle to improve traction will enable our drivers to exploit the full potential of the C3 Rally2. Yohan, Eric, Stéphane and Sean will be able to use the Rallye Monte-Carlo stages to stand out in the WRC2 class in what is set to be a very closely-contested event.”

“I’m very pleased to continue competing in the World Championship with Citroën Racing. The WRC3 title was a really important step and I’m now going to do my utmost to build on that result in the WRC2 over a seven-rally programme. Rallye Monte-Carlo is without doubt the toughest rally of the season. I have been very thorough in my preparations in order to be ready for this endurance event. This year, I’m back with PH Sport, the team that helped me win the French Championship title with the C3 Rally2 in 2019. I hope to make the most of my experience at the Rallye Monte-Carlo to secure a good result and make a strong start to my WRC2 programme.”

“I’m really looking forward to racing again with Citroën Racing and SaintéLoc Racing in the WRC2. I’m back in a team that I know well and a formidable C3 Rally2 in which I won the WRC2 class at Rally Catalunya last October. I’m lucky enough to have a full programme in the WRC2. We know it’s going to be a tough, very closely contested season. The first round of the year, Rallye Monte-Carlo, is my home event. My preparations have been meticulous, not overlooking any details, so we can be ready when the light turns green on the opening stage.”

“DG Sport and Citroën Racing have given me the opportunity to return to the WRC2 World Championship by taking part in the Rallye Monte-Carlo in the C3 Rally2. I’m really looking forward to being at a rally where I haven’t competed since 2017 and hopefully producing a good performance at the opening event. I’ll be able fight to do my best in the C3 Rally2, which is very efficient with the new upgrades.”

“I’m very excited, along with my co-driver Alexander Kihurani, to be back at this iconic rally, taking on the very demanding stages of the Rallye Monte-Carlo. 2021 was tough in Monte, because I was still recovering from Covid. This year, I have been able to prepare really well to get back in the C3 Rally2 with SaintéLoc Racing and head into the rally in much better shape. My WRC programme last year helped develop my experience in the C3 Rally2, especially on tarmac. I’m really hoping to make the most of everything I’ve learned on these uncompromising roads before finalising my WRC2 programme.”