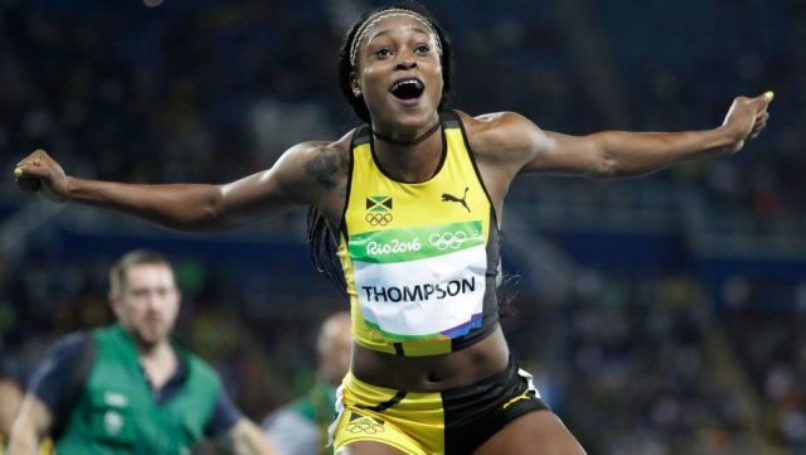 Rarely can a women’s 200m race headlined by recently-crowned double Olympic sprint champion Elaine Thompson be seen to boast such as stellar field as the one gathered for the Zurich Diamond League meet on Thursday.

Lining up alongside Thompson are world champion and Olympic silver medallist Dafne Schippers of the Netherlands, American Allyson Felix, who won 200m gold at the 2012 London Games and is also a three-time world champion in the distance, and Jamaican Veronica Campbell-Brown, Olympic champion in 2004 and 2008.

Between them, the quartet have dominated the women’s 200m since 2004, reaping seven of the 12 available medals in the last four Olympics and 10 of the 18 in six world championships over the same period, including nine individual 200m golds.

They will be joined in the Weltklasse field by European champion and Olympic bronze medallist Dina Asher-Smith of Britain and three-time Olympic finalist Michelle-Lee Ahye of Trinidad and Tobago.

Aside from Thompson, there will be 14 other Olympic champions on show in Zurich, which is the first leg of the two-event final of the Diamond League, the second leg coming next week in Brussels.

Schippers is the runaway leader for the Diamond Race in the 200m, guaranteed to leave Switzerland $40,000 better off as one of the 16 discipline winners on the night.

In what is guaranteed to be a high-quality meet, Renaud Lavillenie goes head-to-head with Brazilian Thiago Braz da Silva, the pole vaulter who beat him to gold in Rio amid widely-condemned jeering of the Frenchman.

No matter the result on Thursday, Lavillenie will leave with a cheque as he, like Schippers, is guaranteed victory in the Diamond Race and will become the first athlete to win the trophy for the seventh consecutive time.

Fans will be hoping for calm conditions for a field that also includes Olympic bronze medallist Sam Kendricks (USA), Poland’s Piotr Lisek and Czech Jan Kudlicka, who both placed fourth in Rio, as well as world champion Shawn Barber of Canada.

Elsewhere on the track, all eyes will be on two record-setting women: Kenyan-born Bahraini Ruth Jebet and American Kendra Harrison.

Olympic champion Jebet obliterated the 3000m steeplechase record in Paris on the weekend, while Harrison set a new 100m hurdles world record shortly after missing out on selection for the US squad that went to Rio.

In Harrison’s absence, the US team still managed a cleansweep in the short hurdles, but she has targeted bettering her own world record before the season is out.

Whether Jebet can repeat her feats with such a short turnaround is anyone’s guess, but she will doubtless face a strong challenge from the five fastest finalists of the Olympic Games.

South Africa’s Olympic 800m gold medallist Caster Semenya will be tested by the woman she beat into second in Rio, Burundi’s Francine Niyonsaba.

The Diamond League meet kicks off on Wednesday with the women’s pole vault, to be held at Zurich’s central train station. – Agence France-Presse