Home 2021 Thongchai battles into contention at US Senior Open 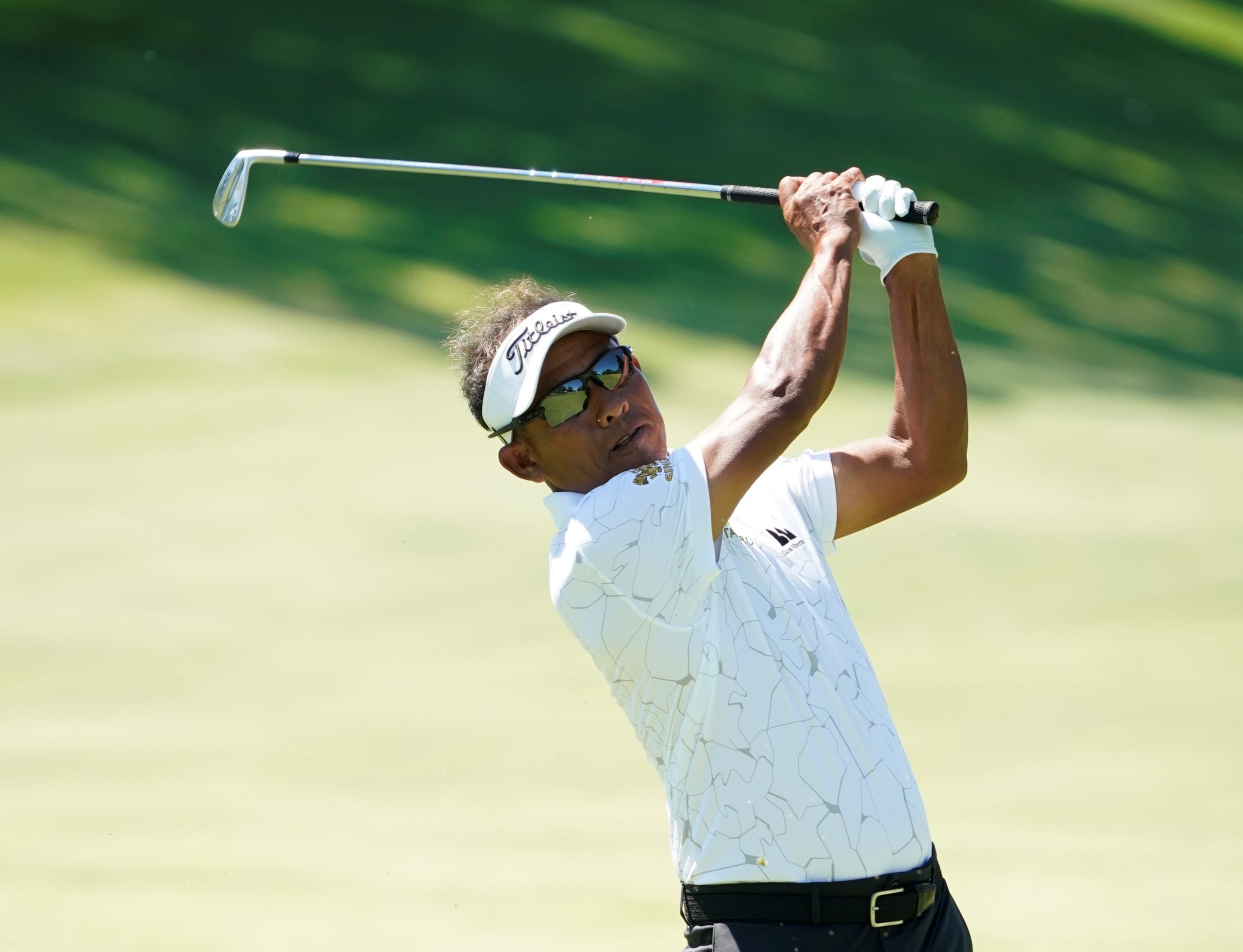 Thongchai Jaidee fought through tough conditions to move into contention at the halfway stage of the U.S. Senior Open following a 1-over 71 at Omaha Country Club in Nebraska on Friday.

With swirly winds dominating play, the 51-year-old Thai star made five birdies, including on all three par-5 holes, and six bogeys to end the second round in a share of fourth place on 140, four behind halfway leader Jim Furyk who produced the day’s low of 64 to lead by two.

“The golf course is very tricky today. Really affected in the morning, it was quite windy. For me, I try to keep the ball in play. You have to be on the fairway and I couldn’t hit many fairways. Good thing is the par-5s were reachable and I made birdies on the par-5s. I’m happy,” said Thongchai.

This week is only his third start of the year on PGA TOUR Champions after COVID-19 threw a spanner in his schedule after earning his card by finishing second in Qualifying School in December of 2019. He finished T11 in his last start at the Principal Charity Classic in June and was in the top-30 in two other appearances.

Thongchai made a couple of three putts around the turn, which throws up some of the toughest holes at the Omaha course. “Anywhere on the golf course it is very, very difficult. Tomorrow, play the same thing – fairways, greens, and putt,” said Thongchai, who was a three-time Asian Tour No. 1.

“I had two three-putts today, three-putt on 8 and then three-putt on 12. Made a birdie on 13 where I tried to hit driver on the green and then a nice two-putt from there. Got a lot of birdies, but a lot of bogeys too. Very happy with my score in conditions like this. I really enjoyed it and look forward to the weekend. It gives me a shot on Saturday and Sunday, and I’ll try to do my best. The challenge is the green which is very tricky. You have putt well.”

Update to Saturday’s schedule: Due to anticipated inclement weather, the third round will start at 8:15 a.m. (ET) with threesomes off Nos. 1 and 10.