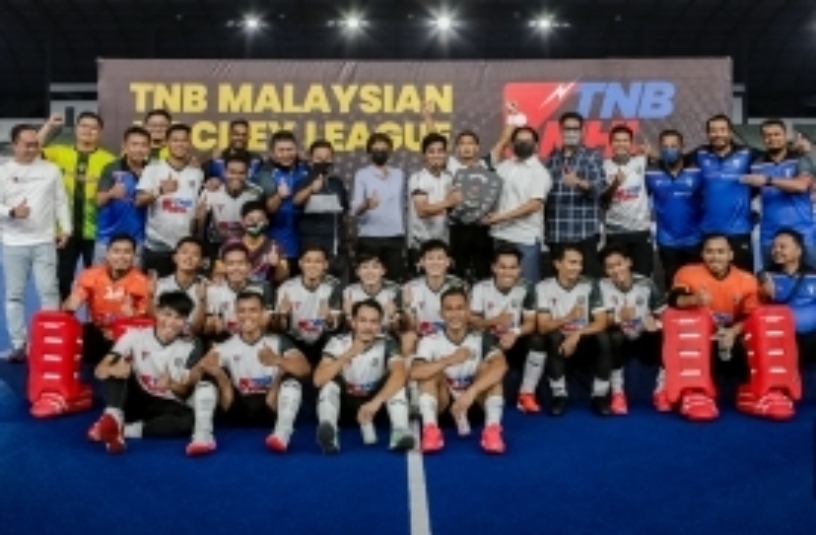 The Terengganu Hockey Team (THT) wrested the Charity Shield, the first piece of silverware in the new season of the TNB Malaysia Hockey League when they defeated Tenaga Nasional 3-2 National Hockey Stadium tonight.

Although they had to work overtime for their victory it was a clear indication of their intentions to dominate this season. The former league winners and TNB Cup champions had an inspiring start, scoring within the first 10 minutes and comfortably led by three goals by the 40th minute.

Faizal Saari was spot on in the first penalty corner of the match, superbly squeezing his shot between the goalkeeper and the defender in the seventh minute.

Tenaga Nasional battled back furiously, forcing their way through a solid THT defence, but their attempts fell short. Several penalty corners later and there were still no shots landing in the goal.

Despite Tenaga Nasional’s best efforts, it was THT that doubled the lead, again through Faizal in the 35th minute. An unorthodox block by a defender led to a penalty stroke which Faizal coolly slipped in.

If THT thought the game was all but wrapped up, they were absolutely wrong.

THT chief coach Roslan Jamaluddin expressed satisfaction over the performance of his charges, saying that the team had earlier set a target of winning the Cup and is looking forward to a challenging season.

For Tenaga Nasional, it was another loss in the Charity Shield in successive years.

A replacement for UniKL in the Charity Shield, Tenaga Nasional has much to be delighted about, particularly the tremendous spirit their players displayed throughout the match.