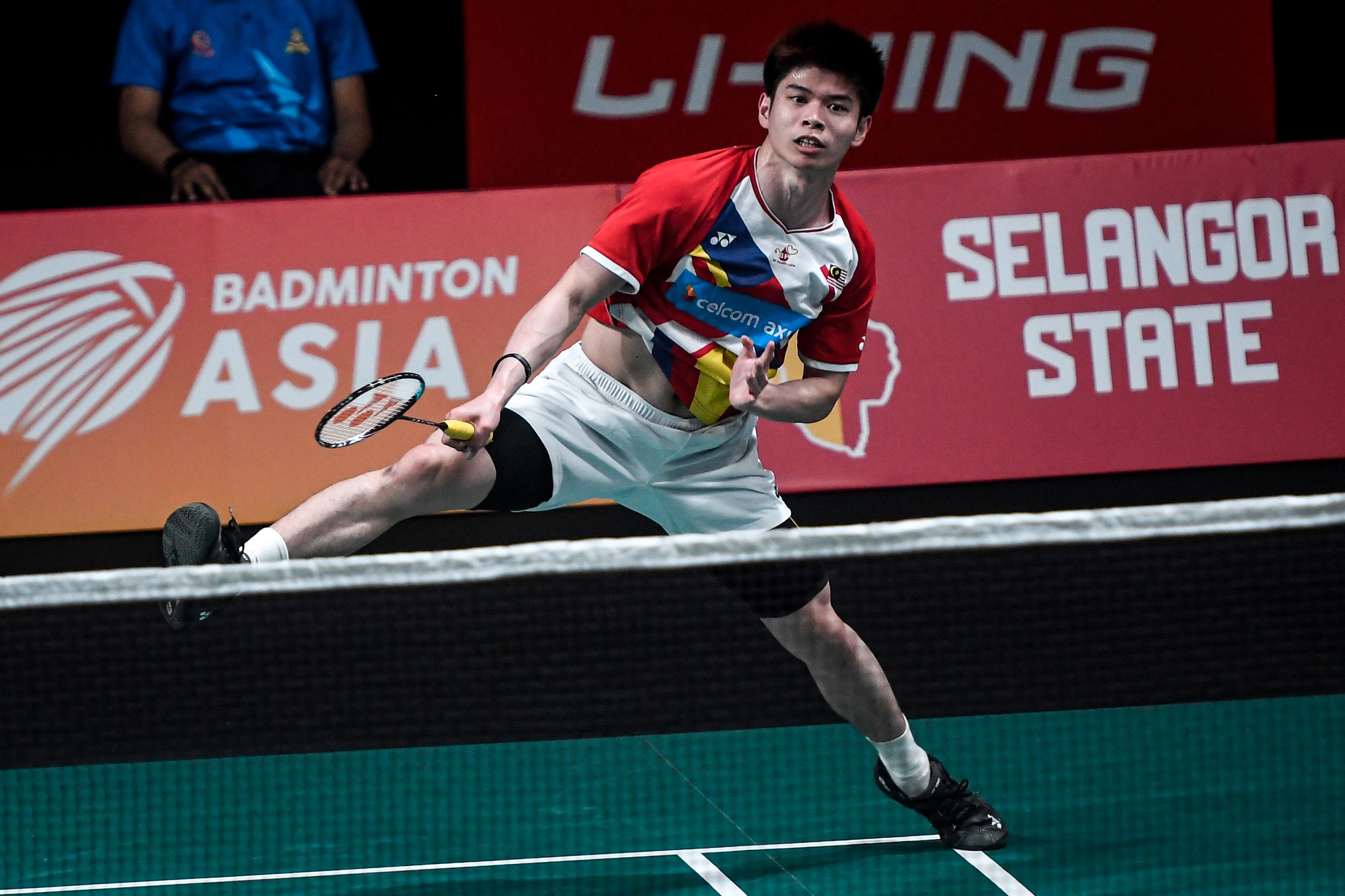 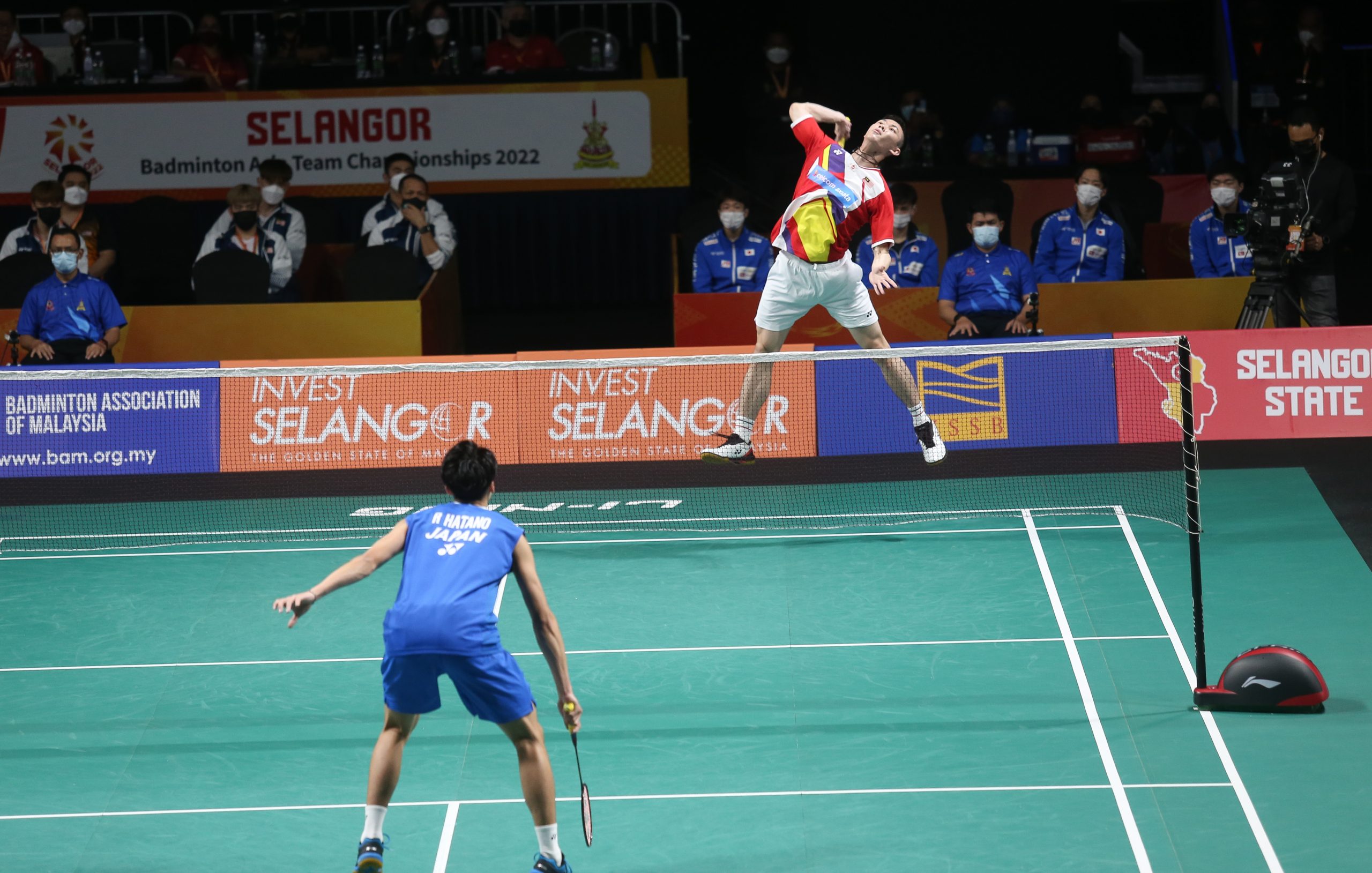 The Malaysian men’s team were stretched into a decider before edging Japan 3-2 in the final Group B match of the Badminton Asia Team Championship 2022 at Setia City Convention Centre, tonight.

With Malaysia trailing 1-2 behind the Japanese after the third match, the second pair of Goh Tze Fei-Nur Izzuddin endured a hard match before winning 17-21, 21-17, 21-17 to put Malaysia back on level terms. 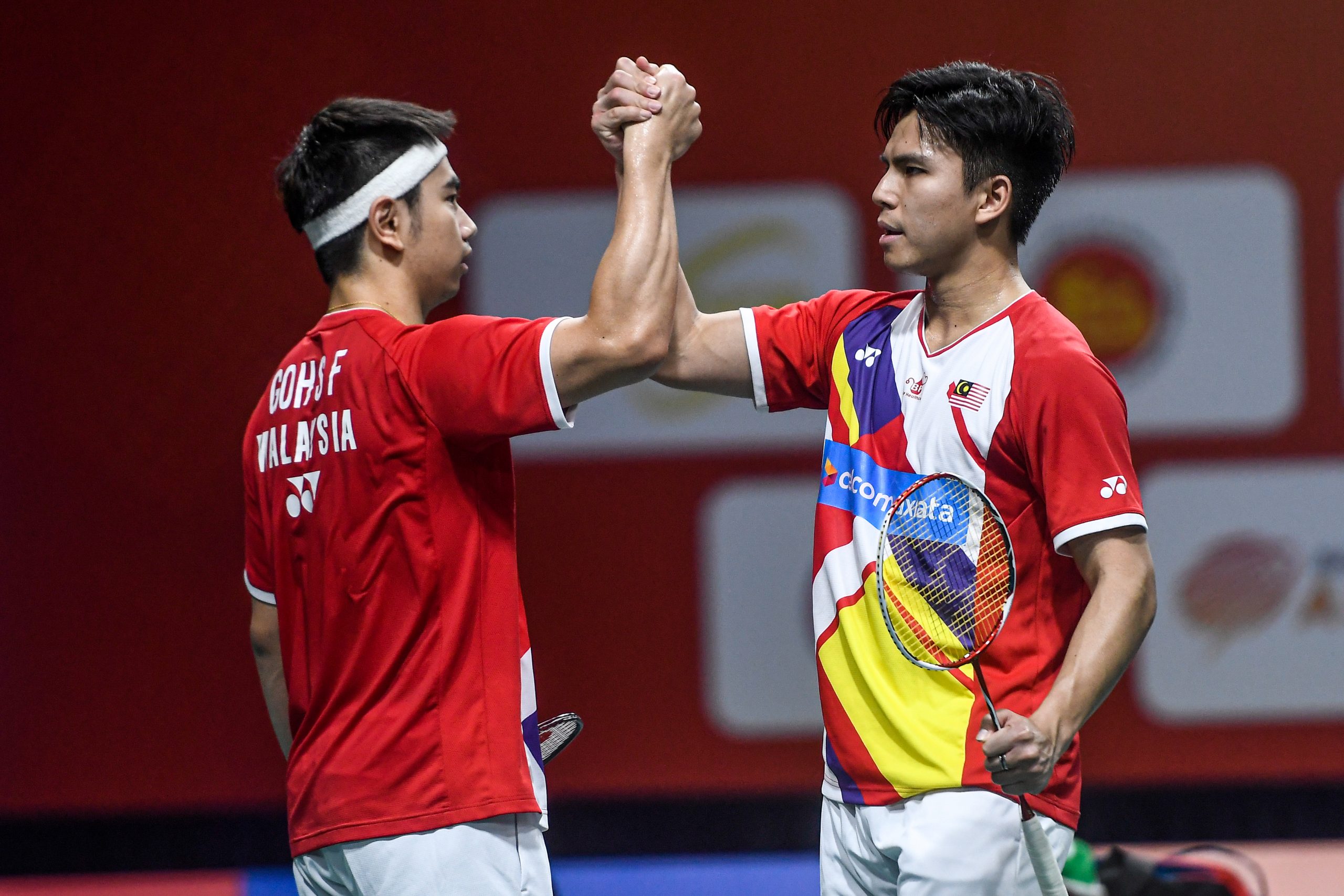 It was left to third singles Leong Jun Hao to deliver the winning point in the decider and the 23-year-old successfully strut his stuff to win 21-18, 21-16, ensuring Malaysia’s position at the top of Group B.

Lee Zii Jia had earlier delivered Malaysia’s first point, but not without giving a scare to the fans after losing 15-21 in the first set to the 343rd-ranked Riku Hatano, whom Zii Jia described as having almost the same style of play as Japan’s No.1 Kento Momota.

Zii Jia however was quick to react with a convincing 21-6 in the second set to force a rubber. The Kedahan professional player then sealed the tie, prevailing 21-15 over Hitano in 56 minutes.

“I started a bit slow in the first set as I couldn’t control my shot due to the wind. Riku forced me into making errors but I kept my calm in the second to bounce back. After leading 11-10 in the rubber, I started to enjoy my game and my confidence grew stronger. It’s not my best performance but, it’s the point that matters,” said Zii Jia after the match.

Expectations were high as Malaysia’s top pair and world no.7 Aaron Chia-Soh Wooi Yik stepped onto the court for the second tie. However, it was evident that they were not in their usual form and struggled against Ayato Endo-Yuta Takei throughout the 30-minute match and eventually, lost 21-23, 16-21 to allow the Japanese team to draw level 1-1.

“We lost our focus as the Japanese pair were playing quite well. This is something we need to work on…hopefully, we can bounce back in the semi-finals,” said Aaron after the match.

Second singles Aidil Sholeh, playing in his second match in the tournament, started well after winning 21-19 over Koo Takahashi but fizzled out in the next two sets, losing 16-21, 15-21 in the match which was dragged for 1 hour 16 minutes.

It was then up to Malaysia’s second pair Goh Tze Fei-Nur Izzudin to put Malaysia back in contention. The duo lived up to expectations but had to dig deep before posting a 17-21, 21-17, 21-17 win to put the national team back in contention. “The Japanese pressured us with their aggressive style of play in the first set, especially in the middle front. But we managed to keep our composure, communicate better and win the match,” said Goh.

In the deciding match, Leong Jun Hao was given a tough time in the first set before dumping Koshiro Moriguchi 21-18, 21-16 in 44 minutes and delivered Malaysia’s winning point.

The men’s team semifinals tomorrow will pit Indonesia against Singapore while Malaysia will take on Korea in the other semifinals tie.

Indonesia men’s team ended their Group campaign on a high, winning 3-2 over India in their last tie to remain on top of Group A. However, first singles Chico Aura Dwi Wardoyo started on a wrong note after suffering a 21-18, 27-25 defeat at the hands of world number 13 and Indian Open champion Lakshya Sen.

Mithun Manjunath reduced the final gap for India in a marathon rubber game which ended in the Indian winning 21-12, 15-21, 21-17 in an hour-long match.

KOREA, meanwhile, secured the other semifinal spot following their 4-1 win over Hong Kong, who were hoping to start with a win by fielding their top-ranked shuttler Angus Ng in the first singles tie. However, the world number 9 suffered a shock, losing to Jeon Hyeok Jin, who had shocked India’s Laksya Sen on Tuesday, with a straight game of 21017, 21-18.

However, Jin Yong-Na Sung Seung stepped up confidently to seal the tie and gave the Koreans the winning point with an easy 21-11, 21-9 win over Chow Hin Long-Lui Chun Wai in 24 minutes.

JAPAN women’s team sailed through into the last four after defeating India 4-1 in their last Group Y tie with Hina Akechi delivering the winning point in an easy second singles 21-12, 21-16 win over Tara Shah.

Japan had led 2-1 through first singles player Natsuki Nidaira and the first pair of Rui Hirokami-Yuna Kato. While Hirokami-Kato had an easy game over Khushi Gupta-Simran Singh, Nidaira however was dragged into three sets before winning over Aakarshi Kashyap 21-13, 18-21, 21-15.

The women’s team semifinals encounter tomorrow will see Indonesia move into final after Japan decided to pull out while Malaysia meet Korea in the second semifinals.