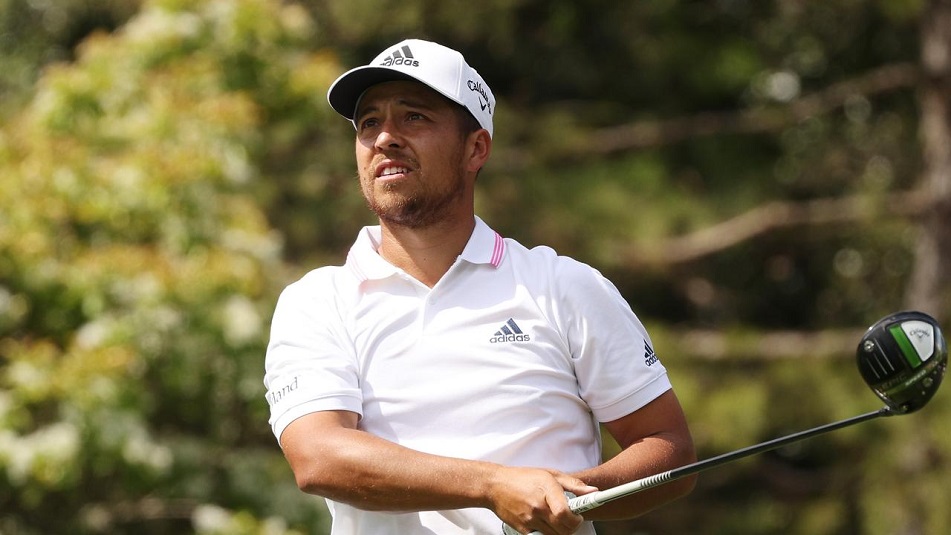 One record-tying round of 8-under-par 63 was matched by another as Xander Schauffele of the USA supplanted Sepp Straka of Austria atop the leaderboard during Friday’s second round of the men’s Olympic golf competition at Kasumigaseki Country Club.

While Schauffele appears headed to a 1-stroke lead over Carlos Ortiz of Mexico, two afternoon weather delays cut short an official conclusion to the day, stranding 16 players who now must complete their round Saturday at 7:45 a.m. local time. Fortunate for Schauffele and Ortiz, they were in the last two groupings to complete their round.

Among those returning to complete the second round Saturday was the host country’s great hope, Masters champion Hideki Matsuyama, who birdied his two remaining holes to post 7-under 64 to reach 9-under and secure a spot in the final grouping for round three with Schauffele and Ortiz .

“My feeling is not that great, but I am coming into the weekend with a good condition,” said Matsuyama after his 64. “I would like to get myself in shape and I would like to deliver my good performance (for round three).”

So, as it currently stands, Schauffele leads the chase for Olympic gold at 11-under-par 131 following a round that featured two eagles and six birdies, including three straight to finish his round. In doing so, he equaled the Olympic record that was established in golf’s return at the 2016 Rio Olympics and matched Thursday by Straka.

Ortiz, who took the lead earlier in the day at 10-under on the strength of an eagle-2 at the shortened 294-yard 6th hole which Schauffele also eagled, finished at 67—132. Matsuyama sits two off the lead at 9-under (64) after notching a bogey-free round, including birdies on holes 17 and 18, which he completed Saturday. Three players are in at 133 – Straka (71), Mito Pereira of Chile (65) and Alex Noren of Sweden (67).

Still, the day’s headline belonged to Schauffele, who was glad to finish but wished he could have kept going. “I just kind got in a nice flow there at the end,” he said. “Kind of one of those situations where I wish I could play some more holes. It was nice to sort of make that last putt on 18 before the they blew that horn.”

He had just made his eagle-2 and was on the par-3 7th when play was first suspended, then bogeyed the hole once play resumed two hours later. “So I bogeyed my first hole coming out of the delay, wasn’t in a great spot and was able to make a birdie quickly right after to sort of settle the ship,” said Schauffele, who then shot 5-under 30 on the back nine. “So yeah, I was happy with how I finished.”

Ortiz, meanwhile, finds himself well within striking distance of medal contention heading into the weekend. “I’ve learned that it’s much easier from the fairway,” he said, noting the difficulty of the thick rough. “I think when you’re in the fairway you’re able to be aggressive with the greens being so soft and the greens being this perfect it’s great to once you start getting the right reads, it’s easy to make putts. I feel like I’m in good position and I like where I stand.”

Among those moving into contention include Irish teammates Shane Lowry and Rory McIlroy, whose rounds of 65 and 66 put them at 7-under-par 135, catching Jazz Janewattanond of Thailand (71).

Now it’s a matter of waiting for the second round to conclude before resuming as intended … provided, that is, the weather doesn’t further disrupt the schedule as it has the first two days.