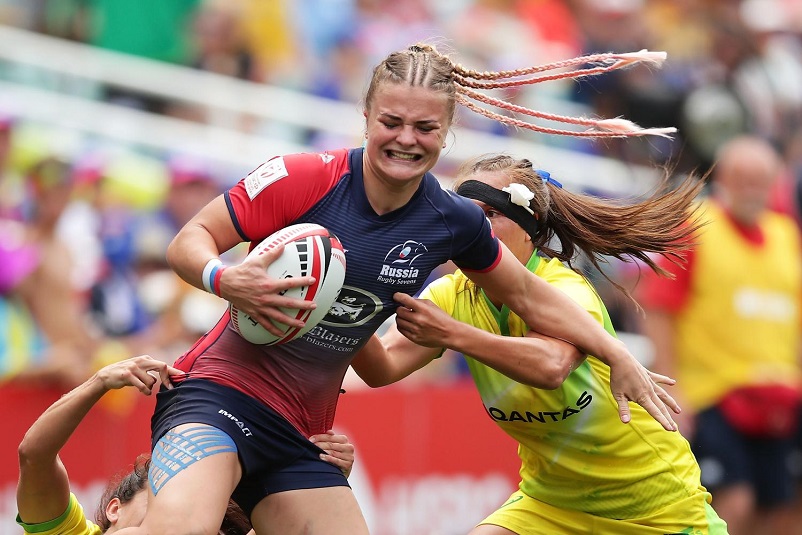 As the countdown to the Olympic rugby sevens kick off at Tokyo Stadium on 26 July gathers pace, World Rugby has produced a Tokyo 2020 Media Guide, which is now available in English and French, with a Japanese version to follow this week.

The Media Guide features a preview from World Rugby Chairman Sir Bill Beaumont, alongside a wealth of competition information, including profiles and squad lists for the 24 participating teams, an A-Z of rugby sevens stars to watch, a timeline of rugby sevens’ history, as well as interesting statistics surrounding the Rio 2016 and Tokyo 2020 Olympic Games.

In addition to the Media Guide, World Rugby will also be producing statistical documents, similar to those for each event on the HSBC World Rugby Sevens Series, both in advance and during the competitions. These will include squad lists, team/player highlights and head-to-head records.

Rights free images from each day of the Olympic competition will be available to download. Images should be credited ‘World Rugby / Mike Lee’.

The Media Guide, rights-free images and statistics will be available for download via the World Rugby Media Zone.

The newly updated Olympics sections of the World Rugby website includes the latest news and features in the build-up to Tokyo 2020 and key information about the competing teams; their qualification journey; rugby sevens FAQs, as well as the fixtures, results and pools as provided by the IOC.

Following the launch of the ‘This is how we sevens’ marketing campaign earlier in 2021, World Rugby’s social media platforms will host special Olympic-focused content strands such as the “Ultimate Rugby Challenge” and “The Open Side” as well as plenty of creator collaborations across platforms such as Tik Tok and Instagram during the Games. Fans can follow the rugby sevens social media activity from the Games using #rugby7s across the digital platforms.

‘THIS IS HOW WE SEVENS’ CAMPAIGN >>

Rugby sevens is expected to be one of the most highly anticipated events of Tokyo 2020 following the outstanding success of Rugby World Cup 2019 in Japan, which captured the nation’s imagination with record-breaking broadcast audiences and huge numbers of new rugby fans across Japan and Asia.