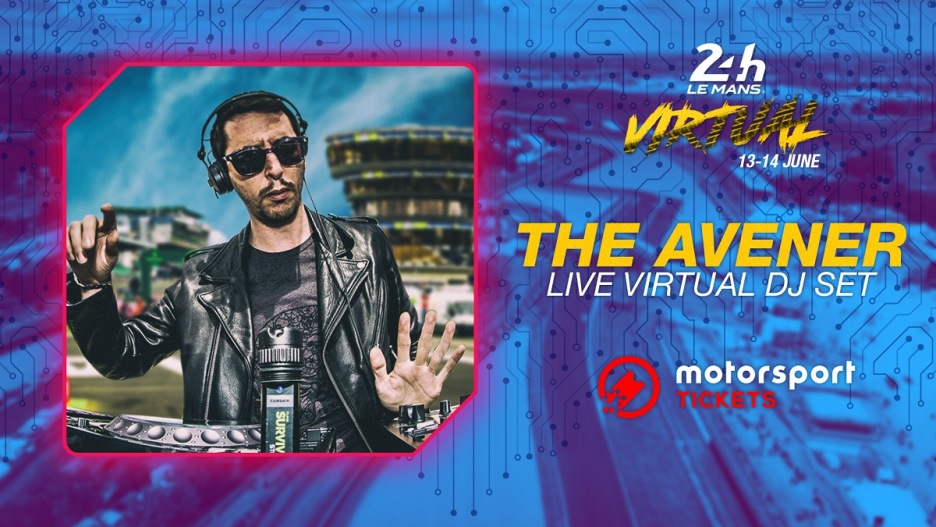 Just as the 24 Hours of Le Mans Virtual won’t be a typical edition of the famed endurance race, but will nevertheless entertain and excite fans around the world, Tristan Casara – aka The Avener – isn’t your typical DJ/Producer ….and he’s going to take entertainment to the next level during the weekend of 13/14th June with a very special, live virtual performance!

The Frenchman will perform an exclusive 45-minute live set during the night of the 24 Hours of Le Mans Virtual, echoing the live music concerts which traditionally take place during the real event. Music and motorsport have long been associated, and fans around the world will be able to hear all of his best hits which will be guaranteed to keep the pulses racing while the drivers keep lapping the famed Le Mans track.

Universal Music France and A&R Studios The Avener is a certainly a master when it comes to operating his electronic equipment, sound chips and computer assisted music software, as the professional racing drivers and sim racers competing in this unique event are masters behind their sim rigs.

He is first and foremost a musician who, since the age of five, has studied classical piano at the Nice Conservatory. Best known until now for producing “Fade Out Lines”, a rework of a Phoebe Killdeer song which became a global hit with more than 2 million sales, The Avener has combined his love for Deep House and Electro as well as influences from rhythm’n’blues and Soul that go way back. He became the WEC Music Ambassador for the 2015 WEC season, playing a special set in the Fan Area at each of the championship rounds.

Since then he’s produced the “The Wanderings of The Avener” album which went directly to No.1 (physical and digital) with more than 10,000 sales in the first week, earning triple platinum discs in France, platinum and gold in more than 10 other countries and awards everywhere. This year he has brought out his second album, “Heaven” and a tour is planned for 2021.

The Avener’s set will begin on Sat 13th June at 11.00pm French time in the middle of the race .