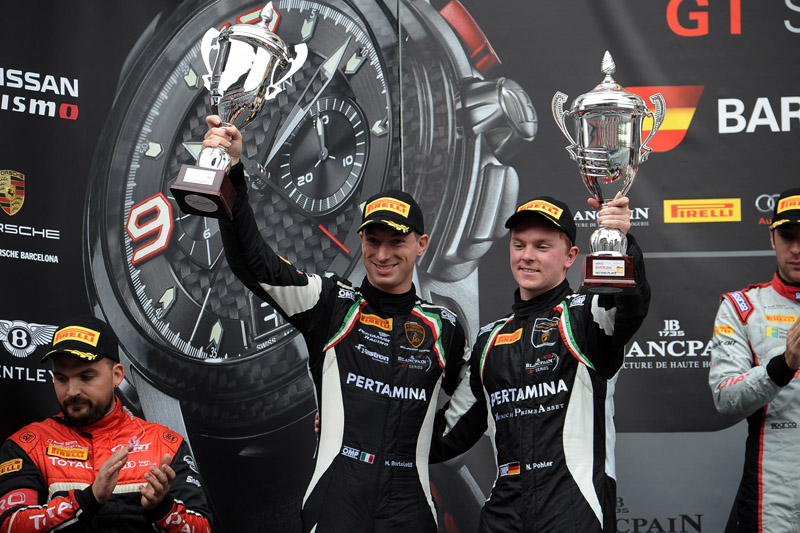 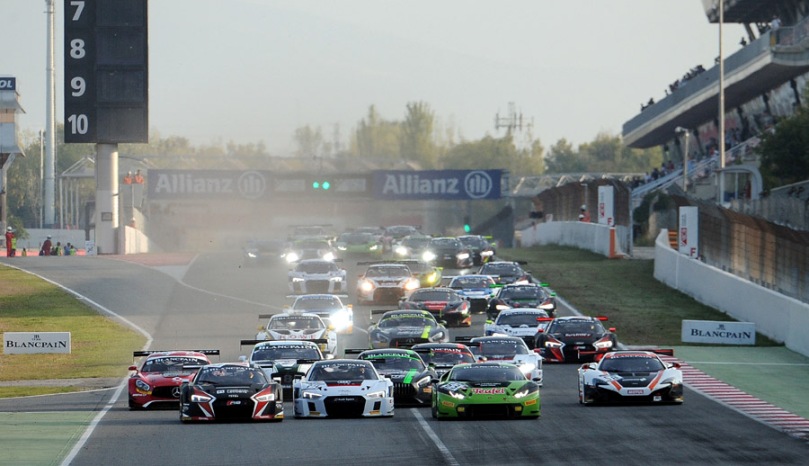 GRT Grasser Racing Team was in action twice this weekend during the final events of the season of  ADAC GT Masters at Hockenheim and Blancpain-GT-Sprintserie at Barcelona. And both events brought top results again for the squad of team principal Gottfried Grasser.

“It was a worthy end to the season”, the Austrian stated gladly. “We had a few problems during this year concerning BoP and tyres, for example. Having met the challenges of two highly rated European racing series in two different locations in such a convincing manner really makes me proud.” Grasser was adamant to express a very special “Thank you” to his whole team: “The guys are working day and night, delivering a great performance. The car that finished at the podium at Barcelona this weekend has been completely rebuilt from scratch. It only exists since one week as we hat quite a serious crash in testing recently.

To make it to the podium immediately with this car  really makes me take my hat off to this team,” at  Hockenheim  the race weekend started with a few difficulties on Saturday as  Rolf Ineichen had a little off during a very fast qualifying lap on a wet track and so ended up only P10 on the grid. After suffering from an additional drive-through penalty during the race the Lamborghini Hurracán number 63 finished in 9th position, “otherwise we would have made it to the podium as we really had made good progress during the race,” Grasser said.

On Sunday  Christian Engelhart soon made it up to third from P4 on the grid, while also  setting fastest lap of the race. “At the start I was able to overtake one of the three leading Porsche cars and then close the gap,” Engelhart recalled.

“Afterwards it war a close fight between the two Porsches, me and the Corvette which was very fast on the straights.” A drive-through for on of the leading Porsches  meant even P2 for Rolf Ineichen after he had taken over driving duties from his Germen teammate, but after the race was red flagged due to the accident  of  Jules   Gounon (Corvette), the big advantage of already 20 seconds ahead of P3 was gone.

At the re-start Ineichen had a few troubles while his tyres where not on temperature and was passed by two opponents, so they had to settle in fourth place finally.  “But in general I think we did a really good job over the whole year”, said Engelhart, and Grasser was also content: “We had the fastest car in the field today – that´s about he best way to finish the season.”

“If somebody had told us before the start of the season that we would achieve so much already during our first year at the GT Masters, for sure we would not have dared to dream of it. On the other hand once you have been successful already you want more of it. That´s why I see also this result with mixed feelings,” Ineichen said.

“There was clearly a chance for P2. But I was  lacking pace in the beginning on cold front tyres and so the other two managed to get by. Afterwards I could easily keep up with them but was never able to pass again, which is a bit annoying.” Nevertheless he emphasized being quite happy with the outcome of the season: “We managed to get ten wins in the trophy category, that´s something we can be really proud of.  It is only due to the point system that I did not win the championship there.

But as my Swiss fellow countryman Remo Lips (winner of the 2016 trophy category) is driving with a silver driver, while my teammate Christian is a gold driver, all his points are multiplied with factor 1.5, mine with 1.0 – but of course this is generally correct.”  He wanted to thank the whole team “which always worked very hard to perfectly prepare our cars. We always had a top car. Special thanks to Gottfried who always gave it all to extract event even the last few tenths from the car, and to my teammate Christian. Without him all our success would not have been possible.” 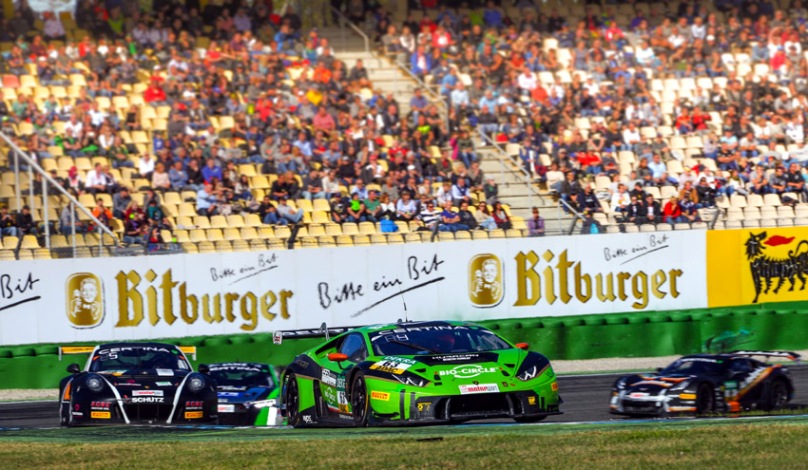 Winner of the silver cup championship in Barcelona

At the Blancpain-GT-Sprint-Series final at Barcelona  Nicolas Pohler and Mirko Bortolotti achieved a podium finish, claiming P2 for GRT. On Sunday they ended up in P5 after Pohler had been spun around at the start, losing quite a few positions: “This was really a pity, but we managed to fight back with Mirko, which showed that the speed was really there. It was a very strong performance.”

Luca Stolz and Michele Beretta  also impressed with a very special performance: After being hit by a lot of bad luck in the qualifying race they had to fight back from P28 on the grid on Sunday. Due to great speed and a perfect strategy they managed to climb up to P7 which was enough to win the Silver Trophy: “Great to still have achieved this,” Stolz was ever so happy. “Thanks to the Grasser team for the perfect pitstop and the great strategy.” Team principal Grasses was proud of his two young drivers as well: “Winning the Junior title in the  Blancpain series is a great achievement. But in general it was a great performance of the whole team to bring both cars into the Top Ten again, like at Nürburgring.”

Now Grasser is already looking forward to the winter program and next year: “We will take part in the classic Daytona (24h) race and also in the 24 hours of Dubai with two cars. In 2017 we will participate again in the  ADAC GT Masters as well as in the Blancpain GT Series. And then for sure we will have a go at the championship!”   But before already next weekend GRT Grasser Racing will race the 24 hours of Brno (CZ)  with the GRT Lamborghini Huracan GT3 (#963) with Rolf Ineichen (CH),  Adrian Amstutz (CH) and Andrea Caldarelli (I)..