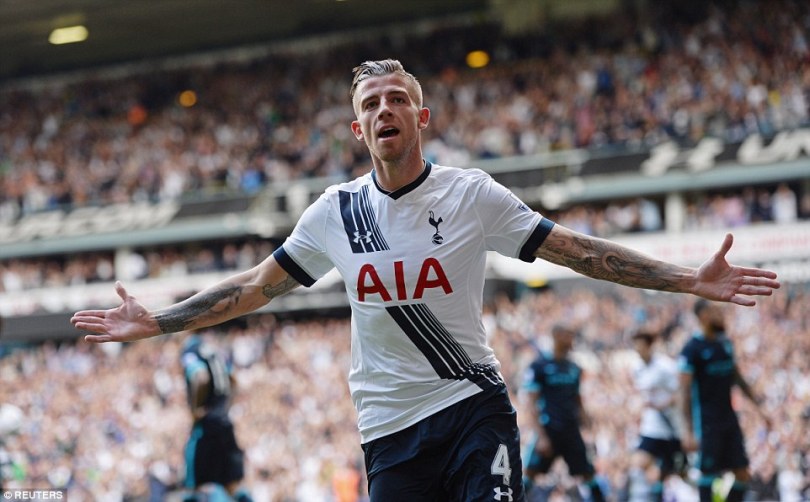 Mauricio Pochettino insists the frustration of Tottenham’s recent barren run won’t become a distraction as his injury-plagued side look to get back on track in the Champions League.

A 1-1 draw against Leicester on Saturday left Tottenham manager Pochettino counting the cost of five games without a victory.

West Bromwich Albion, Bournemouth and Bayer Leverkusen also held Tottenham to draws, while Liverpool knocked them out of the League Cup.

Those setbacks have punctured the buoyant mood at White Hart Lane since their impressive win against Manchester City.

But Pochettino knows injuries have been at the root of Tottenham’s problems and he hopes the results will pick up once the wounded return to action.

Harry Kane and Toby Alderweireld are still recovering from ankle and leg injuries respectively, while Moussa Sissoko is out suspended and Erik Lamela has been ill.

Kane and Alderweireld could return either against Leverkusen in the Champions League at Wembley on Wednesday or in the north London derby at Arsenal at the weekend.

Asked if he had endured a spell in management as frustrating as this, Pochettino said: “I don’t remember having one.

“It is hard because the players come, maybe not injured, but with many problems and maybe play two games and with the small problems we have with Toby Alderweireld, Harry Kane, Sissoko’s suspension and Erik Lamela on Saturday.

“Yes it is true it is a tough period when you play, play, play that you need all the squad available, but you need to adapt to the competition and we are happy.

“It is true we are disappointed with the last few results but in the same way we need to take positives in and keep working.”

Tottenham remain unbeaten in the Premier League and are second in Champions League Group D, but they have a tough month ahead that will play a major role in determining the course of their season.

The crunch games against Leverkusen and Arsenal come before two more grudge matches against London rivals West Ham and Chelsea, either side of a trip to Monaco in the Champions League.

“I never panic,” Pochettino said. “In football, no. When I go to the streets sometimes I am scared to walk on the street because you never know there are crazy people there, but in football never.

“In a bad period we are also very positive because we are unbeaten. Maybe we don’t win but we don’t lose and that is important.

“But we have ahead two very important games Leverkusen will be key for us and Arsenal too because it is the derby.”

Kane’s return cannot come soon enough for Tottenham, who have struggled for attacking fluency and penetration without their first-choice striker.

Vincent Janssen scored his first Premier League goal from the penalty spot against Leicester but the Dutchman is yet to register from open play for his new club and would appear to need more time to settle.

Pochettino was also keen to stress his midfield’s contribution.

In the five league games since Kane’s injury, Dele Alli and Son Heung-min have each scored twice but the likes of Christian Eriksen, Lamela, Sissoko and Mousa Dembele have all failed to find the net.

“Dele, Christian, all the players in the second line, need to be more determined to score,” Pochettino said.

“We cannot only have all the pressure on our striker. Our second line need to score more and maybe we are lacking that goal this season.

“We don’t concede but we don’t score too much and I think we need to because we are creating enough chances but we need to be more determined to score.” – Agence France-Presse