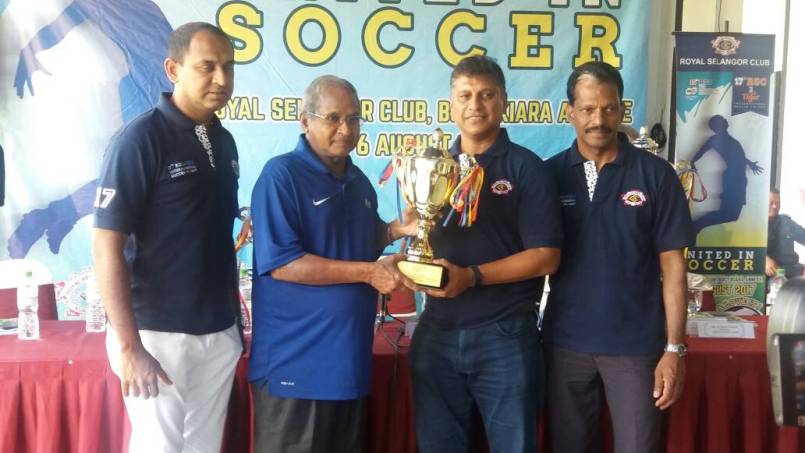 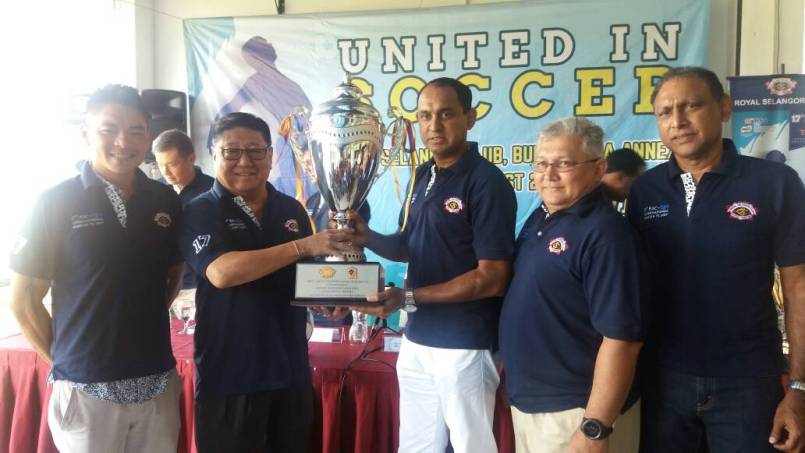 TWO all-girls team will be making heads turn this year at the 15th RSC Milo Under-12 International Soccer 7s to be held at the RSC Bukit Kiara Sports Annex on 5-6 Aug.

While the tournament has seen girls compete by playing in boys teams in the past, this will be the first time the tournament – which has grown in reputation – will see two all-girls squad.

One team is a Malaysian team – Supergirls Subang Jaya – and the other is Singapore’s GDT Circuit FC.

A total of 20 teams will be competing in the junior Under-12 category which has been divided into four groups where they willl play in a league format before moving into the Cup, Plate and Bowl competition.

Organising chairman, St John Davies, in his address at the Press Conference said that besides the debut of the two all-girls teams, there were also several other firsts in the tournament.

“We also have a new country competing in the tournament where United Veterans Kolkata from India compete in the Masters category.”

Other foreign teams competing in the RSC Internationals 7s in Masters, Grand Masters and U-12 categories are from Singapore, Thailand, Maldives, Holland and Australia.

The two days of competition indeed promises to be a fun-filled weekend of football carnival.

The Masters, is the above 40 category, will see  16 teams compete, the Grand Masters category, for those above 50, will see 16 teams battle out this year and 20 teams in the junior competition.

RSC teams apart from participating competitively in the Selangor state league, the RSC Soccer Section, which has about 100 active social soccer-playing members, will be represented by one team in the Masters category and two teams in the Grand Masters category.

In the Masters and Grand Masters categories, it is not uncommon to see former internationals turn up for some of these teams and it serves as a great opportunity for younger players to meet these idols.

“The legends surely would inspire the young aspiring stars, players who may someday represent the country,” added Davies.

Among the regulars teams from overseas who compete in the RSC International Soccer 7s are Australian side Swan District, Singapore’s JSSL and Soccer Mates from Maldives.

Regular local teams include academies such as the CIMB YFA, Bintang Biru Penang and Harimau Mega FC from Johor.

RSC is among the pioneer clubs to have initiated a Junior Soccer Development Programme-JSDP, playing a significant role in the development of the game in the country.

Initiated in 2002, the RSC JSDP has produced players who have gone on to play for the state and national teams. Players like Pahang’s R. Kogileswaran, Kuala Lumpur’s President’s Cup player Daniel Ong, former Harimau Muda player Nicolas Wee, Damien Lim of Harimau Malaysia and Selangors Davidson Tan of Harimau Malaysia and KL to name a few.

Indeed, another fun-filled, exciting and competitive weekend is in store come  5-6 August.