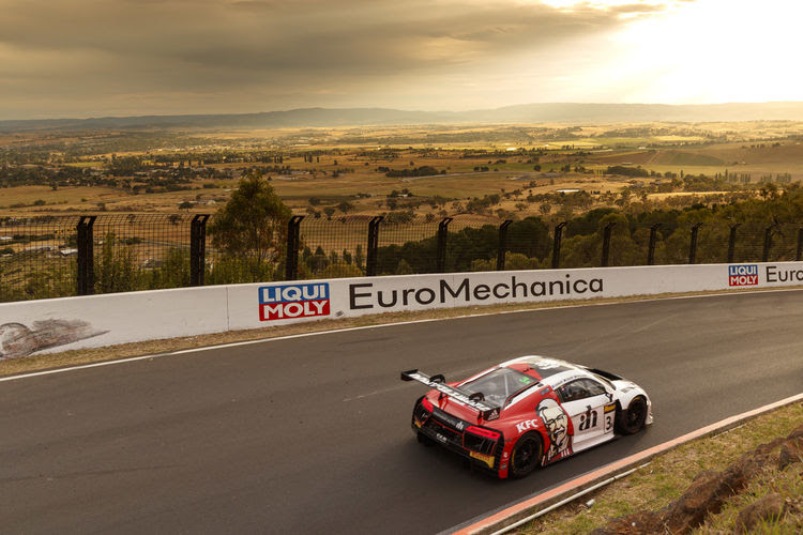 Several customers of the Melbourne Performance Centre finished Australia’s major endurance race at Mount Panorama without any setbacks. In the Pro-Am classification for mixed driver line-ups, the two New Zealanders Daniel Gaunt and Matt Halliday together with the Australian Ash Samadi mounted the podium following an impeccable race.

“Sincere congratulations to our customers on their success in class and the distance covered,” said Chris Reinke, Head of Audi Sport customer racing. “Many major teams suffered severe setbacks today, but our privateer campaigners showed what they are capable of with the Audi R8 LMS.”

Like hardly any other running of the iconic Australian endurance race before it, the event this year was shaped by incidents, caution periods and accidents that Audi customer teams were not spared from either. Frank Stippler’s R8 LMS fell victim to an accident shortly after the start.

The German, having suffered two injured ribs, was taken to a hospital where he remained for observation – the race having ended for him and his teammates Robin Frijns and Markus Winkelhock after only six laps. Four hours into the race, Christopher Mies in the sister car of Team Jamec Pem Racing was struck by misfortune as well. An attack by a rival forced his mechanics to replace some suspension components.

As a result, Mies, Christopher Haase and Garth Tander lost seven laps, making up ground afterwards to finish in position 13. Last year’s class winners Greg Taylor and Nathan Antunes, supported by Elliot Barbour this time, were leading the AM-Class in another Audi R8 LMS up until the race’s midpoint, but retired following an excursion and resulting damage.

Now Audi’s customers are preparing for the beginning of numerous national and international championships. Kicking off in just four weeks’ time will be the Australian GT Championship in which Audi has traditionally been represented strongly and has previously won two titles with the Audi R8 LMS.