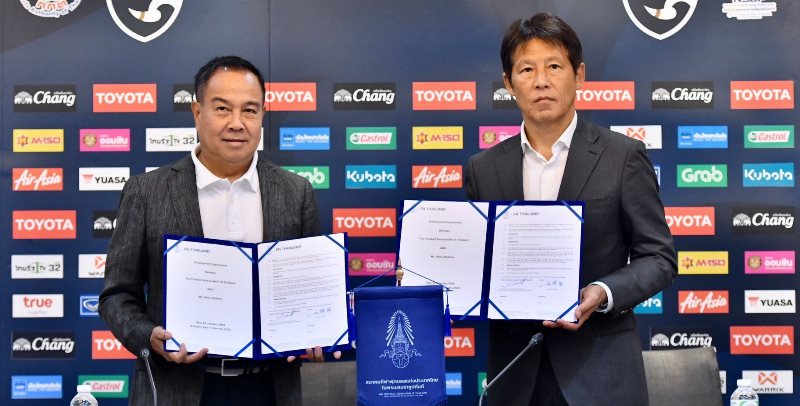 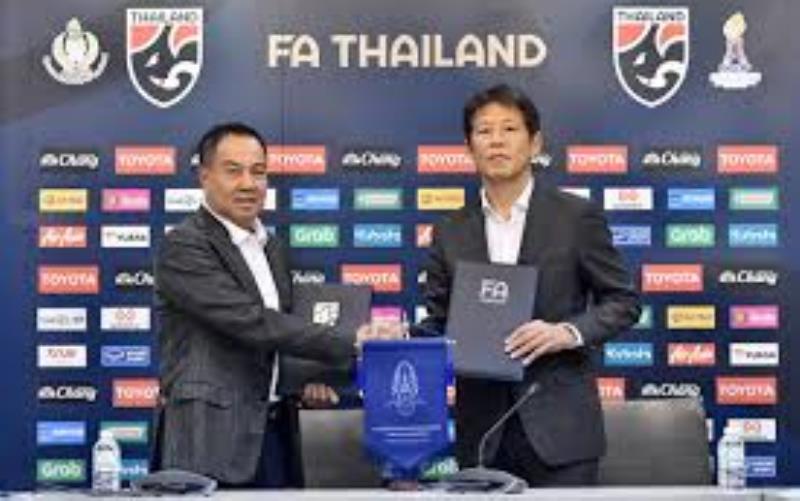 The FA of Thailand (FAT) have extended the contract of head coach Akira Nishino for a further two years.

“We are happy with Nishino’s performance and good work and agreed to let him set the foundation for the development of Thai players,” said Thai football chief Somyot Poompunmuang.

“I am confident that the Thai national teams, under coach Nishino, will produce good results in the future. We are open to extending the contract even further if there is a noticeable improvement in Thai players, but I realise that this will take time.”

Nishino will be in charge of both the national senior and U23 teams.

“I received warm support from the fans and also media. I understand the football fans have high expectations over the national teams, so, I will reciprocate to them with my best efforts,” said Nishino.

“I think the Thai teams have improved to a certain level. Everything needs time and it is not only the national training camps that matter — the players also need to develop a great deal at their clubs.”