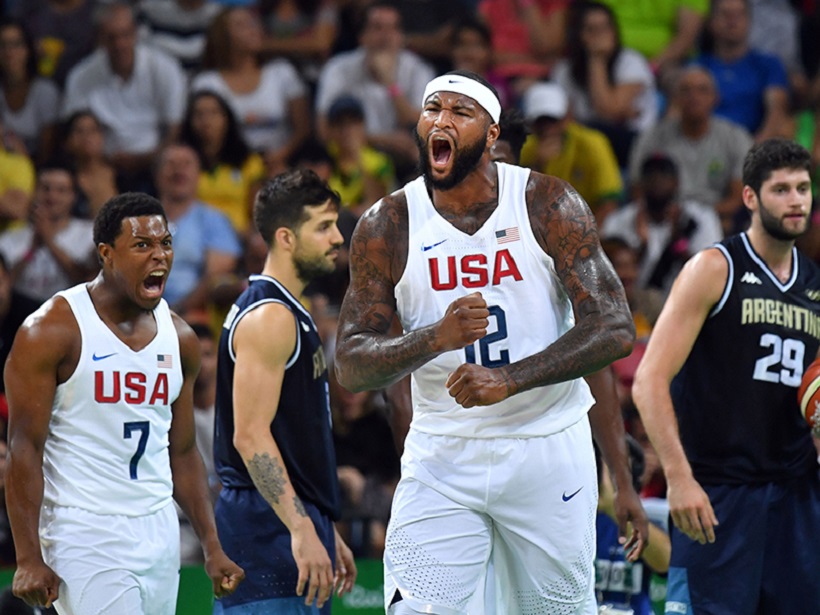 The Americans stretched their Olympic win streak to 23 games and their 10-year overall win streak to 74 since losing to Greece in the 2006 World Championship semi-finals in Japan.

After their slimmest wins in the Olympic streak — three-point group-stage triumphs over France and Serbia — the US NBA stars started slow but showed top form against a veteran foe.

“I think we got our swagger back,” US guard Paul George said. “We were confident shooting, we were aggressive, we kept our poise.”

“We face them everyday in the NBA,” Spain guard Ricky Rubio said. “We know how tough it’s going to be.”

Australia dumped Lithuania 90-64 and will face either Serbia or Croatia in the other semi-final.

Patty Mills scored 24 points, Aron Baynes had 16 and Matthew Dellavedova added 15 as the trio — who have all won the NBA — sparked an Aussie Boomers side seeking their first Olympic medal.

“We have set the goal of winning the gold medal. Today was just another step in the journey,” Dellavedova said.

“We’re going to have to work hard for it but that’s something we’re willing to do.”

Forward Nikola Mirotic scored 23 points to ignite Spain, which must oust the USA for another chance at gold.

Durant saved a poor US start while his teammates shot 3-of-12 from the floor. The Americans settled for outside jumpers, passed rarely and were outplayed before a timeout.

The US outscored Argentina 27-2 over the next six minutes to seize command at 36-21, looking like the dominant force expected since the roster was named.

DeMarcus Cousins and Durant each scored nine points in the key span.

“We started a little sluggish, recognized the mistake and came out with more energy,” Cousins said.

The USA led 56-40 at half-time and weren’t threatened in the second half, even though screaming Argentine and cheering US fans created an electric atmosphere.

“It was incredible,” Cousins said. “I’ve never been in a crowd like this before. At one point the building was shaking. That was unbelievable.”

George added: “This is really top five. This is amazing.

“We didn’t understand what they were saying but the environment was crazy.”

George had 17 points and Cousins 15. Luis Scola led Argentina with 15 points and 10 rebounds.

Australia’s best Olympic finish is fourth, losing bronze medal games to the USA in 1988 and Lithuania in 1996 and 2000.

“We haven’t gotten the recognition on the world stage because we haven’t won anything. These guys are determined to change that,” Australia coach Andrej Lemanis said.

Led by eight from Mills, Australia outscored Lithuania 20-3 in a key span for a 36-20 second-quarter lead and stayed securely ahead to the finish.

“We came out and threw the first punch,” Mills said. “After that it was a matter of staying consistent and keeping them down.”

Lithuania had played for bronze in five of the past six Olympics, winning three times.

Tony Parker scored 14 points in his final game for France but a 16-6 run put Spain ahead 33-22, and they never looked back.

“We can only be mad at ourselves,” French star Boris Diaw said. – Agence France-Presse