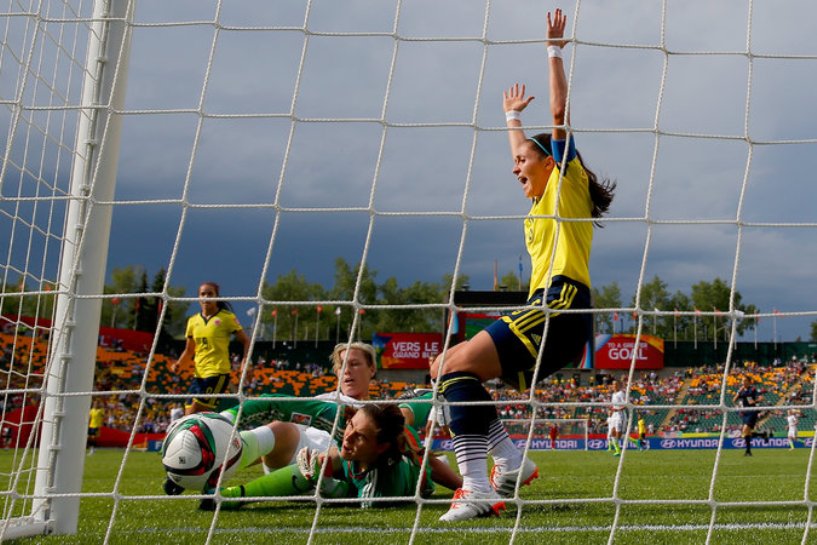 The USA women’s football team’s Olympic winning streak was ended by Catalina Usme’s stoppage time equaliser and an uncharacteristic howler from controversial goalkeeper Hope Solo in a 2-2 draw with Colombia on Tuesday.

Solo has been taunted by chants of “Zika” in Brazil for extravagant social media posts showing her draping a mosquito net over her head to avoid the virus at the Games.

And a big crowd in Manaus that had gathered at the Arena da Amazonia ahead of Brazil’s clash with South Africa later on Tuesday revelled in Solo’s pain when she let Usme’s free-kick slip between her legs to hand Colombia a shock 26th minute lead.

US coach Jill Ellis had left stars Alex Morgan and Tobin Heath on the bench with progression to the last eight already assured, but captain Carli Lloyd did start and made another telling contribution for the equaliser after scoring in the first two games against France and New Zealand.

Lloyd’s driven effort was brilliantly turned onto the bar by Sandra Sepulveda, but Crystal Dunn followed up to tap home the rebound.

Mallory Pugh drilled the USA in front, but their winning streak stretching back to a group stage defeat to Norway in Beijing eight years ago was ended when Usme grabbed her second of the game in stoppage time.

Despite the point Colombia bow out at the group stage.

Two-time world champions Germany sneaked into the quarter-finals despite Melissa Tancredi’s double maintaining Canada’s perfect record in Brazil with a 2-1 win in Brasilia.

Canada topped Group E as Tancredi cancelled out Melanie Behringer’s early penalty before striking the winner on the hour mark for the 2012 bronze medallists.

Germany edged out Australia for second place by just one goal on goal difference after the Matildas smashed Zimbabwe 6-1. However, the Africans’ spirits weren’t crushed on their first ever tournament appearance as they jubilantly celebrated Emmaculate Msipa’s injury-time consolation.

Australia progress to the last eight as one of the two best third-placed sides.

France lie in wait for Canada in Sao Paulo as Eugenie Le Sommer and a brace from Louisa Cadamuro handed them a 3-0 win over New Zealand to take second spot behind the USA in Group G.

Brazil, who have put their struggling male counterparts to shame with thrilling wins over China and Sweden, hope to continue their momentum with five-time World Player of the Year Marta to the fore against South Africa.

In the other game in Group E, China face Sweden in Brasilia with a draw enough to see both sides take the final two quarter-final places. – Agence France-Presse